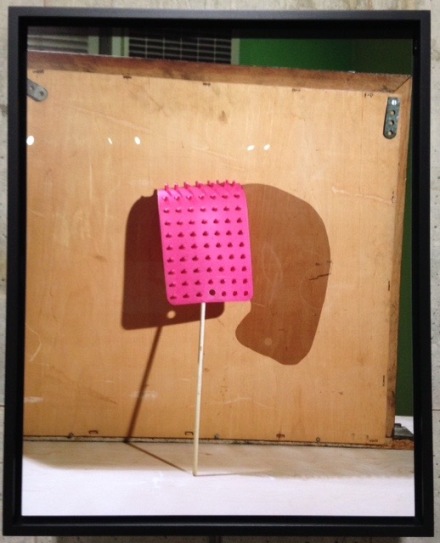 Artist Lucas Blalock’s Low Comedy is currently on view at Ramiken Crucible on the Lower East Side, weaving digital and traditional photography into a hybridized form to create surreal and often comedic images and prints. 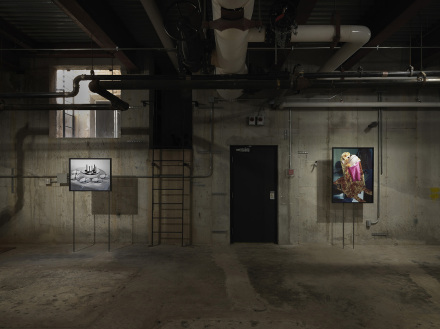 Having previously shown in MoMA’s recent exhibition, Ocean of Images: New Photography 2015, Blalock continues to push the envelope on how photography is defined.  Installed in the gallery’s unique setting underneath an Apple Bank, viewers are invited to engage with a series of works that magnify the growing role of digital photography in fine art practice.  Blalock has remained interested in implementing the basic tools utilized in Photoshop within his large format photographs, using these simple exercises of cropping and highlighting to fundamentally transform the image itself well beyond the original subject matter that sat before his camera lens, always leaving traces that underscore the work’s departure from straightforward photographic technique. 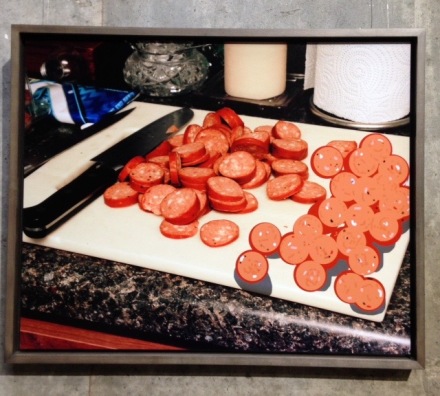 This approach is especially apparent in Double Recipe, where Blalock playfully presents the doubling of what the camera captured alongside his own interventions, taking a pile of sliced pepperoni on a cutting board, and messily replicating them through a computer program. For any viewer, Blalock’s hand remains incredibly apparent; some of the pieces are conjoined and have confetti-like specks, providing a degree of humor and levity for what would otherwise be a static photograph of banal subject matter. 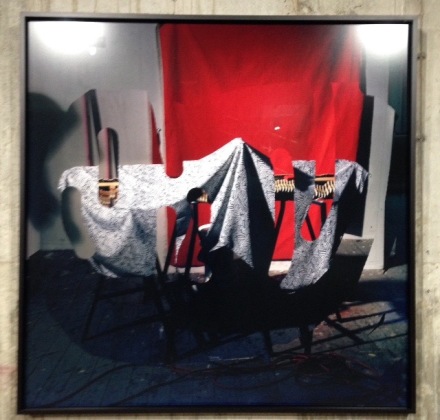 Blalock’s incorporation of digital elements to his photographs de-formalizes subjects that many viewers would otherwise associate as refined. The work, Tessa sitting, for instance, further emphasizes this approach.  Suggests a formalized, nineteenth-century portrait which would have included a scenic background, elaborate clothing and an elegant sitter, Blalock almost completely erases his sitter from the scene, leaving only an empty folding chair draped in turquoise fabric.  Aside from a set of forearms and hands, “Tessa’s” torso, legs, or feet appear to have been completely erased from the print.  Only the draping the of fabric provides a rough outline of a body, and the new face provided her by Blalock is roughly sketched out with few details aside from her nose and eyes.  This work serves as a comedic play on what many associate with portraiture, with Blalock’s digital touches evoking a sense of mystery. 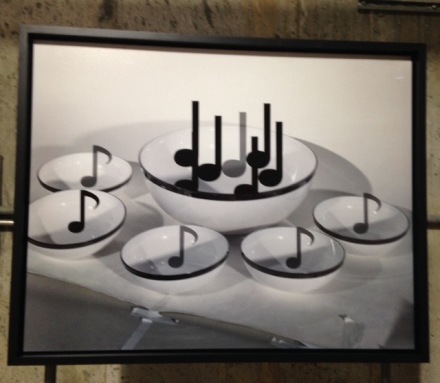 Blalock’s works further emphasizes the malleability that photography has long encouraged, bringing its more material elements to the foreground through a paradoxically digital manipulation of the image itself.  Like the Surrealists, who often experimented with the photographic medium, Blalock continues to further blur the line of what is real and what is enhanced.

This entry was posted on Friday, May 20th, 2016 at 12:00 am and is filed under Art News, Featured Post, Show. You can follow any responses to this entry through the RSS 2.0 feed. You can leave a response, or trackback from your own site.