New York – Tom Wesselman at Mitchell-Innes and Nash Through May 28th, 2016 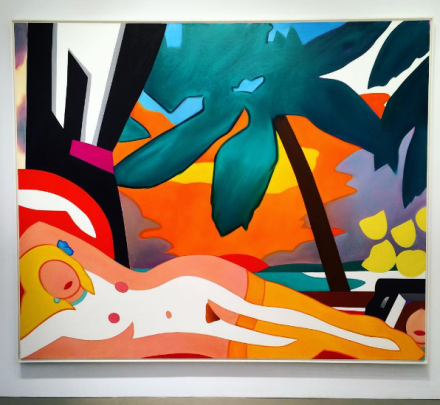 Mitchell-Innes and Nash has opened its doors on a broad, yet impressive career retrospective of the work of Tom Wesselmann, the iconic pop painter whose renditions of mass commodities, American landscapes and the human form defined him as one of the most original voices coming out of the Post-War landscape.  Perhaps best known for his large, shaped canvases depicting lipstick-clad mouths breathing out cigarette smoke, Wesselmann’s interests in painterly technique and the American subject were constantly evolving over the course of his career, even as some of his formal containers and pictorial content remained the same. 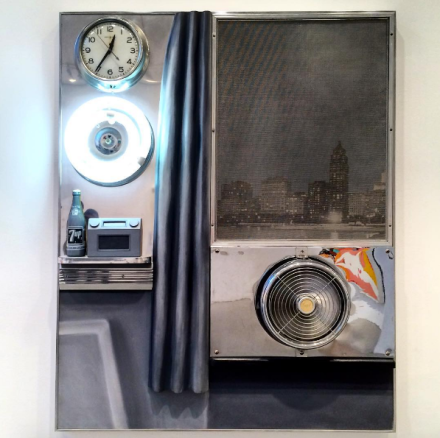 At the core of the show is a striking selection of works from Wesselmann’s “Great American Nude” series, a selection of blocky, deep-hued paintings of the female form that revel in the curves and lines of the human body while removing any notion of identifying characteristics.  Facial features, skin coloration or any other detail has been removed in favor of a wash of sensuous color.  In some, Wesselmann allows the light of the space to wash across his canvases, almost obscuring the figure’s relation to the background, while in others, he strips even the body itself from the work, leaving only lines and negative space. 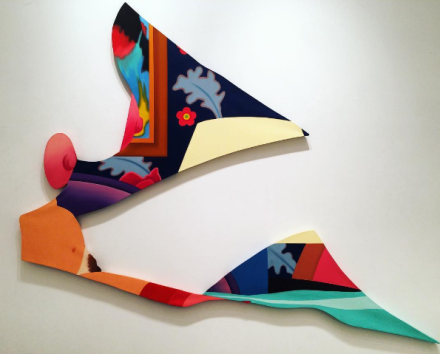 The artist’s careful attention to the language of mass media is striking here, as his pieces often mirror the stylistic and aesthetic approaches to renderings of both products and the human form in play during different eras of American mass marketing.  Wesselmann’s portraits, to some degree, seem as much a portrait of each era’s treatment of the body as commodity, or conversely, as a history of marketing language and form, played out and applied towards a more loosely rendered, obfuscating end result.  His nudes are bodies without identity, linguistic elements in mass marketing campaigns that, turned again from their use as forms for the presentation and sale of goods, are allowed a certain degree of interpretive freedom, even after being stripped of any specific identity. 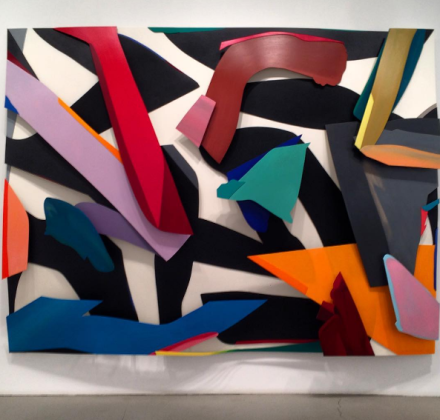 Throughout, this relationship sits at the core of the artist’s work.  Wesselmann’s iconography and painterly world is one in which the identity of the individual is subjected to that of the mass image.  Even in his Interiors, the artist’s paintings are more notable for their detailed inclusions of soda bottles, furniture and appliances than the skyline outside his window, as if the artist’s traditional subject matter is now obscured by his material realities.  Yet it’s the artist’s awareness of this situation that makes his work so interesting, moving further into the language his forms are couched in, and finding a space to free their subjects for a more open expression. 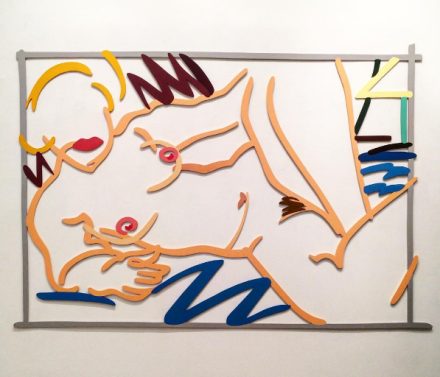 Yet for all of the elements of Wesselmann’s work  which pull from the language of pop, his pieces remain equally impressive in consideration of the craft and attention to detail alone.  The serpentine fragments of his Bedroom Paintings, twisting domestic scenes through slivers of cut canvas, are exceptional feats of assemblage-based acrobatics, as if squeezing full narratives into minimal space.  Wesselman is a craftsman, first and foremost, able to execute these fantastic moments of not merely painterly abstraction, but equally an abstraction of the space afforded him to work.

This entry was posted on Tuesday, May 24th, 2016 at 11:45 pm and is filed under Art News, Featured Post, Show. You can follow any responses to this entry through the RSS 2.0 feed. You can leave a response, or trackback from your own site.