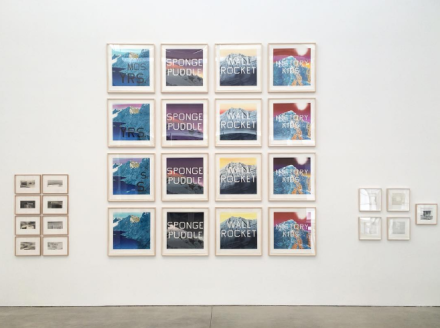 Few artists have left the sort of impact Ed Ruscha has left on the field of small-press and art book publishing over the course of their career.  Ruscha, whose almost constant output of small books of photography, prints and other printed matter, has consistently redefined both the material and conceptual practice of book manufacturing since the 1960’s.  His early pieces in this medium, executed during the 1960’s and 70’s, helped to redefine its practice, shifting the artist’s book from a limited-edition, rare item, to a mass-produced and widely distributed object that was seen as a step towards the democratization of art through its scalable production. 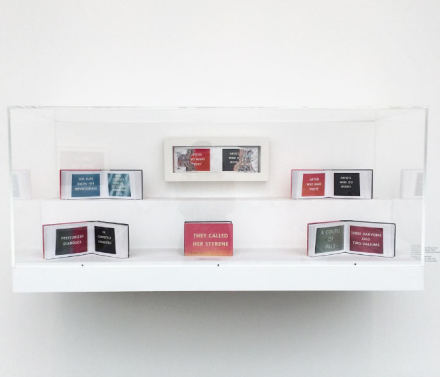 On view at Gagosian‘s LA location, Ruscha’s work with the artist’s book is presented in all of its historical resonance and cultural impact, combining not only a selection of his own books, but also a wide series of the artist’s prints and photographs, and a selection of works influenced by Ruscha’s printed output, ranging from response works by colleagues to a range of more recent print works, paintings and other objects created by artists drawing on Ruscha’s artistic legacy.  Installed as a progression of practices and focal points, the show creates something of an echo chamber in consideration of the artist’s work, tracing his individual works in relation to his collections of works in each book, and those books respective impact on the other artists selected for the exhibition. 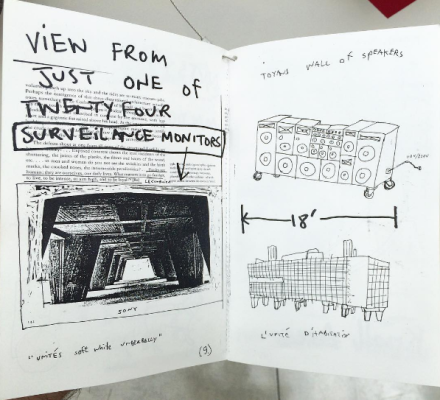 In the first room of the exhibition, one can browse a wide selection of Ruscha’s print works, including a series of his most iconic images.  His Hollywood prints are presented alongside a broad series of photos from his apartments and Los Angeles buildings series, which later appear as expanded series in his print works in the next room.  Another work, Dodgers Stadium, takes a notably more considered and rarely seen approach to the architecture and layouts of his adopted home, peering down from well above the baseball stadium to show the sheer degree of structural planning and impact that the space has on the area around it, and the geometric patterns wrought into the earth by its construction. 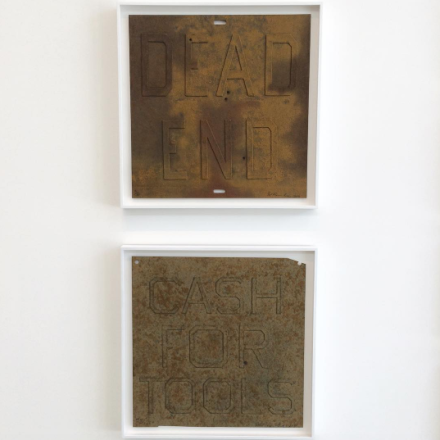 This interest in space and structure, distance and time, finds a fitting counterpoint in Ruscha’s book works in the next room, where a wide number of works are hung from the walls of the space in a manner welcoming free browsing of each’s printed matter.  His Various Small Fires (1964), Every Building on the Sunset Strip, and others are all on view, allowing the viewer an extended perspective on the sheer range and depth of Ruscha’s practice over such a relatively short period of time.

This sense of range finds a fitting emphasis in the other artists presented over the course of the exhibition, where each takes Ruscha’s meticulous, often mechanical approach to the construction of the book, and extends it into the realm of their own aesthetic interest.  Of particular note is a text by Tom Sachs, adapting the concept for the artist’s Royal Road Test but transposing the format for Ruscha’s momentary action into complex plans for one of the artist’s works, while imbuing it with a distinctly architectural focus that feels like a fitting meeting point between the two.  Elsewhere, Bruce Nauman’s characteristically context-based work sees the artist documenting the destruction of Various Small Fires by burning it, a coy visual and material pun that reduces Ruscha’s object to its core element (paper), while archiving this deconstruction in the same medium.  In another, more subtle work, artist Amy Park presents Ruscha’s own text Every Building… as a series of scanned prints, again turning his practice into a feeder for an even more mechanical process of copying. 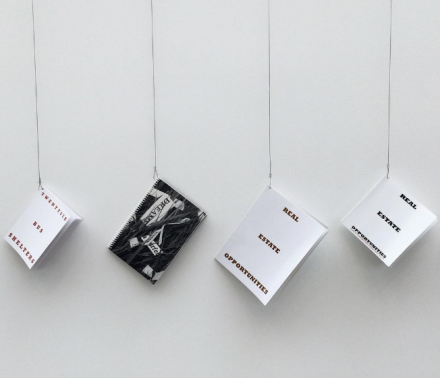 Presented together, the series of works underscore aspects of Ruscha’s work that often undergird his pieces, yet rarely surge out into the foreground.  His reliance on use of public space, on commercial-grade modes of capturing and representing these practices, and the reliability of his images, are here turned again into subjects of their own, allowing a broader view of both his artistic influence, and his own aesthetic interests.

The exhibition is on view through September 9th.

This entry was posted on Monday, September 5th, 2016 at 12:39 pm and is filed under Art News, Featured Post, Show. You can follow any responses to this entry through the RSS 2.0 feed. You can leave a response, or trackback from your own site.