Few artists in the contemporary discourse have continued to produce work with such unrelenting consistency and vitality as Giuseppe Penone, a member of the younger generation of Arte Povera artists who seems to almost ceaselessly produce new variations and explorations on the relationships between humanity and nature, body and space, presence and absence.  Often posing unique material interactions with the human body, the bodies of plants or trees, and the material formats that he places between them, Penone’s work mines a rich multitude of lyrical interactions and relations of form and process. 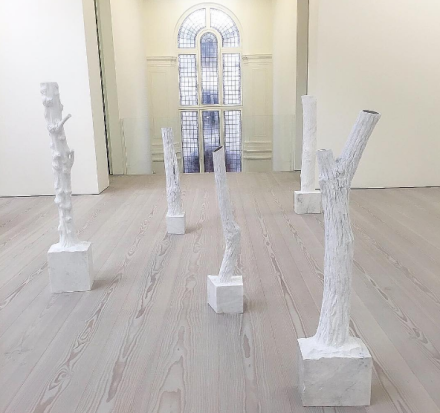 Penone’s work is currently the subject of a dual exhibition at Marian Goodman’s London and Paris Galleries, taking the artist’s intricate operations with natural elements to various methodological endpoints.  In London, his approach manifests itself through a rare documentation of his own physical encounter with the material, running through a series of variations that offer a unique look at an artist still developing and refining his modes of practice even as he nears 70 years of age. 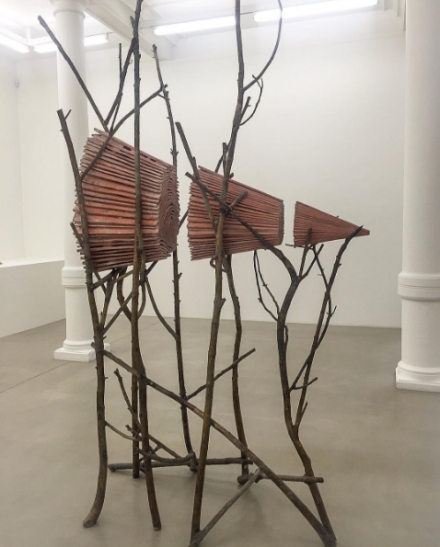 The forms one view at Marian Goodman are particularly familiar as regards Penone’s longtime practice: casts of trees, carefully balanced frameworks of branches and wooden forms, and cages of laurel leaves have often appeared in his work, used as elements to underline a middle space between man and nature.  Yet here, the artist also dives into an active representation of his own presence in the exchange between these elements.  In one space within the gallery, Trattenere 6, 8, 12 anni di crescita depicts a trio of tree trunks, each grasped by a lone hand that stretches out into nothingness.  In these works, the gently curving forms of nature are inexplicable from the hand that reaches out and touches them, feels their shapes, and possibly even casts it into the permanent form that now sits in the gallery. 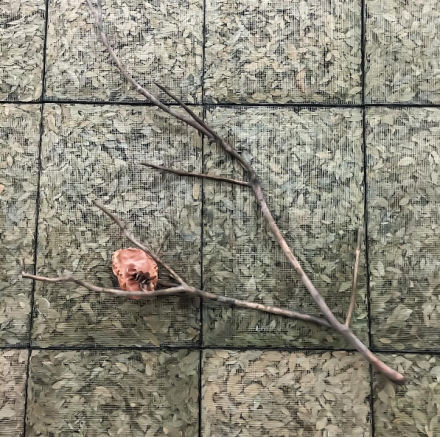 The sense of permanence takes on a new note with this delicate inversion of Penone’s sculptural language, as his understanding of the material process of bronze-casting is emphasized here as distinctly human.  In the choice to include these hands, or the terracotta faces shown nearby, Penone incorporates a deep connection between humanity and nature that has previously seemed somewhat absent.  The artist seems to be readdressing the depiction of nature that he has selected, turning the bronze (an inherent human technology) to represent his own actions.  Rather than the meticulously rendered simulations of prior work, Penone pushes his objects to a symbolic breaking point, one where man’s operations can no longer be separated from nature.  In an era where philosophers are hotly debating the dawn of the Anthropocene, an era where man’s presence on earth, and his effects on the planet are inextricable from the geological record, this telescoping of Penone’s focus seems particularly telling.

Penone’s work is on view in London until October 22nd.

This entry was posted on Sunday, October 16th, 2016 at 12:47 pm and is filed under Art News, Featured Post, Show. You can follow any responses to this entry through the RSS 2.0 feed. You can leave a response, or trackback from your own site.