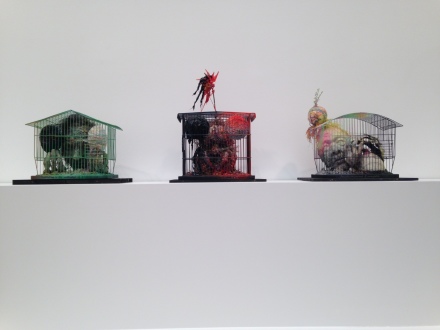 Tetsumi Kudo (Installation View), All images are by Osman Can Yerebakan for Art Observed.

Following three group exhibitions, contextualizing artist Tetsumi Kudo’s oeuvre in conversation with peers such as Paul Thek, Hannah Wilke, and Alina Szapocznikow, Andrea Rosen Gallery is currently presenting the third solo exhibition dedicated to the late Japanese artist.  Bridging his hometown and Europe through the course of his career, Kudo demonstrated a rare artistic vision and intellectual perspective that led his work to be regarded alongside that of Joseph Beuys, Yayoi Kusama, and Mike Kelley, one of the artist’s foremost admirers and an avid supporter of his work in the West. 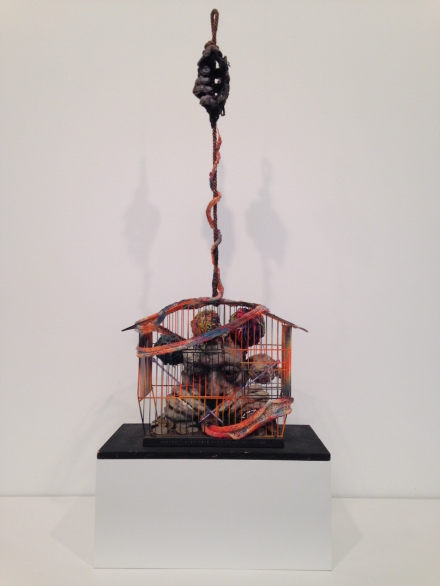 Kudo, heavily influenced by the political turmoil and commercialist phenomena during the post-war era in both the East and the West, began his bird cage sculptures during the mid 1960’s, shortly after moving to Paris, and continued the series until the beginning of the ‘80’s.  Store-bought bird cages, in various sizes and colors, house an ample span of mundane and extraordinary objects and artifacts, each twisted through Kudoo’s uniquely enigmatic perspective and consumed by the intersection of narratives that take place within its barred confines. 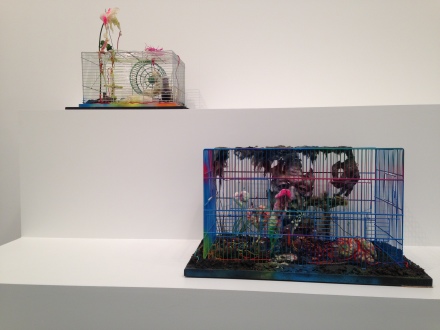 While Japan’s “anti-art” movement in the 1950’s ushered the artist to rebuff dominant art practicism and to experiment with banal and everyday materials, his tenure in Paris immersed his work in a conversation with the avant-garde experimentalism of the neo-Dada circles, in which he organized and performed happenings that blurred the separation between art and reality. 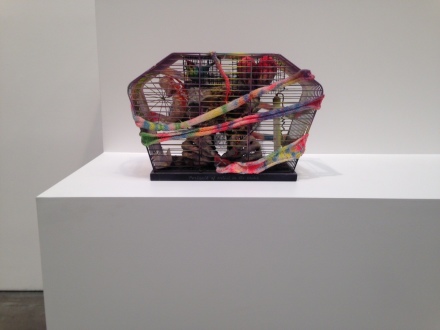 Tetsumi Kudo, Portrait of Artist in the Crisis (1978)

This same sense of attenuated reality persists here, as his sculptures, meticulously installed on pedestals throughout the exhibition space, pushes an engagement with consumer-grade objects en route to portrayal of socio-political and ideological milestones that shaped our understanding of the 20th century.  Western consumerism collides with perceptions of the body, while the historical introduction of such commercial goods to Japanese society remains a dominant narrative point on the surface in these multi-faceted sculptures.

Nevertheless, the scrutiny of European humanism and its impact on colonialism, war, and social alienation also present themselves, woven through the installation by inclusions of phalluses, bodily decay, and images of degradation, references to the cultural impact of the Vietnam War and a future governed by technological mastery.  These sculptures interpret the past and narrate the future through Kudo’s nuanced scope, encapsulating the dichotomies embedded in the human condition. 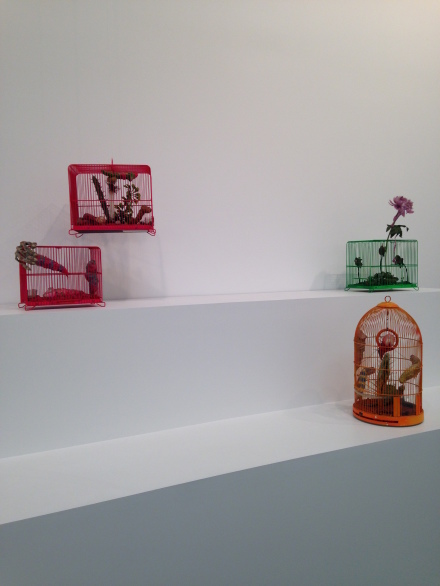 Tetsumi Kudo is on view at Andrea Rosen Gallery through November 16, 2016.

This entry was posted on Wednesday, November 16th, 2016 at 4:20 pm and is filed under Art News, Featured Post, Show. You can follow any responses to this entry through the RSS 2.0 feed. You can leave a response, or trackback from your own site.