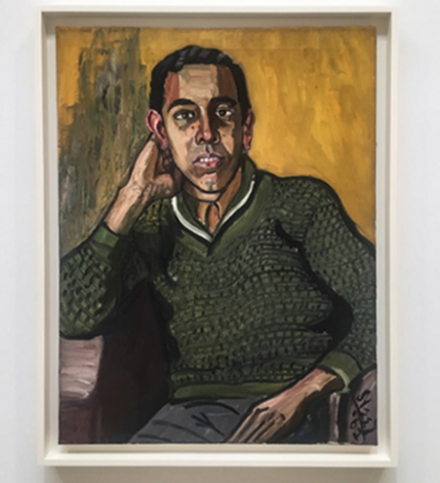 Drawing on painter Alice Neel’s longtime residence in the northern reaches of Manhattan, David Zwirner is currently presenting a body of paintings by Alice Neel, curated by author and critic Hilton Als, and exploring Neel’s longtime practice in portraiture.  Encouraging an exploration of visual art history and politics, social commentary and painterly craft, the exhibition is a striking exploration of the artist’s work in all of its nuance and power. 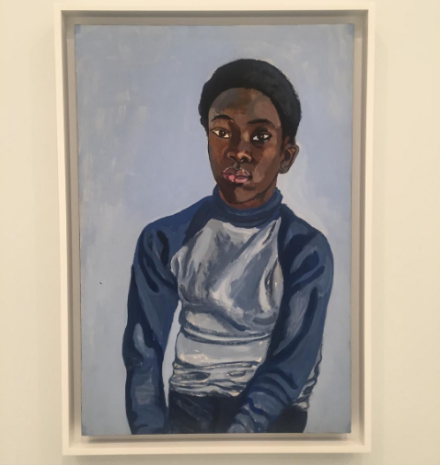 Over the course of her life in New York, Neel would spend much of her time in and around Harlem, first moving to the neighborhood’s East Side (Spanish Harlem) in 1938, and later to the Upper West Side, where she would live until her death in 1984.  A relentless portrait-maker, Neel would paint her neighbors and friends, students, fellow artists, musicians, and anyone else who would sit for the artist, rendering a body of work as diverse and expansive as the neighborhoods that she lived and worked in. 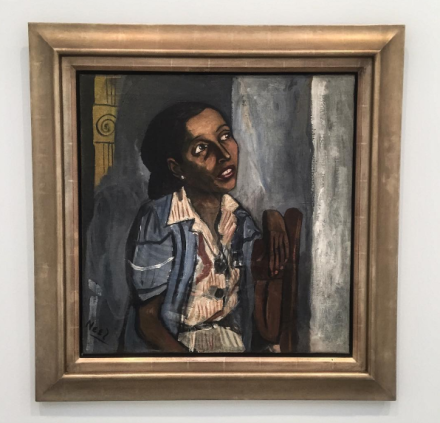 This range of practice serves as the starting point for Als’s engagement with Neel’s work here, pulling together a range of portraits of people of color.  It’s an engagement as much with the canon of art history, exploring images, forms and faces often left noticeably absent from museum walls and archives, as it is an exploration of Neel’s practice, ultimately unifying both the social and political character of her work in the image itself.  Hers are images as both historical document and social commentary, capturing a diverse range of uptown residents including sociologist Horace R. Cayton, Jr, actress and author Alice Childress, a young art student, and a taxi driver living nearby.  The work is a constellation of faces and stories, a visual representation of community that singles out both individual faces and the relationships between them that so fascinated Neel.  “What did it matter that I grew up in a world that was different than that which Linda Nochlin, and Andy Warhol, and Jackie Curtis, inhabited?” Als writes.  “We were all as strong and fragile and present as life allowed. And Neel saw.” 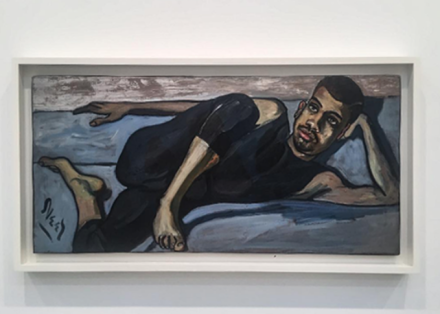 This act of seeing is turned towards the political by Neel’s attentive and skilled hand.  Her deft hand and ability with the brushstroke render figures burgeoning with life and expressive capacity, flickers of personality and humor, reservation and gentle calm.  In one work, Ballet Dancer, Neel captures her sitter’s form in a manner suspended between movement and stillness, painting him laying across the couch in a pose that feels as much an expression of his personality as it is an exploration of the body itself, of the energetic capacity for movement and dynamism that his craft demands. 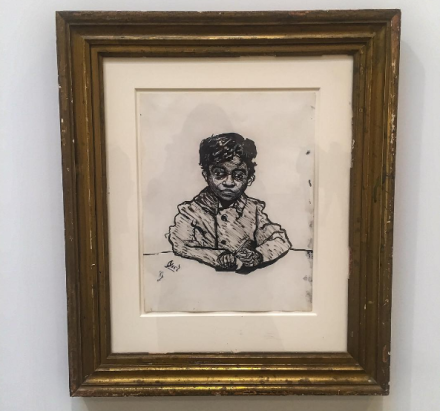 The sense of life and movement runs throughout the show, finding its own manner of expression in each pose, face and line.  These are figures that stood absent from the visual landscape of the era in which Neel worked, but which, presented here, offer a potent and long-running history of the city’s often overlooked residents on their own terms.

The exhibition is on view through April 22nd.

This entry was posted on Tuesday, March 28th, 2017 at 9:17 am and is filed under Art News, Featured Post, Show. You can follow any responses to this entry through the RSS 2.0 feed. You can leave a response, or trackback from your own site.