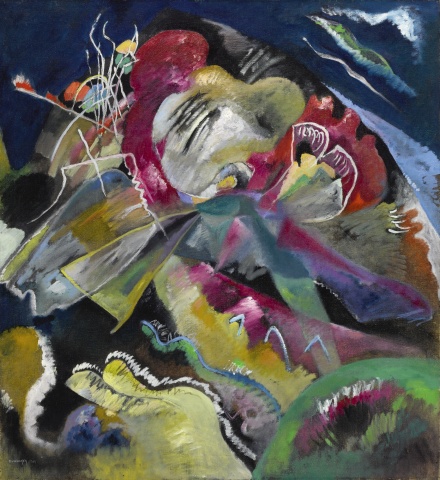 Holding court with a short but well-appointed pair of sales in London, Sotheby’s kicked off a week of auctions in the British capital, closing its Impressionist and Modern Evening sale with a string of impressive figures and a new auction record for Wassily Kandinsky at £33 million, ultimately bringing a final sales figure of £127,945,750.  The night also saw a short curated sale, “Actual Size” precede the evening’s main event, which saw mixed results and a £20,931,250 final tally for its offering.

The evening opened with the “Actual Size” show, a collection of small-scale pieces that correlated directly in size between the image in the auction catalog and its actual canvas dimensions.  Focusing on miniature works that showcase each artist’s skill with limited space to work, the sale offered a unique opening note for the rest of the evening.  The 35-lot sale, however, only saw sporadic enthusiasm, achieving a tepid sell-through rate of 64% that saw a few highlights, among them an Ed Ruscha work, Blue Scream, which topped estimates for a final of £1,568,750, as well as a striking Picasso painting, Buste de femme couchée, which tripled estimates to finish at a final of £2,408,750.  A Piero Manzoni Achrome also performed well, clearly getting a boost from the artist’s estate recently shifting representation to Hauser & Wirth.  The piece doubled its estimate to a final price of £1,208,750. 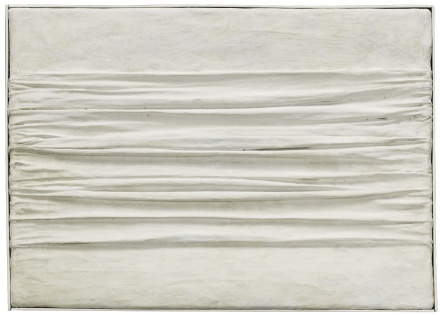 Piero Manzoni, Achrome (circa 1959), via Sotheby’s 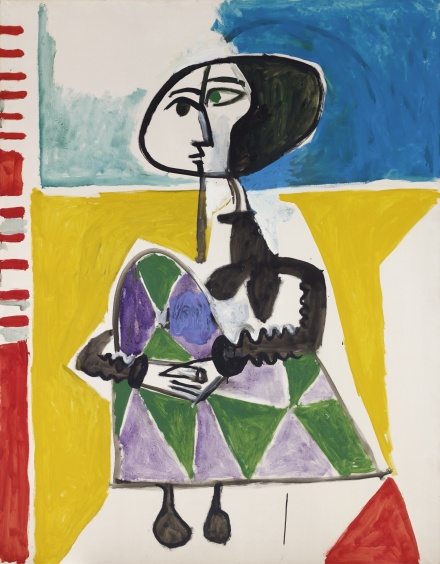 The sale then moved into the Impressionist and Modern segment of the sale, a decidedly more energetic affair that saw some real fireworks, including not one but two bested auction records for Wassily Kandinsky. Beginning with somewhat mild bidding in its early lots, the sale exploded with a Joan Miró canvas from his Constellations series, Femme et Oiseaux, which saw strong interest and several bids that ultimately pushed the work to a final of £24,571,250, setting a new record for the artist in pounds sterling.

Only two lots later, Wassily Kandinsky’s Murnau Landscape blew out of the gate with strong bids, ultimately settling at a record price of £20,971,250.  But the record didn’t last long, as another Kandinsky work at lot 53, a swirling abstract composition, also shot up on multiple bidders to reach a final of £33,008,750, quickly resetting the artist’s high mark.   Other strong lots came from Picasso’s Femme Accroupie, which sold within estimate for a final of £7,358,750, and Grande Figure, an Alberto Giacometti sculpture that finished within estimate for a solid £17,933,750 final tally.

Sales will continue next week with a series of offerings at Sotheby’s, Christie’s and Phillips. 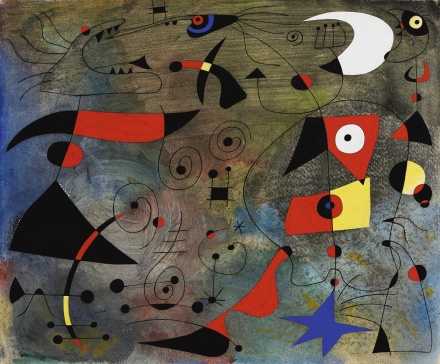 This entry was posted on Friday, June 23rd, 2017 at 11:38 am and is filed under Art News, Auction Results, Featured Post, Show. You can follow any responses to this entry through the RSS 2.0 feed. You can leave a response, or trackback from your own site.