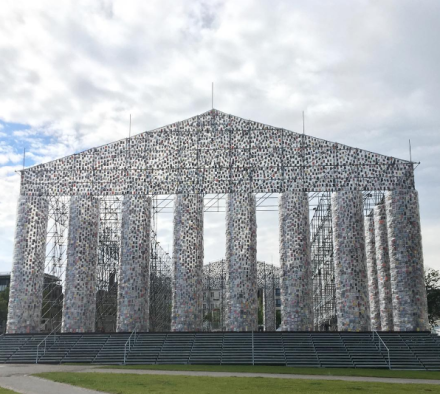 Marta Minujin, The Parthenon of Books, via Art Observed

With the early days of summer behind us, curator Adam Szymczyk’s bold and expansive Documenta 14 has opened in both Kassel and Athens, marking the high point of the summer’s crowded European exhibition schedule.  Continuing the event’s long-running tradition as a two-site exhibition project, this year’s show is one of Documenta’s most fully-realized in this framework, with massive exhibition plans and equally lofty concepts split between each location. 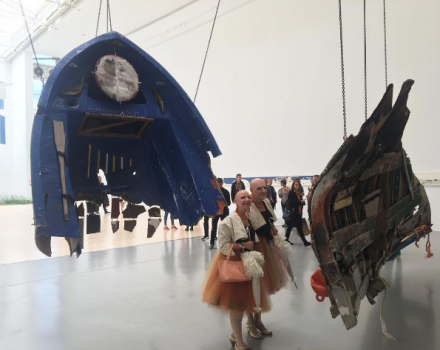 At its core, the show takes explicit interest in an extended history of relations between Germany and Greece, delving as far back as the writings of Johann Winckelmann, whose early fetishism of the Greek ideal helped lay the groundwork for the ethos of Aryanism at the heart of the Nazi party centuries later.  Winckelmann’s writing conjured a deep-seated romanticism for the Greek ideals, and in part the later occupation of Greece by King Otto of Bavaria, who took power over the country in 1832.  Examining the relation between nations in a long scope, the show’s engagement with Greece’s modern austerity program (led by German Chancellor Angela Merkel) takes on a deeper resonance with the ongoing history of German power exercised in the country.  This is a show about history, namely, who gets to write it, and what cultures end up subjected to the often punishing aftershocks of cultural collision. 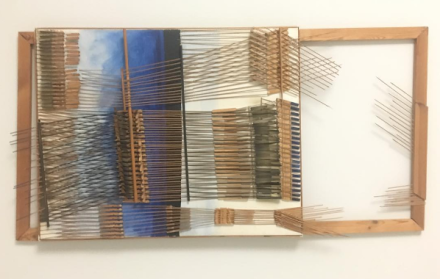 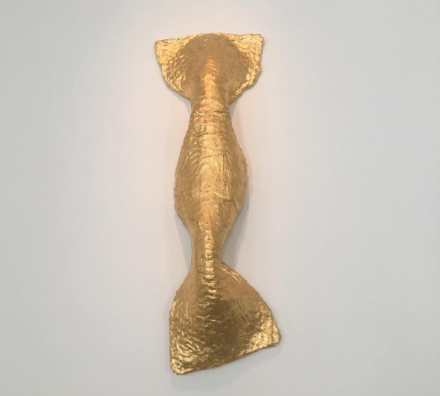 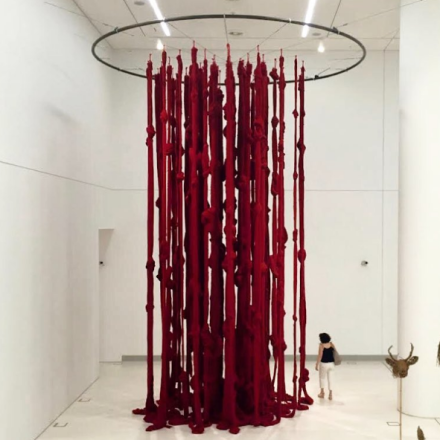 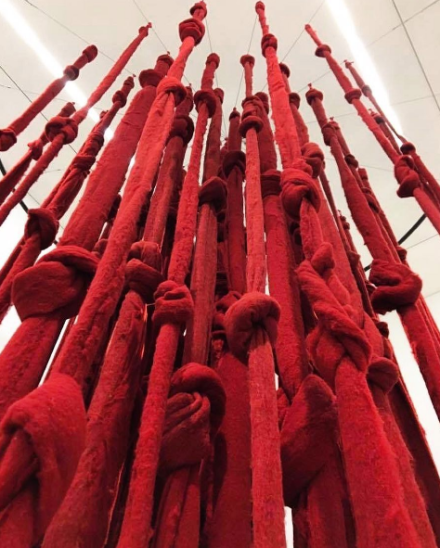 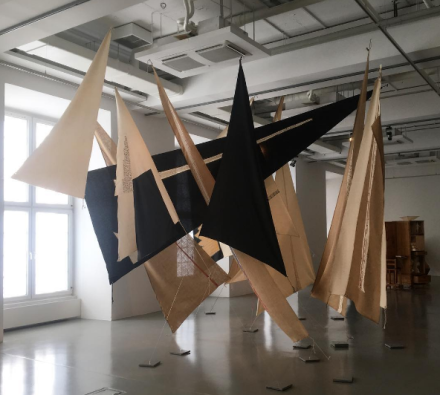 Taking this prompt as a starting point, this year’s Documenta spreads its various branches across both cities, allowing a broad and ongoing engagement with the various locales and political situations of the city itself.  Chief among these is the recently completed EMST Museum in Athens, the Greek nation’s first museum for contemporary art, only completed recently in the face of massive budgetary cutbacks, and which here serves as a core symbol for both the country’s continued struggle in the face of European financial power, even as it seeks to build its own culture industries.  A similar sense of cultural struggle is perhaps best explored in Kassel, through Marta Minujin’s iconic sculpture, Parthenon of Books, installed in the Friedrichsplatz, and previously installed in Athens in 2014.  The symbolism is striking, referencing both the deep impact of Greek thought on the culture of the West, but equally the threads to censorship and violence that have played out across the Greek and German nations.  The Friedrichsplatz was once the site of book burnings during the Nazi reign over Germany, and the Fridericianum was bombed by Allied forces during WWII, resulting in the loss of many of the city’s books.  This event is tacitly echoed to in another work by Daniel Knorr, with the artist setting up a machine to pump smoke out of the tower of the Fridericianum.  Knorr is also presenting work at the Athens Conservatoire, where he is creating book works out of strange assemblages of material, culled from a massive pile of objects slumping down one wall of the space. 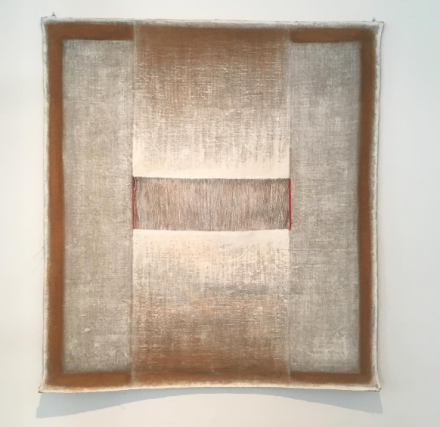 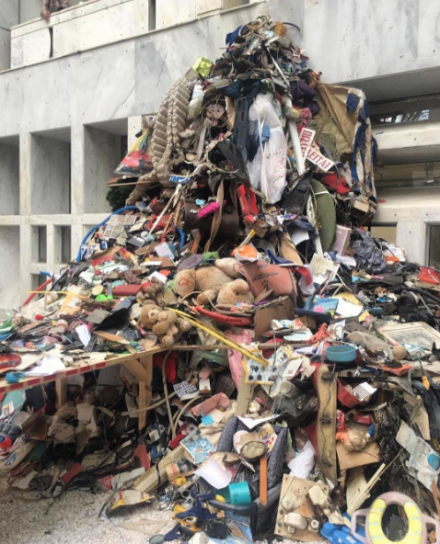 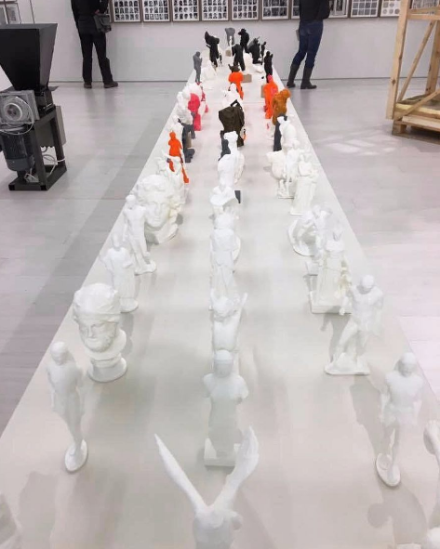 Threads of value exchange and extraction run throughout the exhibition, and is grounded in particular by one of the show’s more daring curatorial moves.  The Fridericianum is currently housing much of the collection of the EMST, a coy move that echoes the austerity measures imposed on Greece by the German state and its fellow partners in the EU.  Greek treasures of contemporary art have traveled to Kassel, where visitors can view installations and sculptures by Jannis Kounnellis and Yorgos Lazongas, pulled from the Greek vaults and put on view for the visitors to Kassel.  In Athens, works on view at the EMST play on similar notions.  Marta Minujin’s work on view at the museum Payment of the Greek Debt to Germany with Olives and Art proposes just that, using the artist’s act of accumulation as a way to comment on the futility of endless resource pillaging from the Greek nation.  Nearby, Daniel Garcia Andujar’s The Disasters of War plays on Greek mythology and aesthetics through the lens of modern reproduction techniques, posing a question on the state of Greek culture in an era when the nation itself is plunged into such brutal financial straits. 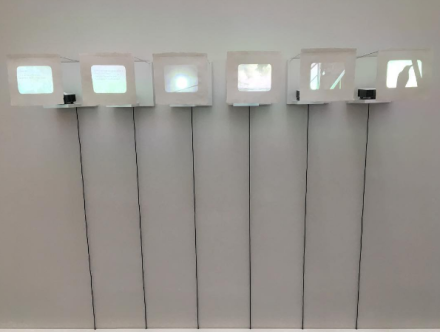 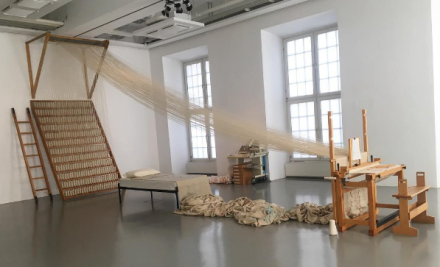 The scale of the show makes it nearly impossible to summarize in a single framework or point of reference, with various venues exploring specific visions and concepts that link both Greece and Germany.  There’s a show at Kassel’s Neue Galerie drawing on the concept of nationhood, belonging and identity, for instance, incorporating work by Vija Celmins, Gerhard Richter and Maya Deren into a wide-ranging vocabulary on the act of understanding both self and nation, while in Athens, artist duo Prinz Gholam will perform a series of constellations on the site of the Temple of Olympian Zeus, exploring the site’s production through a series of iconic photographs that equally documented the change of the architectural remainders over time.  The list goes on, demanding an engaged visitor with a deep interest in exploration to fully work through the themes and concepts of Szymczyk’s show.  Even so, the scale and scope makes the perspective on view equally impressive, and fully worth the time spent wandering the streets, and occasionally the hills, of both cities.

Documenta is on view through the summer.  The exhibition in Athens concludes on July 16th, while the show in Kassel closes September 17th. 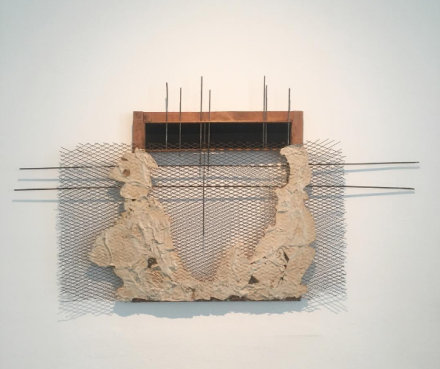 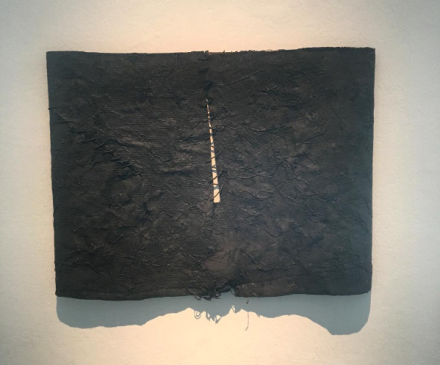 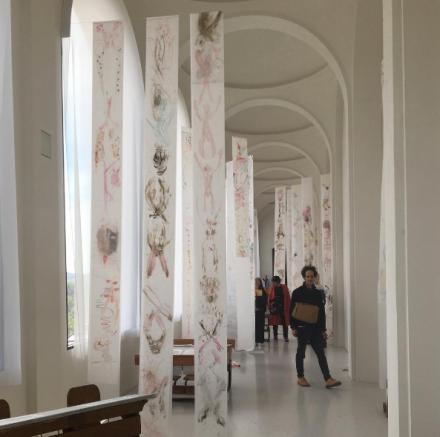 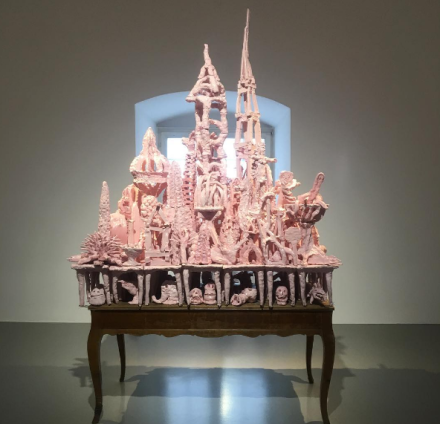 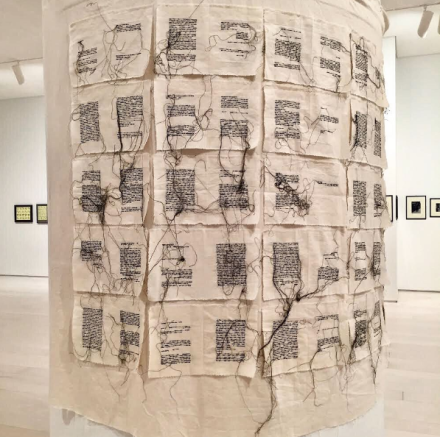 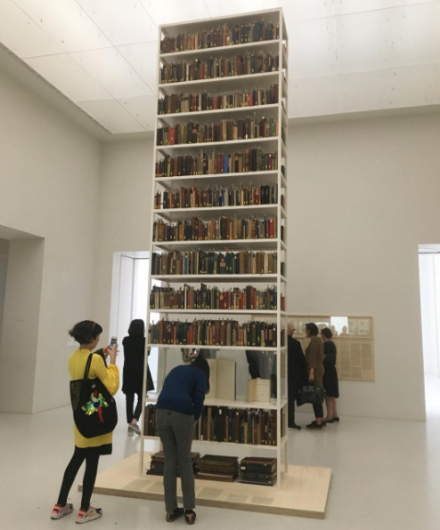 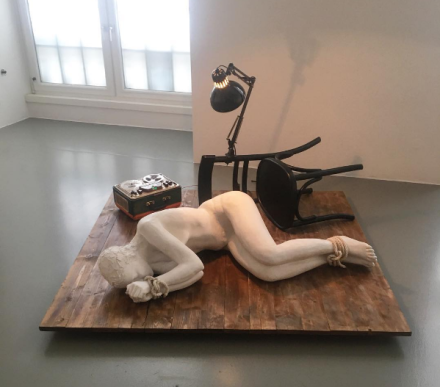 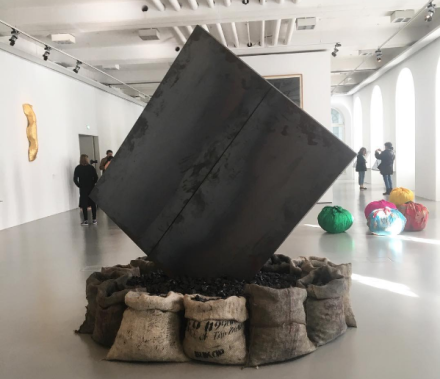 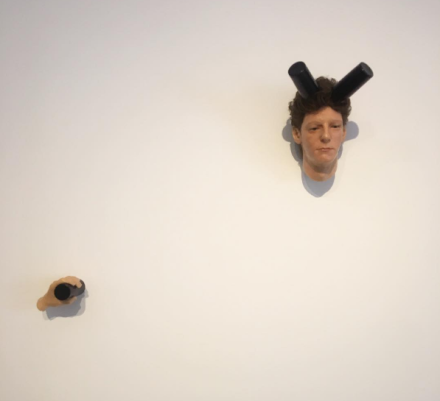 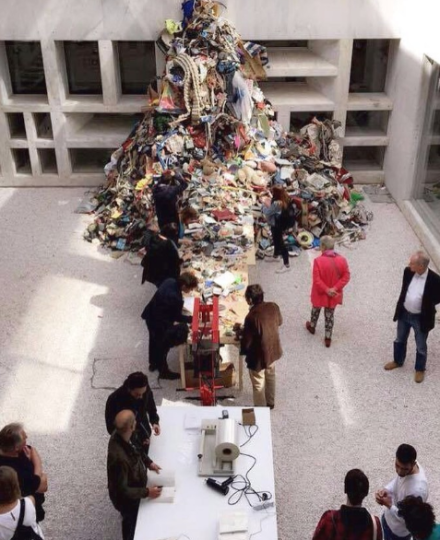 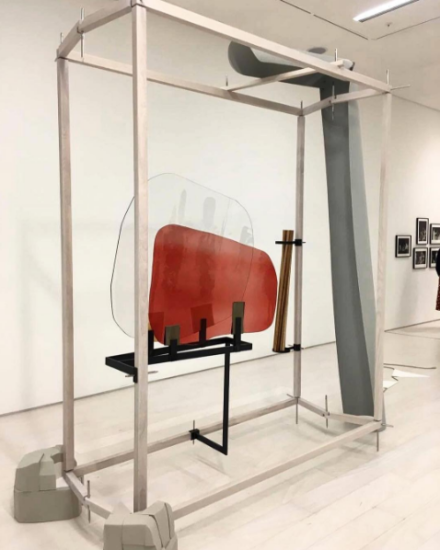 This entry was posted on Monday, June 12th, 2017 at 8:29 pm and is filed under Art News, Featured Post, Show. You can follow any responses to this entry through the RSS 2.0 feed. You can leave a response, or trackback from your own site.