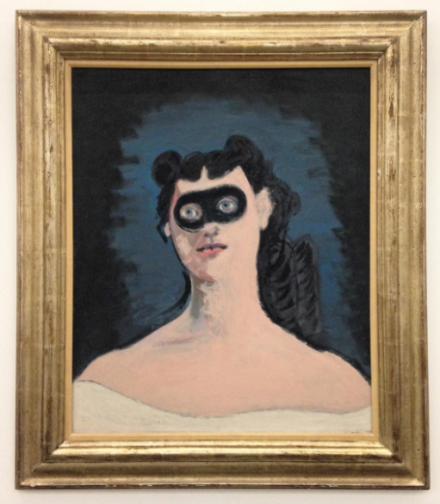 John Graham, Mascara (1950), via Osman Can Yerebakan for Art Observed

Divided into two opposite galleries inside the Parrish Art Museum’s sleek architecture, John Graham: Maverick Modernist, a comprehensive survey of the 20th century Ukrainian-American painter, offers a breakdown of the artist’s ever-evolving four-decade long career from 1920s and onward.  Curated by Alicia G. Longwell, the show recaps Graham’s defiant approach to Modernism, considering his sharp divergence from his dedication to modern art for the sake of figurative portraiture of female sitters in the 1940’s. Even then, at the height of his career, referring to Graham as a maverick would not be misguided: his models’ cross-eyed expressions, excessive make-ups, and mathematical details on their faces clash with easy readings as representational, and offer an intriguing historical context for much later practice in contemporary painting.

Born Ivan Gratianovitch Dombrowsky in Kiev, Graham immigrated to U.S. in his early thirties, after working as a cavalry officer in his native country. His arrival in New York ushered him to an artistic career that flourished at the Art Students League of New York, where he studied under Ashcan School painter John Sloan. Through a series of trips to Paris, he immersed himself in avant-garde circles, where Graham was struck by the geometric buoyancy of Surrealism and the endlessly inspirational work of Pablo Picasso. His 1937 article titled “Primitive Art and Picasso,” published in Magazine of Art, helped inititate a friendship with a young Jackson Pollock, who had also occasionally penned art criticism. 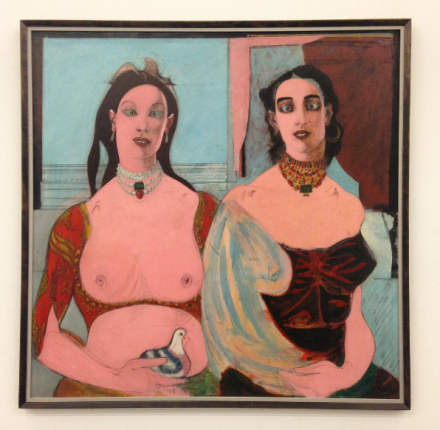 Longwell organized the survey exhibition together with Karen Wilkin and William C. Agee, collecting works from the first stage of Graham’s career in one gallery to demonstrate his initial interest in lush brushstrokes, voluptuous forms, and semi-abstract figuration. His subject matter during this period ranges from mundane mornings with breakfasts, images of The New York Times, and street corners of European cities he visited. Grouped inside the facing gallery, however, a series of works from the 1940’s signal a drastic shift in Graham’s trajectory, one that casts his own work far from the trends of the era. Experiments with color and form in still lives and traditional nudes realize raw female figures within the picture plane with a sense of deep psychological profundity, amplified by skewed angles and strange approaches to perspective. “The young painters he had recognized and championed—Pollock, de Kooning, Krasner—would go on to mine the possibilities of spontaneity and improvisation and the ultimate subjectivity of Abstract Expressionism,” writes Longwell in her preface in the exhibition catalog, “for Graham that path was not open.” 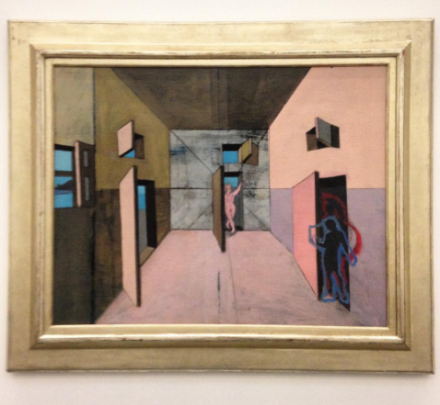 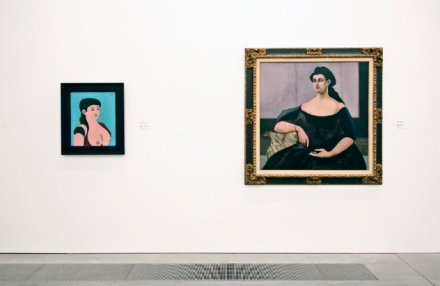 Paying homage to Renaissance painting—particularly to Mannerism—with slightly off body proportions and unusual perspectives of light, Graham no doubt delivered his most prolific body of work at this stage of his career. His widely-recognized Two Sisters, which is drawn from the MoMA Collection, or Kali Yuga, a portrait that was recently in The Whitney’s Human Interest exhibition, manifest Graham’s status as a rebellious figure remembered for his bold departure from the comfort of conventions at a time when the dynamics in art world dictated conformity to norms.  Here, the figure takes on many of the illusory and twisting approaches enjoyed by his peers, but use this vigorous sense of abstraction to turn the body itself into something equally otherworldly. 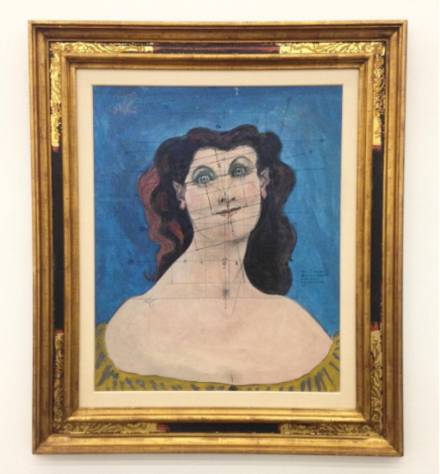 John Graham, Head of a Woman (1954), via Osman Can Yerebakan for Art Observed 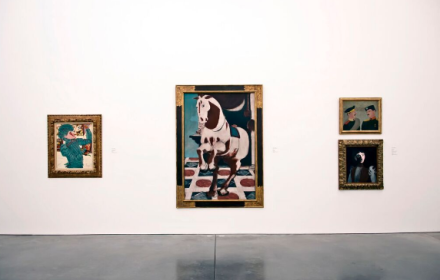 This entry was posted on Sunday, July 30th, 2017 at 11:33 pm and is filed under Art News, Featured Post, Show. You can follow any responses to this entry through the RSS 2.0 feed. You can leave a response, or trackback from your own site.