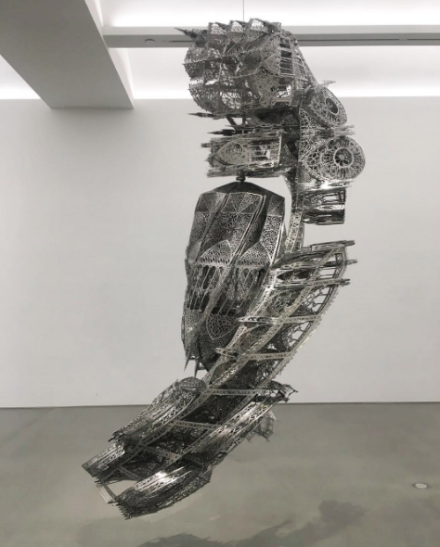 Taking over the spacious downtown location of Galerie Perrotin, Belgian artist Wim Delvoye has returned to New York City, capping his sixth one-person show with the gallery and his first singular presentation at Perrotin New York with a body of new works that continue his irreverent and critically-nuanced practice.  Continuing his formal deconstructions and spatial riddles with a series of works made during preparations for an exhibition at the Tehran Museum of Contemporary Art, the show sees Delvoye engaging broadly with the history of Iranian art, and the modern landscape of the Middle East. 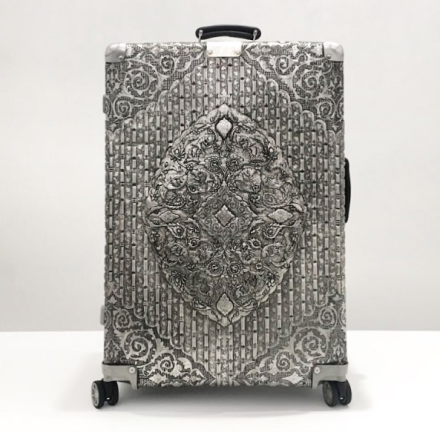 The show presents itself as both a continuation and expansion of Delvoye’s formal logic, with many recurring works harkening back to his most familiar bodies of work.  There’s Twisted Cement Truck, for instance, a massive, torqued iteration of a Mercedes utility vehicle twisted around itself, and embellished with the gothic architectural stylings that defined his previous sculptures.  Also on view are a series of his Rorschach sculptures, which turn replicas of famed sculptures into swirling double images that surge and flow with energy as the viewer walks around them.  The artist’s work in this format, turning historical signifiers into rote aesthetic underpinnings, or even “raw material” in some senses, welcomes a critique of the language of the modern, where the public attention to images and icons have been turned more directly towards their price and valuation systems. 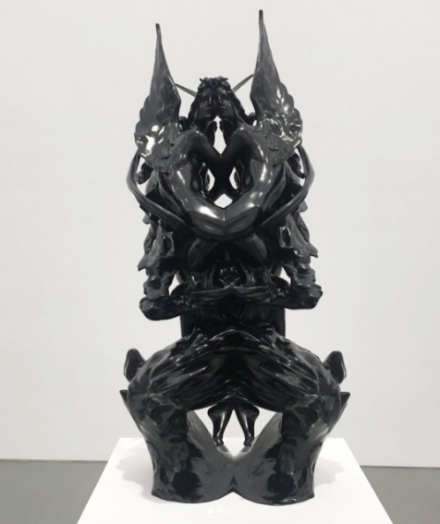 Wim Delvoye, The Kidnapping of Psyche Rorschach (2016), via Art Observed 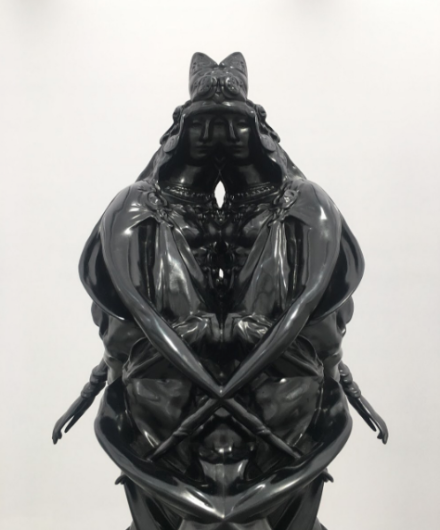 Yet it’s Delvoye’s new works on view, made during the last several years on trips to Iran, that push a renewed vigor in the artist’s work.  Working on a range of works alongside Iranian craftsmen, the artist has embossed a range of aluminum sculptures and objects with complex patterns and designs, drawing on the historical heritage of the region, and turning its decorative arts into a sort of hyper-laborious signifier.  Coating fire extinguishers, luggage, and even a car’s tailpipe with the swirling patterns and textures of the region’s aesthetic heritage, Delvoye once again turns these elements towards rote capitalist valuations, his objects twisted (much in the same way as his Mercedes truck) towards an object of pure exchange, one abstracted from daily use by its heavily aestheticized exterior.  This is perhaps best seen in Maserati, a full-size aluminum carapace from a Maserati 450S racing car, embossed with the same designs and intricate embellishments that adorn the objects around it. 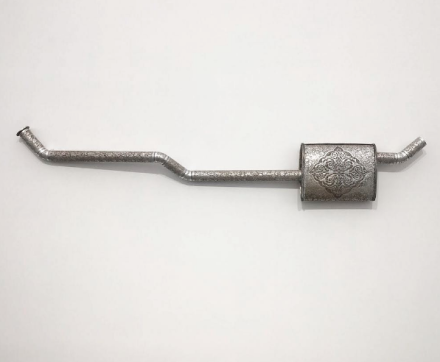 Throughout, Delvoye seems intent on challenging concepts of value at every turn, abstracting elements and pieces from both easy collection and/or easy use. His Maserati, while a stunning object, is particularly difficult, unable to be driven, but so large that it offers considerable challenges for transport and installation.  Elsewhere, the raw visual power of his works is no less, but placed atop more banal objects, seems to complicate their roles as products for easy consumption and use.  Delvoye’s world, one of elevated, beautiful objects, is equally one of confusion and suspension, use and preservation, always underpinned by the language of commercial exchange.

The show is on view through October 29th.

This entry was posted on Saturday, October 28th, 2017 at 6:54 pm and is filed under Art News, Featured Post, Show. You can follow any responses to this entry through the RSS 2.0 feed. You can leave a response, or trackback from your own site.