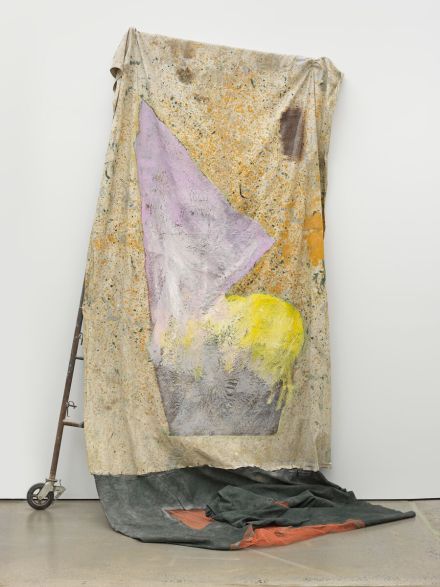 Marking his first major exhibition on the West Coast in decades, artist David Hammons has touched down at Hauser & Wirth for a major summer blockbuster, an exhibition that underscores the artists’s expansive and challenging practice, and its ongoing discourse with the languages of race, wealth, politics and modern art that have been his hallmark over the course of his life. Remaining razor sharp in its ability to comment on and critique the various socio-cultural spheres his work moves through, Hammons’s show is a masterclass in subtle condemnation.

The show hits its first high-point with an incisive incorporation of local spheres, twisting the tent city of Skid Row through the outdoor spaces of the gallery, and filling the spacious courtyard with a frank reminder of the poverty that exists only a few blocks away. “This could be u,” reads one, branded with a language that pulls the viewer into a shared world with the icon of poverty, immediate and familiar while transposing the vocabulary of the homeless onto the gallery visitor. Inside, the work winds its way through a broader range of focal points, from his Kool-Aid paintings, adorned with torn packets of the cheap drink mix spread out in front of each work, to a series of patch-worked tarpaulins reminding one of other styles of homeless encampments and low-income house where these materials serve as makeshift walls and coverings. 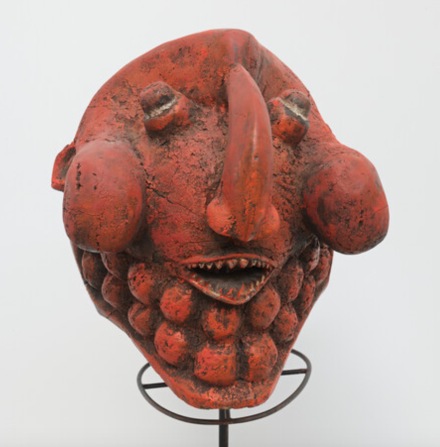 Elsewhere, one can view a peculiar documentation of the artist’s Bliz-aard Ball Sale piece, filling a bodega freezer with a book exploring the artist’s work, in which he sold snowballs on a blanket based in size. The object, twisting the original logic of the work into a similarly frozen artifact, takes the work’s original commentary of the art market’s absurd pricing of art objects and turns it on its ear. The work is accompanied in another corner by a collector’s note,  “As much as we wouldlove to own a snowball, not a single insurance company would cover it for us… we will have to pass. But then again, if you come across any other interesting Hammons…” 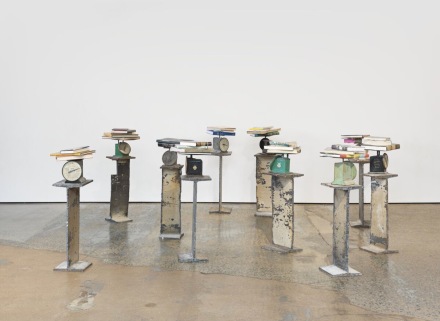 The show is probably the closest to something one could call a victory lap for the artist, taking the range of his works and comparing it in the light of his own fame and market value. Hammons seems to take great enjoyment in this juxtaposition, and, like the work above, uses it as a way to add new turns to sustained engagement with various aspects of his craft and its enduring impact. Much in the same way that the artist has regularly shone a critical light on the art world, his continued ascension into its pantheon just seems to make the light all the more brilliant, and all the more damning. 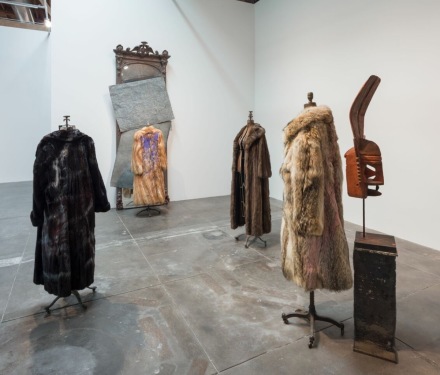 This entry was posted on Thursday, July 11th, 2019 at 12:55 pm and is filed under Art News, Featured Post, Show. You can follow any responses to this entry through the RSS 2.0 feed. You can leave a response, or trackback from your own site.