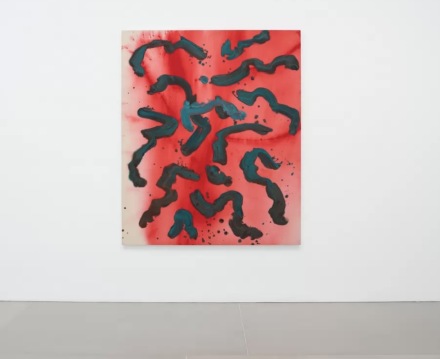 Currently on view at Blain|Southern’s London exhibition space, the work of Ed Moses and Qin Feng are placed into a fluid, flowing conversation across cultures, conducted in a shared artistic language. Relying on the two artists’s various interests in composition as a combination of varied gestural actions and interventions in the space of the canvas, the show is a striking look at the styles and ideas between two divergent perspectives in contemporary art in both the U.S. and China. 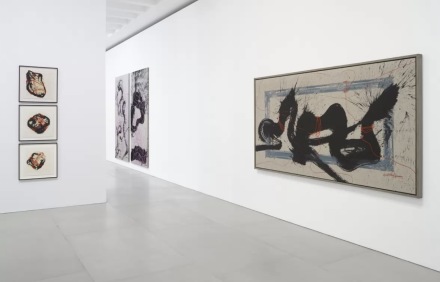 Moses and Feng make dynamic, gestural paintings influenced by both Eastern calligraphy and Western abstraction, yet each artist arrived at this common ground from different directions. Moses first found his voice as one of the founding artists of the Ferus Gallery, Los Angeles, working alongside Robert Irwin, Ed Ruscha, and Ed Kienholz to create a space where experimentation and new ideas could thrive alongside a dedicated pursuit of craft and construction. This pursuit would see a relentless elaboration of his work over several decades, creating one of the most diverse bodies of abstraction in late twentieth-century American art. As with many American artists of the post-war generation, especially on the West Coast, Moses was attracted to Buddhist thought, and he became a practitioner in the early 1970s. 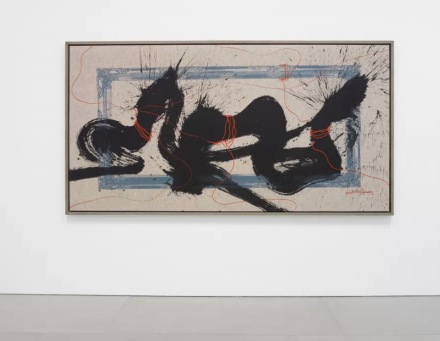 By contrast Qin Feng’s works drives at a similar space through a centered engagement with calligraphy, and tempered by a distinct investigation of the language and canon of Western art more broadly. The artist’s interpretations of artistic progressions and evolutions on both sides of the Pacific see him rendering gentle brushstrokes in exchange with visceral gestures, the aforementioned historical modes contending with the increasingly deep impact of artists like de Kooning or Pollock. 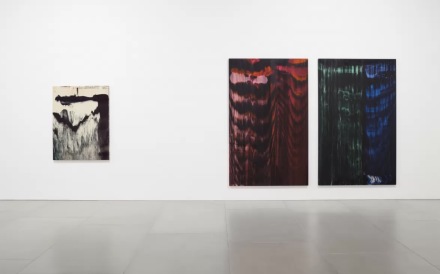 In both, the sense of the body and gesture, of measurement and time as performative capacities, within which the painter functions, are utilized to serve a broader sense of space and culture, abandoning an easily rooted framework in favor of something more transcendent.

This entry was posted on Wednesday, August 28th, 2019 at 3:49 pm and is filed under Art News, Featured Post, Show. You can follow any responses to this entry through the RSS 2.0 feed. You can leave a response, or trackback from your own site.