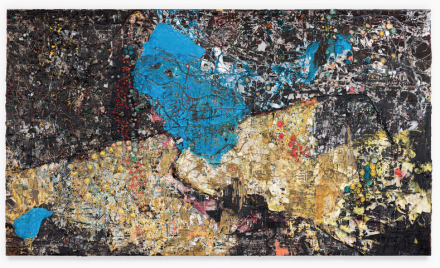 Cerberus, Mark Bradford’s first exhibition at Hauser & Wirth in London extends across the gallery’s spaces in the city, compiling a range of works including film, new paintings and sculptural work, often moving between each format, the show sees Bradford returning to ancient mythology, a consistent source of inspiration for the artist. Engaging in particular with the many headed dog guarding the entryway to Hades, Cerberus, Bradford’s show marks an engaged and intriguing investigation of conflict and healing, trauma and time through works that negotiate states in the same way that the multi-headed creature stands between hell and the mortal realm. 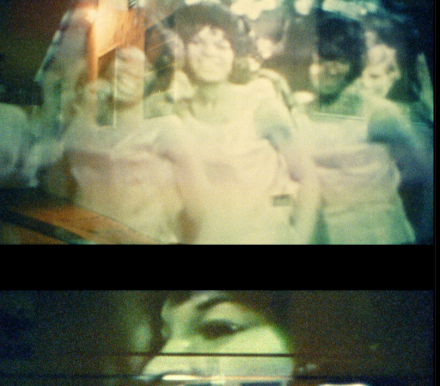 Like much of Bradford’s work, the process of layering is essential, creating dense structures of overlaid material, the works surge with reference systems and meanings, often embracing the same sort of idea of myth-making often applied to studies of the Greek canon.

A particular point of departure in developing the new works is the riots in Los Angeles, known as the Watts Rebellion, raged over six days in 1965 and which was a defining early historical touchstone for the artist. Here, mining archives of material on the riots commissioned by the California Governor’s office in 1965, his piece studies the varied voices and subjective readings of the outburst of protest and destruction that the riot encompasses. Map-like grid motifs, a recurrent theme in the artist’s work, emerge in the monumental work Cerberus (2019), creating an interplay between soaring aerial viewpoints and the pictorial space which extends out on a horizontal axis. A series of red ‘hot spots’ embedded into the surface of these paintings evoke the intensity of a tipping point, the ignition that occurs when a barrier is breached. 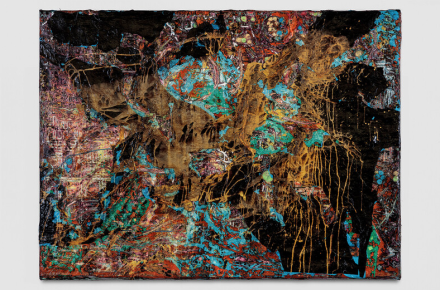 Mark Bradford, The Path to the River Belongs to Animals (2019), via Hauser & Wirth 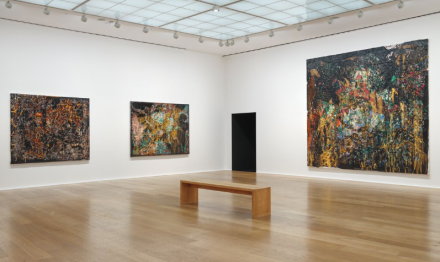 The city of Los Angeles also factors into Dancing in the Street (2019), which features the iconic song that took on renewed significance as protest anthem and call to action when many took to the streets protesting for social change. For this project, images of the three women and the audience are layered over the urban landscape to haunting effect. To create the video, black-and-white footage of the band’s live performance was projected from a van onto the landmarks of the industrial area of South Los Angeles where Bradford’s studio is located. Dancing in the Street (2019) has a timeline which takes in more than five decades of history, and invites consideration of the civil unrest that shaped the intricacies of the city out of which the song emerged. 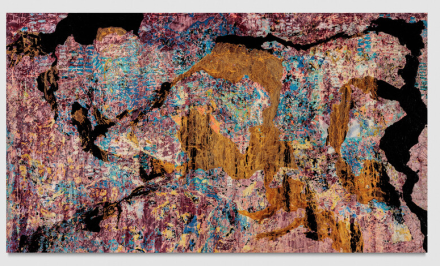 Of course, Bradford’s vernacular foregoes concrete, literal readings, yet exploring these works in a deep network of strokes and structures, his grid-like motifs turn this language into a literal structure of containment, underscoring just how bodies, identities and whole histories can be held in subjugation.

This entry was posted on Thursday, December 19th, 2019 at 5:37 pm and is filed under Art News, Featured Post, Show. You can follow any responses to this entry through the RSS 2.0 feed. You can leave a response, or trackback from your own site.