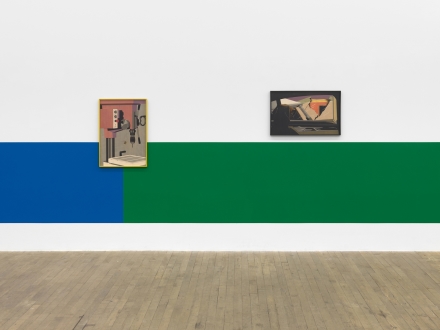 Camille Blatrix marks his first solo show in New York this month with Pop-Up, a strikingly incisive investigation into the modern cultural landscape, and the implied iconographies that come with it, on view via Andrew Kreps at 55 Walker. Mining languages of neoliberalism and capital, Blatrix’s built environment and assembled pieces are a comically incisive exploration of labor, material and culture. 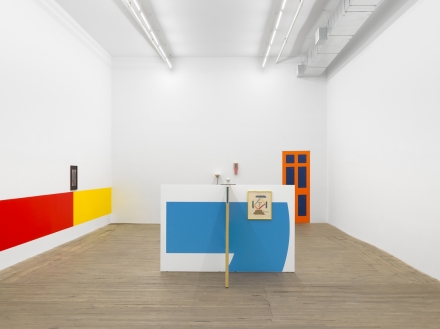 For his exhibition at 55 Walker, Blatrix has installed a wall work depicting a chat robot above the gallery entrance, confronting the viewer with the phrase “Ask Us Anything.” Referencing the pop-ups that are now ubiquitous to e-commerce, the work adopts the benign tone of corporate interaction. This continues throughout the space as Blatrix has painted one of the gallery walls in bright yellow, green, blue, and red, recalling the palette used in logo design. Above the wallpainting, Blatrix has installed new works from his ongoing series of wood marquetries, which incorporate imagery such as machinery and murder hornets. Rendered meticulously in collaged wood, the works begin to suggest the more sinister implications of the supposedly utopic language adopted in advertisements. 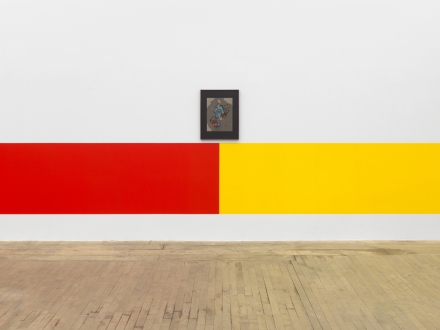 A new sculpture is positioned in the center of the gallery, composed of interlocking panels, printed with abstracted versions of Starbucks and Google logos, creating four spaces that recall office cubicles. Decorated with a marquetry that appropriates an image by Pablo Picasso, these interior spaces mimic the decorative strategies used to improve a work environment. Positioned behind this installation, two sculptures that function as scanners are installed on the wall – one turned “off”, and one set in an “on” position that appears to be set to continually scan data, transmitting its recordings to an unknown entity outside the exhibition. As the viewer exits the gallery they encounter a small sculpture with two small emoticons, one happy and one sad, situated as if it should be used to rate their experience. At this point, the viewer returns to the exhibition’s initial question: “Ask Us Anything”, wondering if the answer they received was the one they needed. 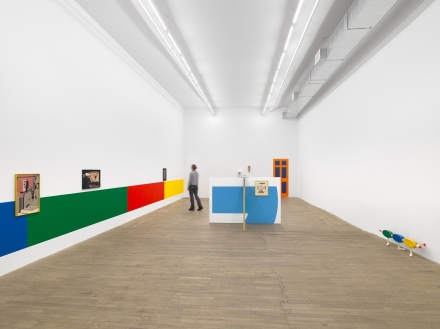 As a whole, the show operates on a fault line between meticulous, labored production and gleaming, textureless facade. Allowing the two to mingle together, Blatrix performs an engaging dual operation.

The show is on through March 6th.

This entry was posted on Friday, February 19th, 2021 at 12:00 pm and is filed under Art News, Featured Post, Show. You can follow any responses to this entry through the RSS 2.0 feed. You can leave a response, or trackback from your own site.