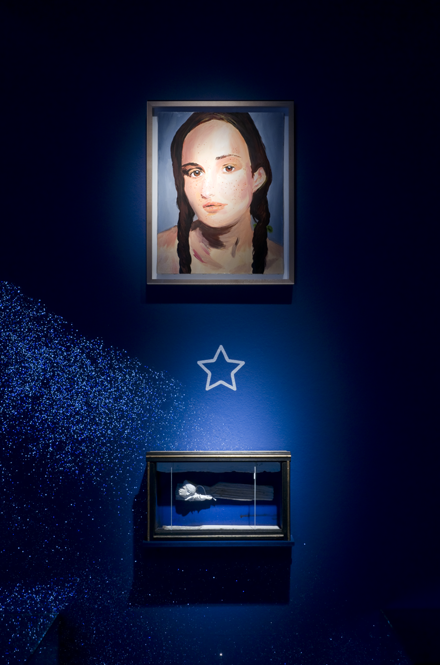 Currently on view at Sprueth Magers London is “Something Beautiful,” a collaborative show by American artists Joseph Cornell and Karen Kilimnik. Curated by Todd Levin, the exhibition features paintings, collages, and mixed-media installations that reflect the influence of the Romantic-era ballet on both artists.

Joseph Cornell (1903-1972) was an American artist known for pioneering the art of assemblage. Created from found objects, Cornell’s boxes often read like three-dimensional Surrealist paintings. He admired the work of Max Ernst and Rene Magritte, but claimed to have found their work to be too dark.  His work was also inspired heavily by his beliefs in Christian Science, which he adopted in his early twenties. He never received formal training as an artist, but was influenced by American Transcendentalist poetry and French Symbolist painters, such as Mallarme and Nerval. Another motif of his work, 19th century European ballet dancers, comes to life in this exhibition.

Similarly, Karen Kilimnik’s work redeploys discreet objects in a quest for the romantic sublime. Theater and stagecraft have figured strongly in her installations, and her use of particular materials suggests the influence of Cornell. Often making direct references to Degas and other Impressionist painters, Kilimnik’s subjects occupy a nineteenth-century world: one of mystery, drama, and romance.

Anthony Byrt, in his review for Art Forum, refers to Levin’s conceptual approach here as a “bold curatorial statement,” suggesting that the premise upon which the two artists are connected is a precarious one. However, “Ballet aside,” says Byrt, “tangible links do emerge, such as theatricality, quiet spectacle, and ideas of feminine beauty, which both artists explore.” 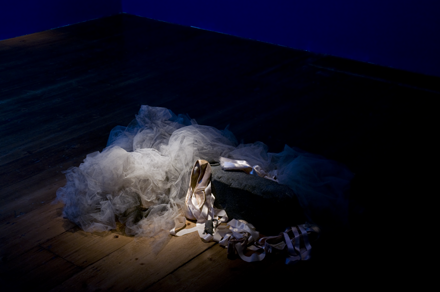 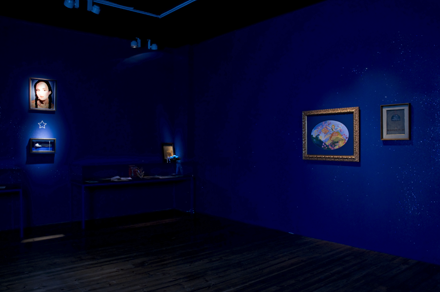 Installation view. Image credited as above.

The organizing motif of many of Cornell’s works is the window, which, according to the exhibition’s press release, “invites the viewer to consider interior and exterior views, and thus establish successive rounds of reality to the mystery beyond.” This play is made evident in the artists’s Hotel series, in which the viewer assumes the role of voyeur, glimpsing at the secrets hidden behind the panes of glass.

The mounting of the exhibition, like its Romanticizing contents, is evocative of the nineteenth-century salon. The deep blue of the gallery walls reference the color used by Cornell in the background of many of his assemblages. In making this choice, Levin may be asking viewers to consider themselves subjects, trapped within a larger Cornell box. In addition to the painted walls, the two-dimensional works are hung salon-style on many levels, allowing for myriad viewing points. Also included are bits of ephemera and memorabilia from the Royal National Ballet, which Levin included to contextualize and enhance the installation. In an interview with Wallpaper Magazine, Levin explained that the idea for this show came to him “as a complete vision,” further evidenced by the decision to play ballet music in the space as part of the sensory experience. “Keeping with the spirit of the artists on show,” he explained, “the beauty of this exhibition is aptly in the details.”

In an interview with Whitehot Magazine, Levin expanded upon his methodology: “For me, a curatorial idea has to remain highly specific, but within that one can go very, very deep and present a great deal of various kinds of information.  I happen to find this approach lively, and I hope other people will too. I know it’s not the most direct or practical way of organizing visual art exhibitions, but this methodology interests me.” 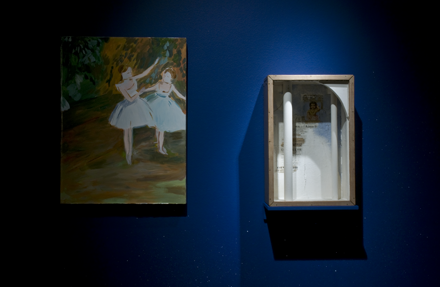 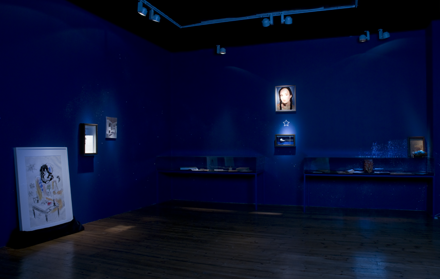 Installation View. Image credited as above.

Cornell lived with his family in Queens, New York, and spent much of his life to caring for his brother, who suffered from cerebral palsy. According to the show’s press release,”Created in isolation, his works transport viewers to worlds far beyond the mundane realities of his urban, terrestrial life.” Cornell was a passionate collector of postage stamps, old photographs, Victorian engravings and nineteenth-century traveller guidebooks and memoirs. He often described himself as an “armchair voyager,” cataloguing every item in his basement studio. He assembled these nostalgic objects into elaborate decorative boxes, creating a poetic theater of memory. The Romantic ballet offered him the fantasy and escape he sought from his bleak surroundings. Celebrating the ideal of female beauty, Cornell was captivated by the renowned ballerinas of the time, and created these ephemeral boxes for them.

In addition to his assemblage boxes, the artist also dabbled in experimental film. He showed these films in the early 1930s, but stopped doing so after an outburst from Salvador Dali during an opening at Julien Levy Gallery in 1936. Dali reportedly saw one of Cornell’s films and suggested that he stick to making boxes. The artist continued to make films until his death in 1972, but rarely screened them in public.

Cornell’s recent solo shows have included “Andromeda Hotel: The Art of Joseph Cornell” at the Katonah Museum of Art in Katonah NY, and “Joseph Cornell – Boxes and Collages” at L&M Arts, New York, as well as the traveling exhibition “Joseph Cornell: Navigating the Imagination” which was displayed at the Peabody Essex Museum in Salem, the San Francisco Museum of Modern Art, and the Smithsonian in Washington, DC. His work is in the public collections of the Tate Modern, London; Scottish National Gallery of Modern Art, Edinburgh; Peggy Guggenheim Collection, Venice; National Gallery of Art and the Smithsonian American Art Museum, Washington, DC; MoMA, New York, SFMOMA, San Francisco; MOCA, Los Angeles; The Art Institute of Chicago; and the Solomon R. Guggenheim Museum, New York. 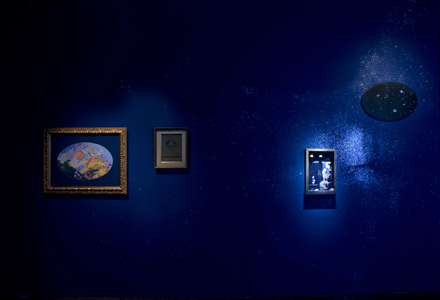 Installation view. Image credited as above. 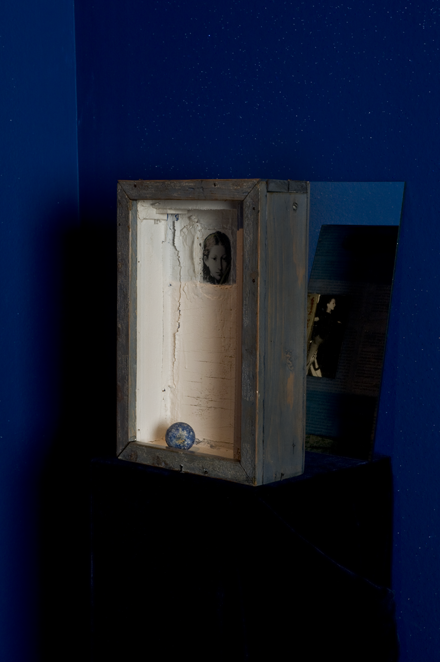 Joseph Cornell, via Parmigianino (Villa Allegra), 1956. Image credited as above. 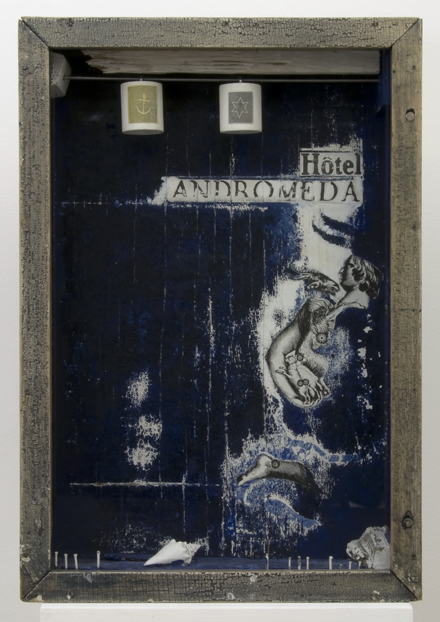 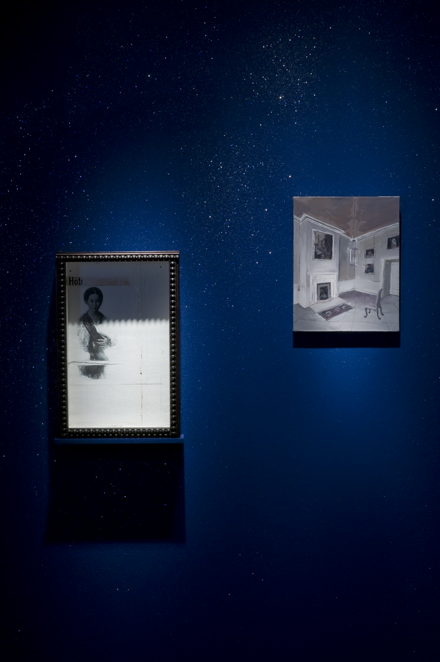 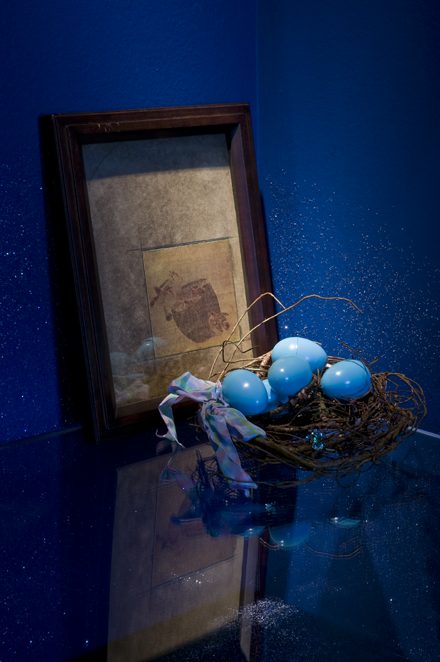 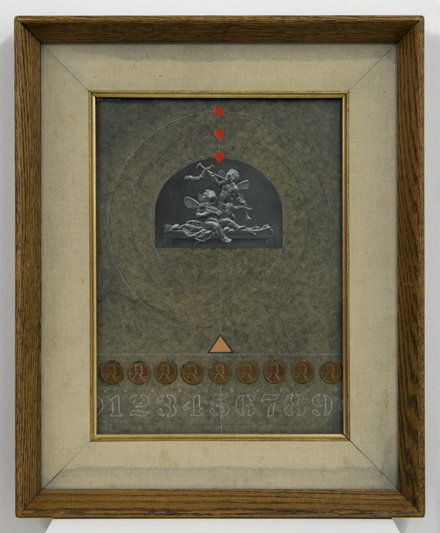 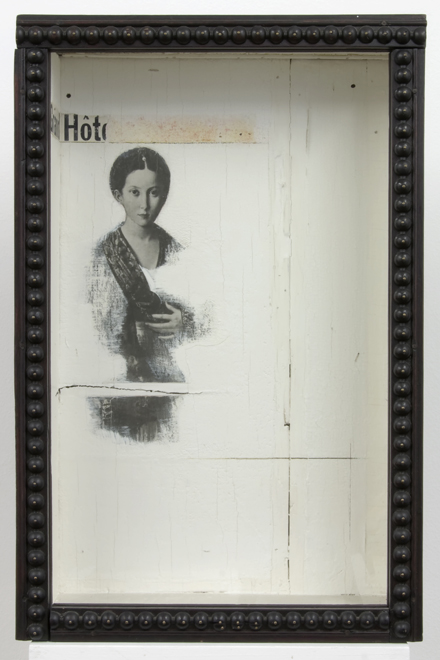 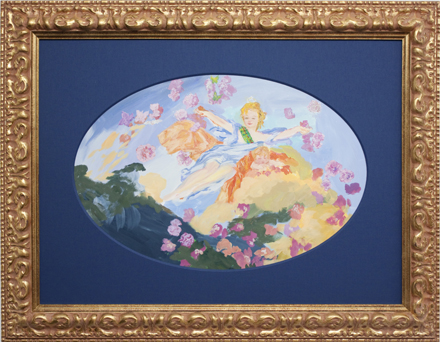 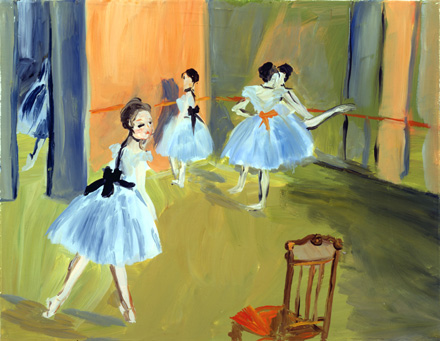 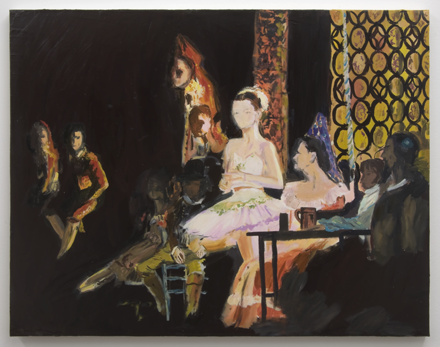 Karen Kilimnik, Kitri + her court in Spain, 2010. Image credited as above. 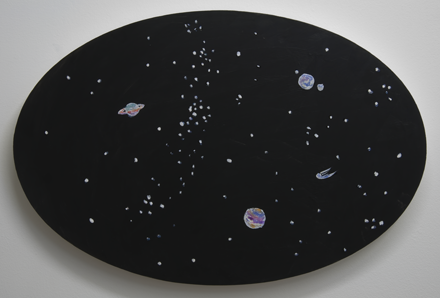 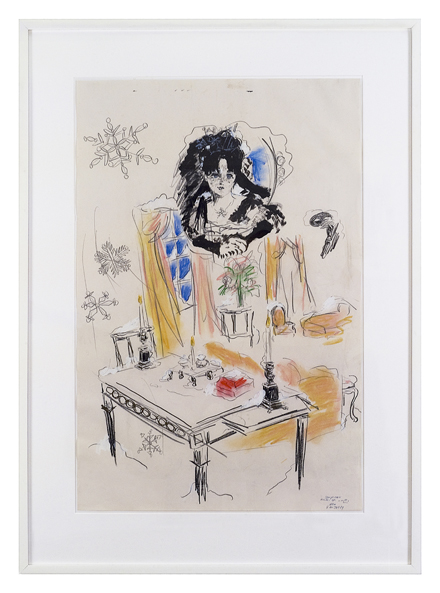 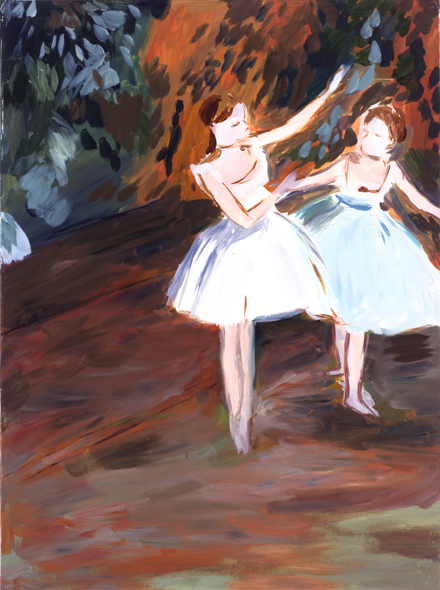 According to a release, the gala will be hosted at the Wade Thompson Drill Hall of the Park Avenue Armory in New York City.

This year’s Gala, marking the 10th Anniversary of 9-11, will honor Lloyd Blankfein, Chairman and CEO of The Goldman Sachs Group, for his ongoing support of the Benefit Fund and NYC’s first responders. The gala will be hosted by Brian Williams, Anchor and Managing Editor of NBC Nightly News.

Kevin Parker, Global Head of Deutsche Bank’s Asset Management division and President of the charity said, “The safety our City’s Fire and Police personnel provide us is something we should never take for granted. The emergency radio call of ’10-13′, which is also the date of the Gala, indicates that a First Responder is in need of assistance. Let this date, on the 10th anniversary of 9-11 when so many of them gave their lives, be a reminder to all of us that our commitment to New York’s bravest and their families must not waiver.” “It’s a privilege to honor Lloyd,” said Dannhauser. “The support that he and his colleagues at Goldman Sachs have shown to family members of New York’s finest and bravest heroes has been remarkable and has made a huge impact on their lives, providing help when and where it is most needed.” “All New Yorkers owe a great deal not only to the City’s first responders but to their families,” said Lloyd Blankfein, Chairman and CEO of The Goldman Sachs Group. “It is an honor for our firm to help support the New York Police and Fire Widows and Children’s Benefit Fund.” Special guests include Hockey Hall of Famer, former honoree and charity VP of Community Affairs, Mark Messier, NYC Police Commissioner Raymond Kelly, and NYC Fire Commissioner Salvatore Cassano and Port Authority Police Superintendent Michael Fedorko, Donnie Wahlberg (Blue Bloods), and Jim Cramer (Mad Money). see here jim cramer mad money

Messier said, “I chose to get involved with this charity, AnswertheCall.org because like all Americans and New Yorkers, I was profoundly affected by Sept. 11, 2001. The courage and selflessness that was shown by New York’s Bravest and Finest was an inspiration to me. I feel deeply compelled to honor and remember all first responders who put the safety of others before their own by helping the families they leave behind.” The event will also feature a performance by up and coming entertainer Duane McLaughlin, who will sing his new release Ready to Live.

Since its inception in 1985 by Daniel Staub, the Benefit Fund has distributed more than $123 million to the families of New York City Police and Fire Fighters who have been killed in the line of duty. Starting in 1987, the Benefit Fund provided 320 families with annual financial assistance. The commitment has since grown to nearly 700 families. With minimal overhead, the charity is able to give 95 cents of every dollar donated directly to the families who has suffered the loss of a loved one in the line of duty The Gala will include a live auction led by George McNeely of Christie’s. Notable items that are being donated this year include unique experience packages through the NYPD, FDNY and PAPD. go to web site jim cramer mad money

For tickets and sponsorship/ticket information, contact: Linda Giammona, 212.735.4505 or linda.giammona@answerthecall.org The Benefit Fund’s mission is to provide assistance to the families of New York City Police Officers, Fire Fighters, Port Authority Police and EMS Personnel who have been killed in the line of duty. The Benefit Fund gives financial assistance to grieving families immediately after they lose their loved one.

This entry was posted on Friday, August 6th, 2010 at 1:00 am and is filed under Galleries, Go See. You can follow any responses to this entry through the RSS 2.0 feed. You can leave a response, or trackback from your own site.