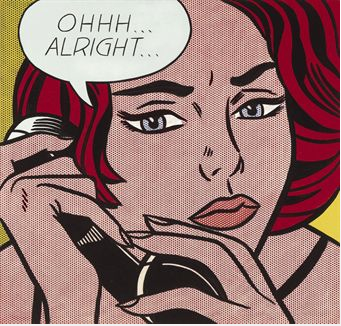 This week’s Contemporary Art sales in New York ended with a bang at Christie’s Contemporary Evening Sale on Wednesday night. Seventy-five lots offered brought in $272 million with a sell through rate of 93% by lot and 92% by value. As was the case earlier this week at the Phillips and Sotheby’s sales, Pop Art sold exceptionally well. Roy Lichtenstein‘s Ohhh…Alright… was the evening’s top lot and set the record for the artist when it sold to an anonymous bidder for $42.6 million – smashing the previous record of $16.3 million set at Christie’s in 2005. 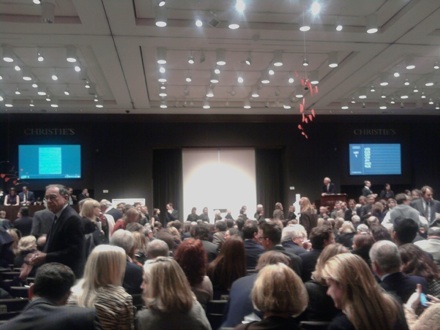 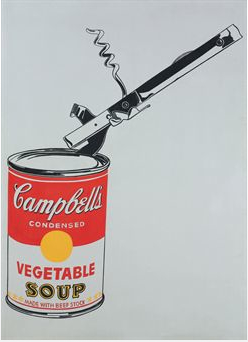 Andy Warhol‘s Big Campbell’s Soup Can with Can Opener (Vegetable) took second place when it sold for $23.9 million – missing its low estimate of $30 million by a long shot. The auction house was quick to point out that all things considered the price realized was strong and that other works by Warhol dating to the 1970s and 80s – generally perceived to be less desirable than works from the 60s – performed extraordinarily well. All 15 Warhols for sale Wednesday night found buyers and nearly all exceeded their presale estimates. 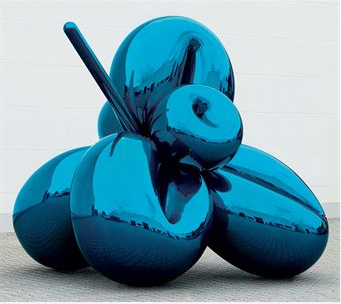 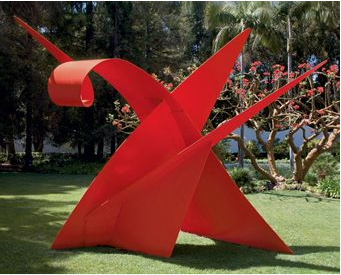 Two works of monumental sculpture, both installed outside of Christie’s headquarters in Rockefeller Plaza, were among the top ten lots. Jeff Koons‘ Balloon Flower (Blue) was sold by the Daimler Art Collection to L & M Arts for $16.9 million. Alexander Calder‘s Red Curlicue came from the collection of Max Palevsky and set the record for the artist when it sold for $6.4 million. 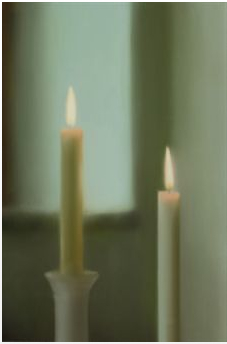 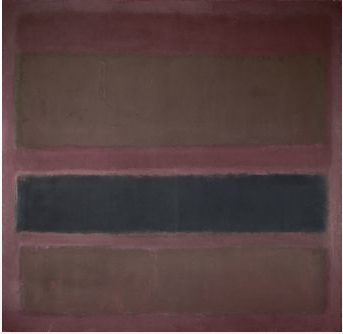 Gerhard Richter continued to be a best-seller. His photorealistic painting of two candles sold for $12.9 million against presale estimates of $12-16 million. Collectors bid a 1958 Rothko up to $9.6 million while they passed on a rather drab late work that carried a high presale estimate of $15 million. 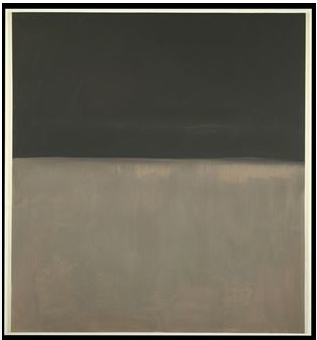 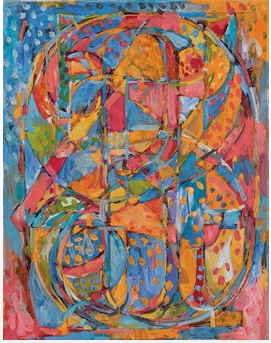 A work by Jasper Johns was another of the five lots bought in. Works by Martin Kippenberger, Frank Stella and Cy Twombly also failed to find buyers. 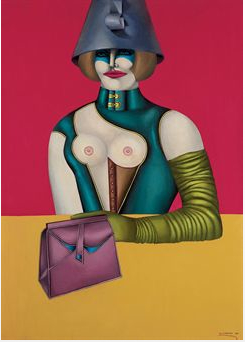 Richard Lindner paintings inspired some of the evening’s liveliest bidding. With only 110 paintings in the artist’s oeuvre, buyers were eager to take home the three oils (there was also one work on paper) for sale Wednesday night. The artist record was set with the sale of West 48th Street for $1 million against a high presale estimate of $600,000. 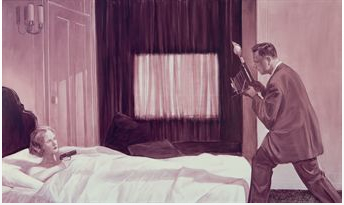 Several other artist records were set. The sale of Mark Tansey’s On Photography (Homage to Susan Sontag) for $4.7 million topped the record set earlier this year at Christie’s. Records were also set for a sculpture and a work on paper by Cy Twombly, for a work on paper by Duchamp, and for a canvas by Felix Gonzales-Torres. Works by Mark Grotjahn and Morris Louis also fetched record prices.

At the conclusion of this round of Contemporary Art auctions it seems as though any fears about the recovery of the art market have washed away. Two things are clear: People are buying art and are ready to pay for it, and no matter how many Warhols are offered, they will always sell.

This entry was posted on Thursday, November 11th, 2010 at 12:57 am and is filed under AO On Site, Art News, Auction Results. You can follow any responses to this entry through the RSS 2.0 feed. You can leave a response, or trackback from your own site.