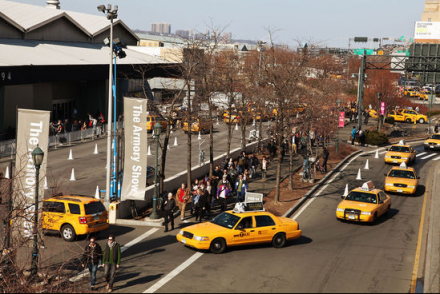 This week the Armory Show is being held once again on the west side at piers 92 and 94. In just 12 years, the Armory Show has developed into one of the most important and determining shows for the global art market, offering an array of the world’s foremost galleries and a program of art events and exhibitions only to be found during this dynamic week in the city.  In recent years however, more and more satellite fairs have emerged near the Armory Show and even farther afield in the Lower East Side or Brooklyn.  Many of these fairs seek to claim the status as the alternative art fair to the Armory Show and many of the migration of certain galleries from the main fair to these new upstarts substantiates their impact and relevance.  In the end, though the dispersion of the center of gravity for Armory Week can be daunting, or as the Financial Times recently wrote of the week, “Manhattan feels fragmented as a fair destination.”  However, if one has the time, the offerings of the week overall are impressive.  Below is a summary of some of the goings on, along with certain highlights from art openings and events of the week. 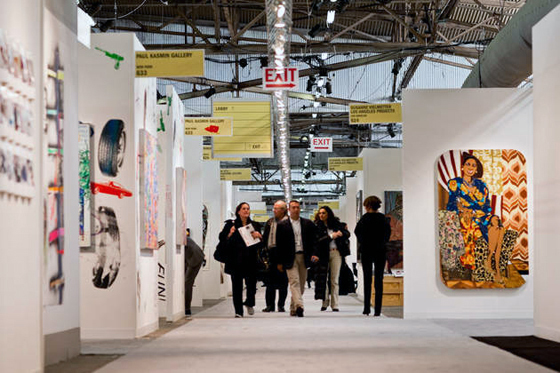 Fair-goers stroll down a section at The Armory Show: Contemporary Art via Artnet

Divided into two parts, Modern and Contemporary, the Armory Show boasts various large-scale installations, outdoor areas and VIP-exclusive amenities. Each year, The Armory Show commissions an artist to provide images for the fair as part of the visual presentation of the fair.  The commissioned artist of the year subsequently provides exclusive images and the cover for the catalog, which is printed in full-color and prized as a collector’s item. Previous commissions have included Karen Kilimnik (2002), Barnaby Furnas (2003), Lisa Ruyter (2004), Jockum Nordström (2005), John Wesley (2006), Pipilotti Rist (2007), Mary Heilmann and John Waters (2008), Ewan Gibbs (2009), and Susan Collis (2010). 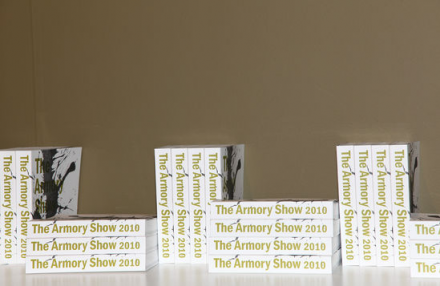 This year, The Armory hosts a new section entitled “Armory Focus,” which serves to feature an important art community each year.  This year’s focal point is Latin America and will include 21 of Latin America’s premier galleries. In correspondence with Armory Focus: Latin America, The Armory Show is hosting additional Latin American-themed events, and has commissioned Mexican artist Gabriel Kuri, who uses commonplace objects to convey political and sociological themes, to create the visual identity for the 2011 fair.

In 2010, 222 contemporary dealers and 76 dealers in Modern art traveled from 94 cities and 31 different countries to exhibit their collections. Last year the show received 60,000 visitors (increasing 7% since 2009), 56% of which traveled from areas outside New York City, and a third from outside countries. 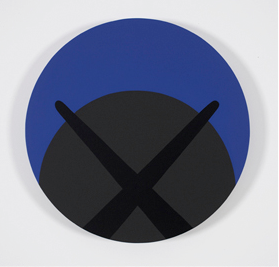 A KAWS work that will be for sale at the Armory, via Honor Fraser

Additionally this week, dozens of other art institutions throughout New York City will organize public events under the umbrella of Armory Arts Week, including a host of other fairs such as Scope, Pulse, the ADAA’s Art Show, and Fountain to name a few. VOLTA NY, the sister-show of Armory, specializes in single-artist showcases and will be exhibiting for its seventh year since its foundation in Basel in 2005. The American counterpart, though less traditional than other art fairs, maintains a tighter focus on the artist and integrity of art presentation.

The ADAA Art Show displays a wide range of art, from new and contemporary to traditional pieces from the 19th and 20th centuries. It’s located on Park Avenue at 67th street, and will be open from March 2nd to the 6th. Galleries such as Marian Goodman and David Zwirner will present a highly curatorial selection of works. 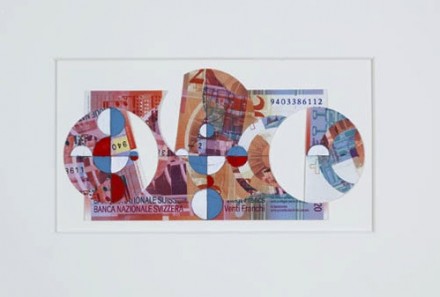 The Independent Art Show, a smaller venture in Chelsea, was created in an attempt to down-size from the sprawling atmosphere of the other shows. It features art displayed in divided sections instead of booths, lending it an atmosphere of one giant gallery. The Independent is located at 548 W 22nd St New York, NY.

Nearby, Scope Gallery will offer a wide perspective of artists, focusing on work in a global context and striving to show the most innovative and creative artwork possible. Scope is located 355 West 36th Street, and will follow the general schedule of Armory Art week.

Yayoi Kusama, Flowers That Bloom Tomorrow to be shown at Victoria Miro (Pier 92)

Pulse Contemporary Art Fair, held annually in Miami as well as New York, takes place just 15 minutes from the Chelsea Gallery area, at the Metropolitan Pavilion in the flat-iron district. It hosts about 50 galleries, and combines emerging and established artists in one setting. The preview for VIP parties and press will be held from 10 am–1 pm on Wednesday, March 3rd at 125 W. 18th street.

Verge Art Fair, Brooklyn’s answer to Armory Art Week, kicks off with an opening night party on Thursday, 3 March, 2011, from 10:00 pm to 4 am and admission to the fair will be free all week. The main gallery exhibitors are located at 81 Front Street, and an exhibition curated by Loren Munk and James Kalm entitled “Brooklyn Art Now: 2011″ will take place nearby at 111 Front street.

Another alternative fair, Fountain Art Fair takes place on the water at Pier 66, at 26th Street, on an old barge also known as the “Frying Pan.”

Moving Image hosts “Moving Image 2011: an art fair of contemporary video art,” showing a variety of international and non-profit single-channel videos, video sculptures, and other larger video installations at its Waterfront New York Tunnel address, 269 Eleventh Avenue, between 27th and 28th streets. The fair runs March 3 – 6, 2011, with an opening reception Thursday night from 6-8.
In SoHo, the RED DOT Art Fair is hosting its Korean art show, a collaboration of Galleries Association of Korea and Korea International Art Fair (KIAF). Open throughout the weekend at 82 Mercer Street, there is an opening reception from 6-9 pm on Thursday, a cocktail party at The Strand Hotel on Friday from 9-11 pm, and a digital installation on the Manhattan Bridge Saturday night at 6 pm.

Richard Diebenkorn, Untitled (Ocean Park), (1974) to be shown at Danese

Other selected events to occur during the week include:

Kazimir Malevich opens at Gagosian Gallery in the Upper East Side, 980 Madison Ave; Reception March 3rd from 6 to 8 pm, running through April 30.

The FLAG Art Foundation: Josephine Meckseper opens her new works on 9th floor space, along with Sinbad: 98 paintings by Gerhard Richter, on the 10th floor; through May 26, 2011.

The Cincinnati Post (Cincinnati, OH) May 31, 2005 Cincinnati congressman Steve Chabot, a colleague from Columbus and both of Ohio’s U.S. senators have intervened in the dispute over discharges from a Northern Kentucky sewer plant that’s now under construction.

No doubt their overtures to the U.S. EPA will be seen as escalating a war between the states. But we see their involvement as a positive step — one that, with a little work, could produce an outcome that helps the entire region. site cincinnati water works

At issue is the effluent from a $75 million sewage treatment plant now under construction near Alexandria in Campbell County, Ky. The new plant is desperately needed; the existing hodge-podge of small treatment operations and private septic systems routinely pollutes streams and has produced a moratorium on most new development in southern Campbell County. The new plant will provide an industry standard known as secondary treatment, along with a relatively new addition to the process that employs ultra-violet radiation to kill pathogens.

Even with that level of treatment, however, officials at the Cincinnati Water Works — backed by technical experts from the University of Cincinnati and elsewhere — have voiced concerns about discharging 4 million gallons of wastewater a day into the Ohio River just 11 miles upriver from the intake point for the region’s largest source of drinking water.

Northern Kentucky’s Sanitation District 1 officials argue that the discharges from the Alexandria plant will be safer than what’s entering the river now at the same location, and that state and federal regulations require only a five-mile separation between such a sewage discharge and waterworks intake. Sending the discharge further upstream, or into the Licking River (which enters the Ohio River below the Cincinnati Water Works intake structure) would be prohibitively expensive — on the order of $40 million to $45 million– SD1 officials say. cincinnatiwaterworksnow.net cincinnati water works

But, as Chabot, Rep. Pat Tiberi of Columbus and Ohio Sens. Mike DeWine and George Voinovich noted in a letter to the EPA, the Alexandria plant would discharge more wastewater than all the sewage plants 100 miles upriver combined. And there are legitimate concerns that even with the ultra-violet treatment proposed by SD1, pathogens could survive and contaminate the drinking water supply. Chabot’s letter says the Cincinnati Water Works — which sells drinking water to Northern Kentucky — might be forced to spend as much as $110 million to upgrade its treatment process.

Given the legitimacy of the scientific concerns, and the horrific experiences in Milwaukee and elsewhere that were traced to the proximity of sewer discharges and drinking water intakes, prudence dictates that Greater Cincinnati not take chances.

Happily, there appears to be a solution that would be reasonably cost effective: the addition of tertiary treatment at the Alexandria plant. SD1 officials have said this would cost about $15 million. This would go a very long way toward removing the danger to drinking water supplies, and SD1 has ample room at the Alexandria site to accommodate the necessary structures.

Although Congress has been phasing out its support for sewage treatment and waterworks treatment, surely there are ways to get some federal dollars to help address this need. We’re glad to see the Ohio political figures intervene to protect the water supply, but we’d also like to see them take the next step and help find money for a solution. That effort would be greatly aided by help from Kentucky’s powerful senators, Mitch McConnell and Jim Bunning, and from Chabot’s counterpart, Rep. Geoff Davis.

This entry was posted on Tuesday, March 1st, 2011 at 11:24 am and is filed under Art Fair, Art News. You can follow any responses to this entry through the RSS 2.0 feed. You can leave a response, or trackback from your own site.