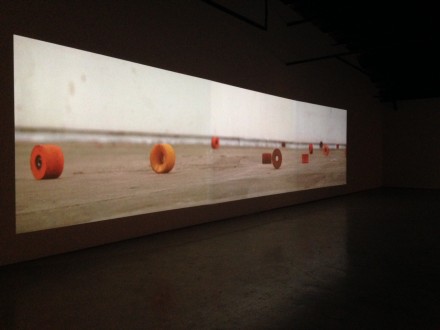 Over the past several years, Mark Bradford has had something of a meteoric rise in the art world, garnering impressive recognition, critically and commercially for his exhilarating painterly style and vivid shifts in form and technique . Committed to creating uncompromisingly grandiose and ambitious works of art, Bradford has been the subject of rightfully increasing acclaim, most recently proven by his solo exhibition Scorched Earth at the Hammer Museum in his hometown Los Angeles, and his recent commission for a massive installation to accompany his upcoming retrospective at the Hirshhorn Museum in Washington, DC. 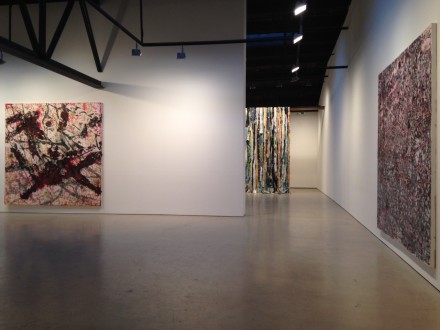 In his first exhibition at Hauser & Wirth following his departure from Sikkema & Jenkins, Bradford pursues traces of his own biography, while commemorating the little known legacy of the venue he is showing for the first time. Although now housing the Switzerland-based blue chip gallery, this warehouse, located on 511 West 18th street in Chelsea, was once home to The Roxy, one of the most influential roller discos and gay clubs in New York until gentrification and the withering of New York’s historic club culture swept it away in 2007. 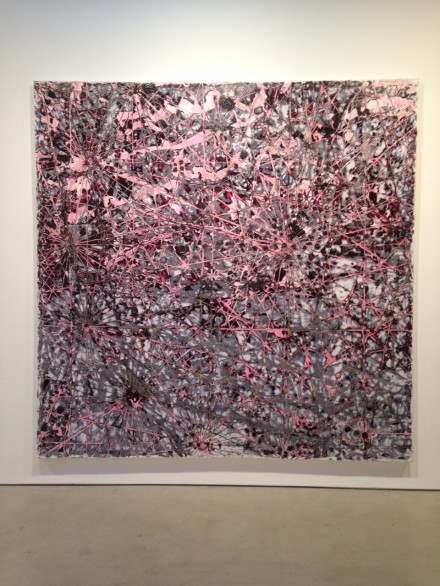 Deimos, projected onto the gallery wall at an enormous scale, materializes this line of history, doing justice to the legacy of the late venue.  Founded and reserved by the gallery during a construction period prior to its inaugural opening in the winter of 2013, roller skate wheels, broken off of their shoes, roll around on a cluttered surface throughout this bitter, yet buoyant video. Vagabond and erratic, the wheels are employed to depict the countless nights shared by hundreds of people that gathered under one roof to find solidarity.  Supported by Grateful, a hit song of the era by LA performer and nightlife personality Sylvester, who passed away due to complications with AIDS, the short video greets visitors as they enter the exhibition, and sets a haunting, pervasive prevailing tone echoed in each of Bradford’s works on view. Having spent his youth in 1980’s L.A. while striving to determine his path as a young, African-American gay man, Bradford acknowledges the influence of time spent outside far from his home, out on the streets or inside nightclubs, bars and other locales, immersed in a community that he feels attached to. 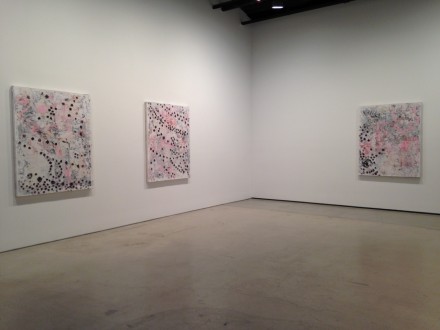 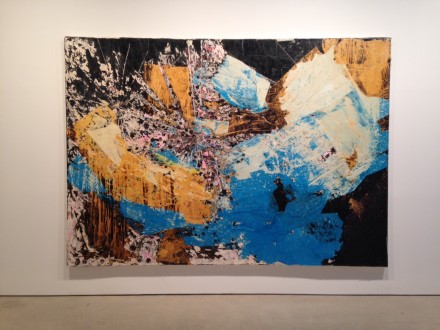 Subdued or ignored histories associated with this experience, from the emergence of the AIDS crisis to an unsettled sense of body politics, to an extensive exclusion of gay identity, appear throughout the show in large or medium scale canvas works, expressively subtle yet perceivably turbulent compositions for which Bradford gathered a vast range of ephemeral materials.  Billboards, flyers, newspaper cut-outs and similar residual matter pile on or over fresh canvas, only to be ripped, torn and slid across the surface by the artist as a gesture of hallucinatory abstraction that narrates bygone times, people and struggles in each layer.

Mark Bradford: Be Strong Boquan is on view at Hauser & Wirth through December 23, 2015. 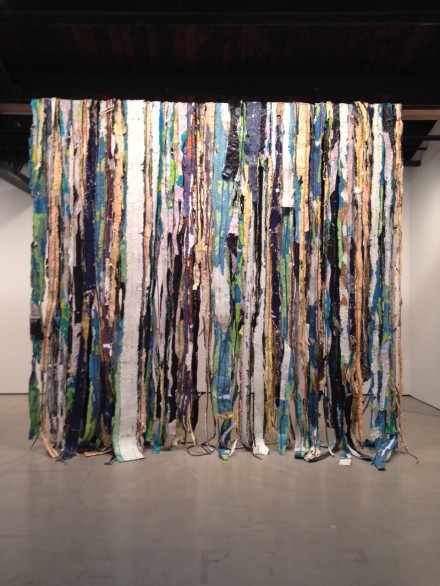 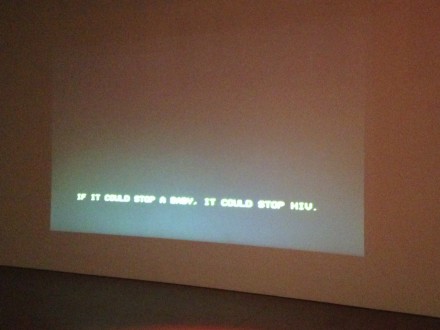 This entry was posted on Tuesday, December 22nd, 2015 at 12:00 am and is filed under Art News, Featured Post, Show. You can follow any responses to this entry through the RSS 2.0 feed. You can leave a response, or trackback from your own site.