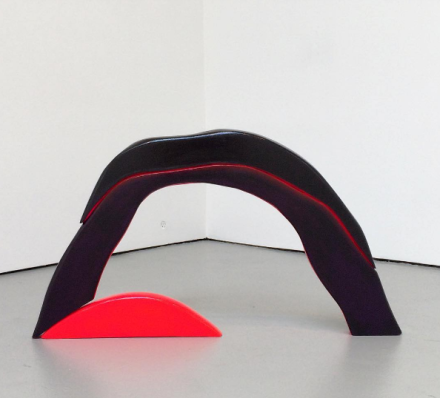 In 2012, David Zwirner Gallery launched a novel concept for the summer group show.  Called People Who Work Here, the gallery opened its floors to its own employees, launching an exhibition of works that underscored the depth of talent of those working for the international mega-gallery.  Four years later, the gallery has picked up where the last exhibition left off, opening a new iteration of the show that welcomes over 35 artists to show their work at the gallery’s 19th Street location, just steps away from a massive new Jeff Koons sculpture in the gallery’s open garage exhibition space.  Curated by Marina Gluckman and Jaime Schwartz in gallery’s Research and Exhibitions department, the show takes a playful look at the gallery’s skilled employee based, and offers subtle historical parallels with its own selection of artists. 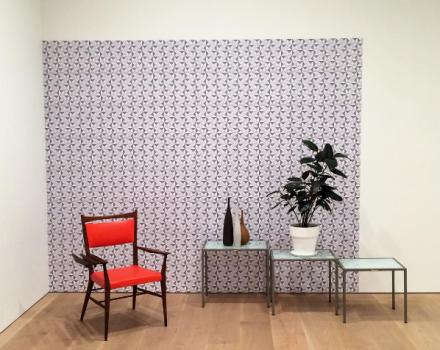 The show itself is an impressively arranged feat, one which underscores the wealth of talent currently working at the gallery space, while also providing Zwirner with a summer show that offers fresh perspective on the current crop of young artists in both New York and around the globe.  The show is something of a case study in the current economic layout of the art world, a momentary reveal on a new crop of talented artists laboring behind the scenes of the gallery while honing their own craft.  In one corner, a comically lumpy sculpted object by Vanessa Castro contends with lightly shaded oil works by Dan Gratz, while elsewhere, a striking hand-painted Super 8 piece by Justin Davis Anderson offers one of the show’s more intriguing time-based works, each underscoring the meticulous craft and perspective of the artists at hand. 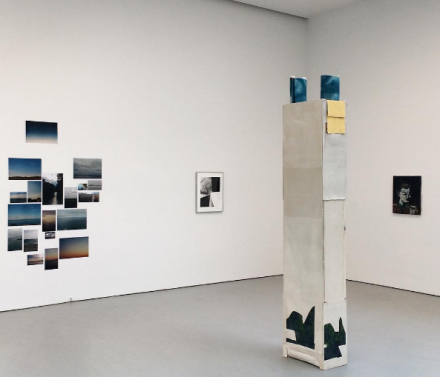 Yet the works on view, either by conscious selection or by coincidence, also seem to echo the work of many of Zwirner’s roster artists in slight hints and momentary twinges of artistic sensibility.  A canvas by Cy Amundson in the back room of the space, for instance, brings the spotty, pop amalgamations of Sigmar Polke into view (a point that can be further studied at the German artist’s retrospective show only a few minutes away), while an arranged “still-life” featuring a Paul McCobb chair, potted plants and a printed backdrop by Joel Fennell immediately calls to mind the recent exhibition of Sherrie Levine one block away.  In another corner, a sculptural archway by Colin O’Con recalls momentary allusions to Franz West’s architecturally-rooted works. 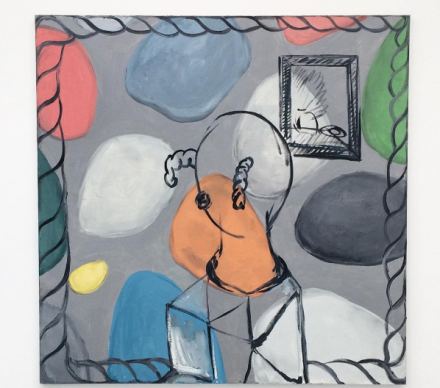 Keeping this in mind, it’s hard to ignore the impression that the constant presence of these heritage artists may leave on those responsible for transporting, promoting, handling and selling them each day.  The complex internal workings of the gallery are tacitly posed here as something of an amplification device for the artistic interests of those passing through it, as a sort of second education, where the gallery’s workers learn through exposure and almost unprecedented access to their resources. 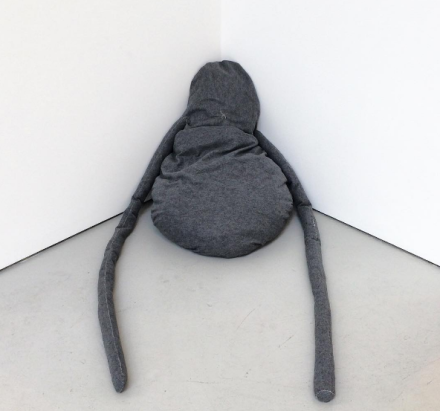 That’s not to say that any artist on view is inherently indebted to the gallery itself, nor are they working under the tutelage of these artists in any formal manner.  Rather, the influence of the Zwirner roster seems to hang in the air of the space, a sort of aromatic context that emphasizes the often porous social connections and aesthetic influences on the contemporary landscape, and the market context that so often undergirds its function.

This entry was posted on Friday, July 22nd, 2016 at 12:00 pm and is filed under Art News, Auction Results, Featured Post. You can follow any responses to this entry through the RSS 2.0 feed. You can leave a response, or trackback from your own site.