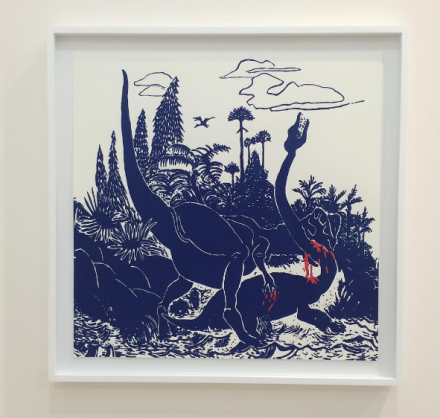 For eleven years, Printed Matter’s annual Art Book Fair at MoMA PS1 has ushered in the fall art season with its unique and enigmatic selection of small press publishers, gallery bookmakers, artist-run presses, and other producers of small-scale works, antiquities, multiples, and other ephemera.   Offering an intimate and often far more portable selection of works by a wide range of artists and authors, the show, which runs through Sunday, offers a broad snapshot of the further reaches of the city’s arts community, where graphic arts, design, writing and studio practice have one of their few opportunities to mingle and show work in the same context, making for a unique look at New York’s fertile and expanded creative communities. 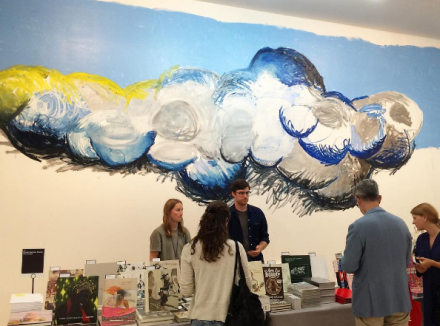 The David Zwirner Booth, with art by Oscar Murillo and Yutaka Sone, via Art Observed

This year, the fair returns its annual mix of publishers, galleries and artists for another strong offering.  Visitors can browse through a series of photography books in the show’s Focus: Photography section, peruse through a bin of sandals from Cory Arcangel’s Arcangel Surfware clothing line, pick up a uniquely disheartening ashtray by artist John Pylypchuk (text: “I wish both my parents were still alive”), or check out any number of zines, records, cassettes or posters in the rows of smaller publishers arranged in the tents outside. 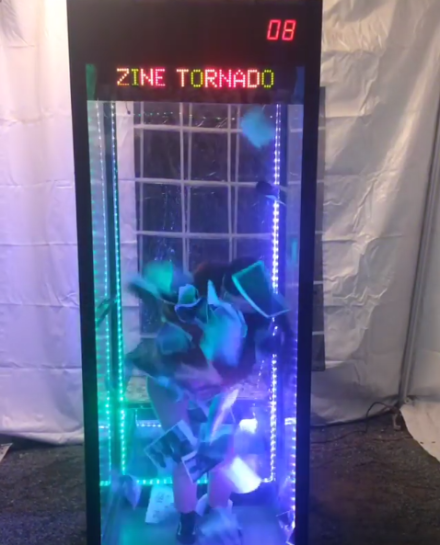 In one project room for New York’s Karma, Shio Kusaka presented a new book of photographs displaying her recent ceramic works, accompanied by a selection of prints and drawings that drew inspiration from her work.  The pieces, any of which were previously on show in Los Angeles, exude a certain ease and style, and fall into conversation quite well with the prints accompanying the works.  Artist Ken Kagami also left a big footprint at the fair this year, dispensing hand fans (a coy wink at the often oppressive heat that marks the later days of the fair as hundreds pack into the museum) emblazoned with a bootleg Supreme logo. 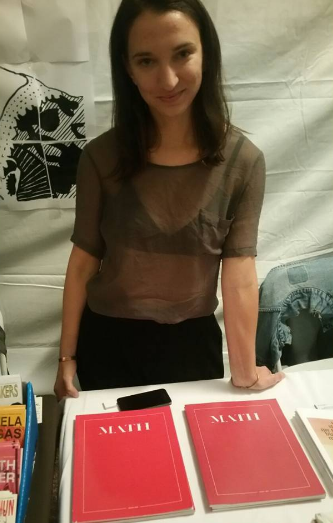 Taking the often freewheeling atmosphere to heart, Gagosian Gallery is also notably adventurous this year, as its Flash Flash Flash project sees a group of artists including Douglas Gordon, Kim Gordon, and others designing custom tattoos for interested buyers, which are then immediately inked onto their body.  Also of note was the strangely compelling Tornado project, driven by Maia Ruth Lee and Peter Sutherland.  Commissioning work from a wide group of artists including Rob Pruitt and Tauba Auerbach, the duo has placed each page of the zine into a portable tornado machine, allowing visitors to go into the booth to grab wildly at pages, ultimately compiling their own zine from the whirlwind of potential works on view.  It’s a fitting commentary on the fair’s often wild and hectic layout, where the impression of a swirling torrent of paper is quite understandable. 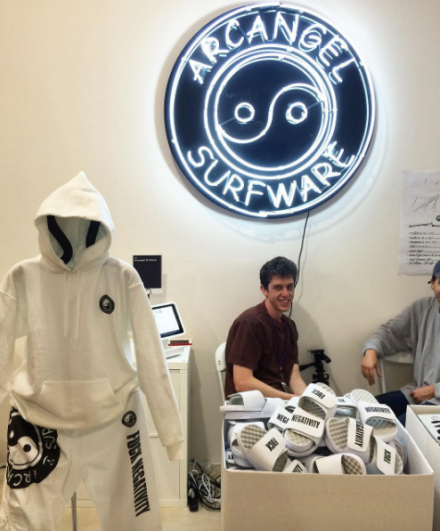 It’s this same sensation, however, that makes NYABF such an enjoyable event, welcoming a freeform wander through the masses of young artists, one-off projects and occasionally madcap ideas that feels particularly refreshing amidst the number of major gallery and museum openings that dot the rest of the fall calendar. 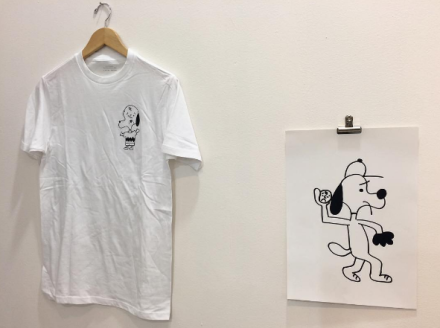 Prints and shirts by Ken Kagami at New Documents, via Art Observed

Ashtrays by John Pylypchuk at Petzel Gallery, via Art Observed

This entry was posted on Friday, September 16th, 2016 at 11:49 am and is filed under Art News, Featured Post, Show. You can follow any responses to this entry through the RSS 2.0 feed. You can leave a response, or trackback from your own site.