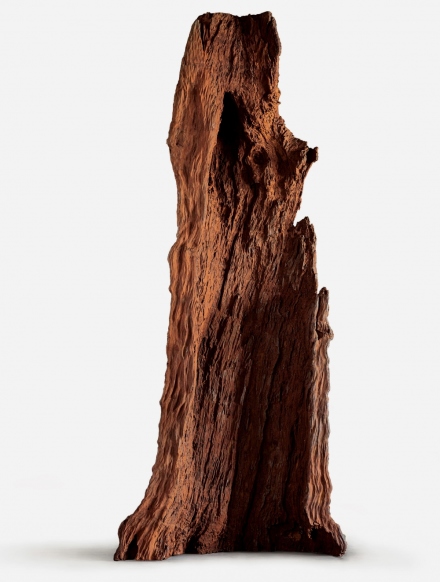 Bringing a body of less frequently seen works from the past several years to Paris for his first solo exhibition in the city, Ai Weiwei continues his global tour de force after regaining his passport last year, opening a show at Max Hetzler this month.  Capturing the artist’s continued engagement with both the material and socio-political histories of China, the show features a carefully selected, yet broadly applicable series of pieces that offer a fitting counterpoint to the artist’s major museum exhibition currently on view in Athens. 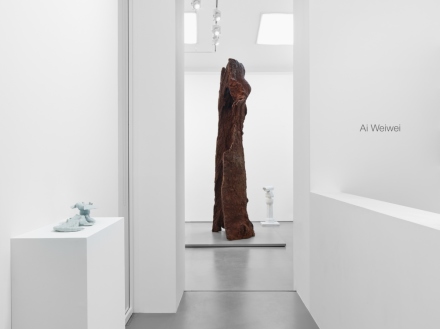 Spread across a series of historical touchstones and symbolically potent objects, the show at Max Hetzler illustrates Ai’s ability to work at the intersection of varied interpretations of his country’s often challenging political history.  In one piece, Treasure Box, the artist has realized the traditional object in large-scale.  The functioning object twists internally, creating multiple compartments and spaces for the concealment of ephemera, and its intricate network of chambers implies a certain parallel with the fraught internationally political alliances of the current era.  Much in the way that the inner workings of China’s Communist Party are held back from the viewer, twisting and evolving through the actions of its agents, the box carries a certain physical resonance with the political state of his home state.  By contrast, his iron-cast Tree Trunk replaces a symbol of natural repose and the long-stretches of time with a heavy industrial material, a poetic fusion of image and composition that touches on multiple threads of the modern Chinese economy and shared cultural commons. 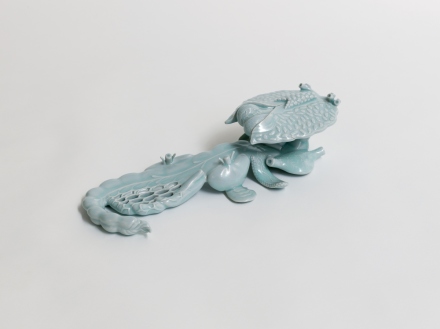 Elsewhere, the artist has turned his attention towards operations on a considerably reduced scale.  A bicycle basket work from 2014, for instance, draws particular emotional affect from its subdued presentation, showing a bouquet of porcelain flowers emerging from its depths in a modest yet potent arrangement.  The work points towards the artist’s more impressive engagements with the bicycle, and the social implications it carries as a popular mode of mass transit, but paralleled here with such a personal, singular work, presses a sense of memorialization, a single token to an absent, or perhaps deceased figure. 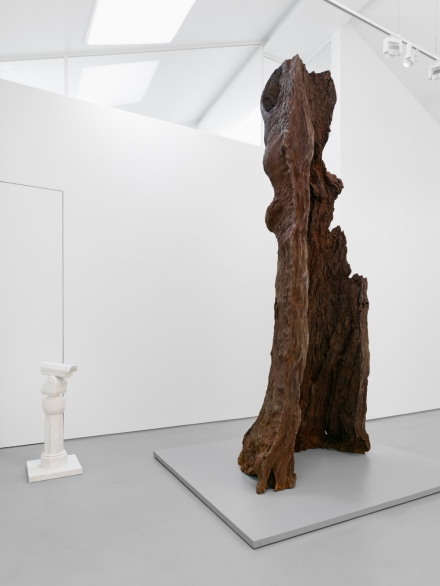 A sense of repurposed or reworked context, both for Ai’s past work, and for the objects he selects, repeats itself throughout the show on a variety of scales.  In recent years, the artist’s work seems to have taken on this interest to a considerable degree, delving into previously used cultural motifs and symbols from his own work to fuel new engagements with the objects and historical situations he has long been interested.  Ruyi, for instance, takes on the traditional scholarly gift of good fortune, yet tunes it to his own intentions.  Previously taking the form of a note pad, sceptre or a mushroom, Ai once again changes the form of the object to a flat-headed, surrealist dragon, underscoring both the changing cultural backdrop of the object, and his own hand in shaping the cultural context of his materials. 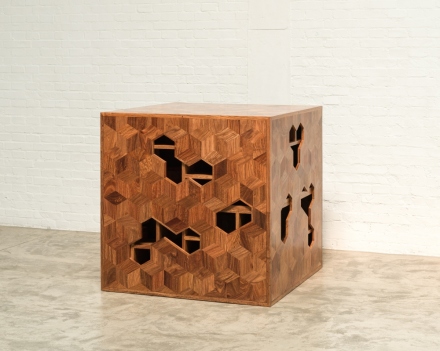 This sense of participation and active engagement had grown increasingly prominent in the artist’s work over the past years, and the current exhibition in Paris offers a fitting continuation of this thread.  Tracing the origins of the artist’s interests in revisiting and posing past work against more contemporary situations, Ai’s ongoing engagement with the cultural and political implications of time are offered ample new folds here. 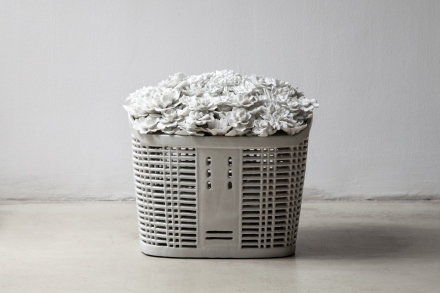 This entry was posted on Sunday, October 2nd, 2016 at 12:36 pm and is filed under Art News, Featured Post, Show. You can follow any responses to this entry through the RSS 2.0 feed. You can leave a response, or trackback from your own site.