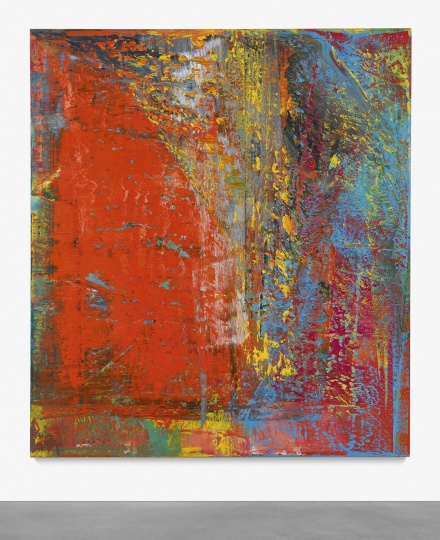 Concluding the last major week of auction sales before the end of a rollercoaster calendar year, Sotheby’s capped an impressively consistent sale of Post-War and Contemporary artworks last night in New York City, a 64-lot outing that saw the auction house continue to upend expectations in a week that has been defined by unexpected records and several marquee auction records.  The sale reached a final tally of $276,560,750, with 4 of 64 works unsold. 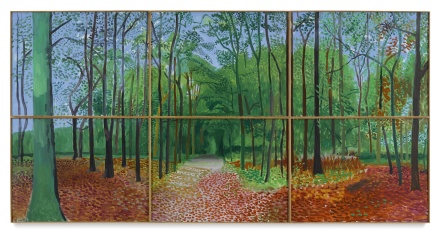 This evening was no different, as the early lots of the sale forecasted the evening’s upcoming successes.  It kicked off with a Mark Grotjahn Butterfly painting which doubled estimate on strong bids to reach a final of $1,872,500, followed by a Philip Guston work that also topped estimates to a $3,612,500 final.  A Willem de Kooning in the next lot was an early highlight, but saw few bids, reaching estimate to sell quickly at a $9,800,000 final, with a Gerhard Richter taking up the charge shortly after, reaching $20 million and selling to a final of of $22,737,500.   Top sales moved back and forth between those two artists during the early hours of the sale, with the artists’ works from the Ames collection dominating the highest prices of the night, as another de Kooning reached a final of $10,362,500, and a Richter reached a final of $9,012,500.  A third Richter from 1986 also performed well, beating estimate to reach a final of $33,987,500, while another de Kooning capped the artists’ early run in the sale with a strong finish over estimate at $2,832,500. 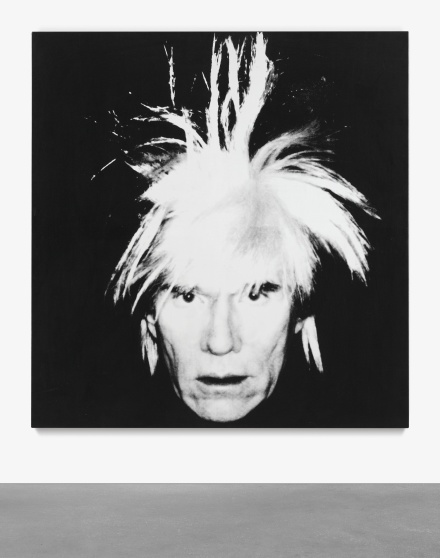 The sale proceeded with little break in momentum as the sale shifted away from the Ames collection, with a Rudolf Stingel reaching a strong $4,006,250 final, while a Mark Bradford in the next lot also performed well, reaching its estimate to sell for $4,737,500. A Christopher Wool piece also pushed over estimate on competitive bidding, reaching a final of $6,762,500.  From that point onwards, the sale seemed to be on cruise-control, pushing through and selling even the highest-priced lots with little contest.  A Jean-Michel Basquiat achieved $18,800,000, while the Andy Warhol fright wig piece sold quickly at the low estimate (final: $24,425,000).  A Mark Rothko also reached expectations and a $4,512,500 final, while a six-panel David Hockney from 2006 took some gentle coaxing by Oliver Barker to ultimately push up past its estimate to reach a final of $11,712,500, a new auction record for the artist. 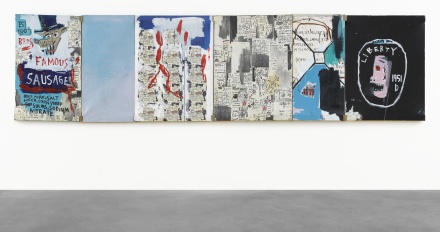 Sales drew to a close on consistent sales, with few works failing to attract at least a passing interest by bidders.  An Andy Warhol Lenin portrait sold well over estimate for a final of $8,112,500, while a Frank Stella took fierce back and forth bids to push its price up to $8,900,000. 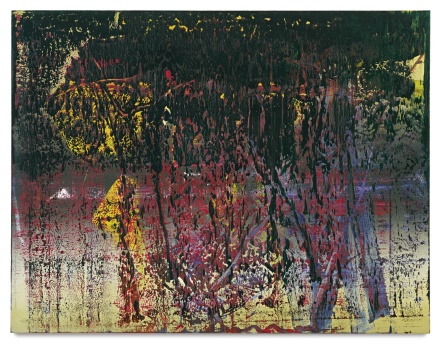 With sustained performances like these in the face of market uncertainty, one can trace a sense of security in the highest end of the blue-chip market, with collectors pushing to pick up market-resistant works even when there seems to be a shortage of works on sale.  With auction houses pushing to maintain price levels for these works, it will be telling to see quarterly reports for Sotheby’s, perhaps offering a perspective on the cost of maintaining this momentum in a struggling market.

This entry was posted on Friday, November 18th, 2016 at 2:05 pm and is filed under Art News, Featured Post, Show. You can follow any responses to this entry through the RSS 2.0 feed. You can leave a response, or trackback from your own site.