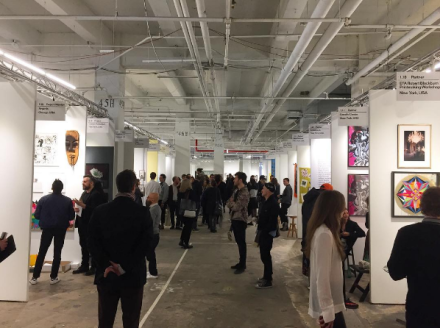 One could have been mistaken for assuming there wasn’t much a NADA New York fair during Armory Week could add to the already broad scope on both the city’s art scene and the international network that the week’s many fairs and openings already offered.  Yet at the same time, NADA seems to have long prided itself on its surprises, and its first edition in Tribeca (away from its usual haunt at Basketball City on the Lower East Side) made for a timely update on the fair’s already sterling reputation in the art fair circuit. 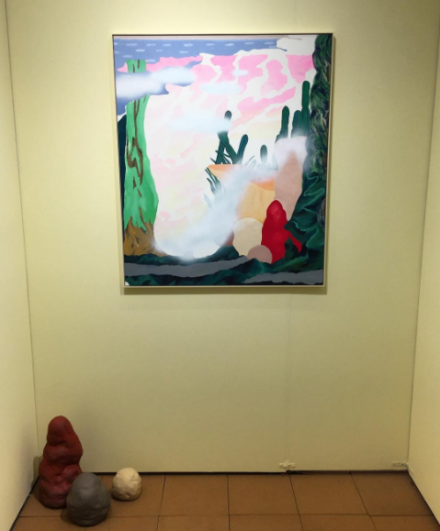 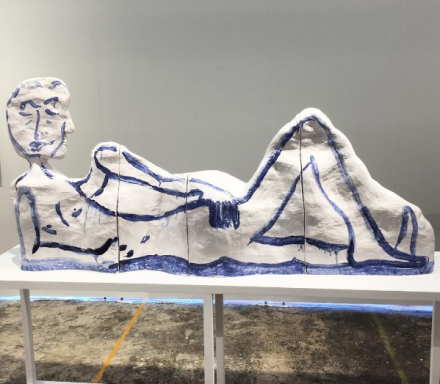 For starters, the raw industrial appointments and sheer scale of its floor plan created an environment welcoming seemingly endless browsing, as viewers circled an immense cube at the fair’s center for performances and music, often doubling back on booths and sections inadvertently as a result of its semi-circular layout.  It was a setup that worked well with the often animated, colorful booths on view, a striking contrast with the tightly arranged spaces at the Armory Show and Independent.  In one corner, for instance, San Juan’s Galería Agustina Ferreyra was showing a series of glowing, gradient-heavy sculptures by Cristina Tufino, while nearby, Moran Bondaroff was exhibiting an overwhelming wallpaper composition by Jacolby Satterwhite, accompanying the artist’s augmented reality work.  Elsewhere, a stripped-back, monochrome booth by Berlin gallery Klemm’s featured a series of calming, minimal photo-collages by Viktoria Binschtok, while a smaller booth by Montreal gallery Projet Pangée was showing a series of paintings and sculptures by artist Joani Tremblay, who had painted the walls and covered the floor in cork panels.  “I wanted to make the space feel more welcoming,” she said of the space. 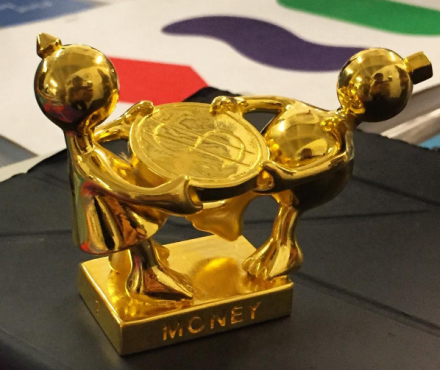 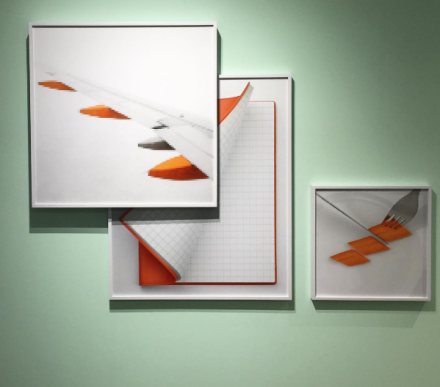 Other galleries had embraced a more madcap approach, chief among them New York space Yours, Mine and Ours, which had created an embellished version of the gallery’s current Jeremy Couillard exhibition in its main exhibition space.  Surrounding by a series of sculptures, light works and wall pieces by Esther Ruiz, Benjamin Phelan, and others, Couillard’s animatronic alien sculpture sat typing out a series of cryptic texts, chatting with another alien still on view in the gallery’s home base in Chinatown.  Also worth noting was a series of works by Brooklyn’s SIGNAL, which was showing a series of works by Ivana Basic and Hayden Dunham, vivid body forms and alchemical process-based pieces that gave the booth the impression of some landscape as figuratively alien as Couillard’s work was literal. 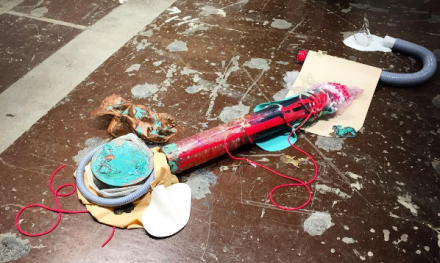 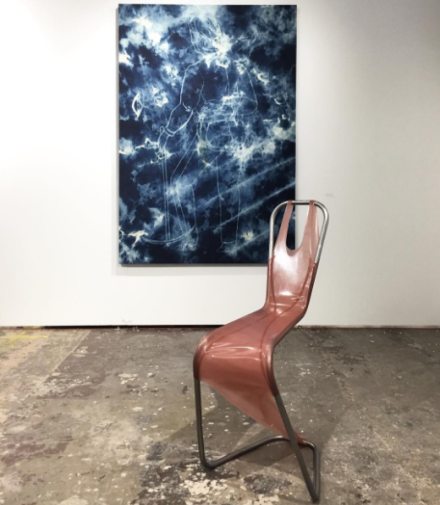 Alongside the fair’s first glimpse at the booths, the fair’s initial series of performances and collaborations traced the broad network of artists and exhibitors passing through the fair beyond those showing alone.  Duo FlucT, who recently worked with SIGNAL for the gallery’s exhibition at Andrea Rosen Gallery this past year, and has been commanding attention for their visceral, jagged performances, took the stage during the fair’s preview, as did Richard Kennedy, a powerful performer who has been a central figure in the city’s arts and music scenes for the past several years, with future talks and performances scheduled for BHQFU, Brian Belott, and more. 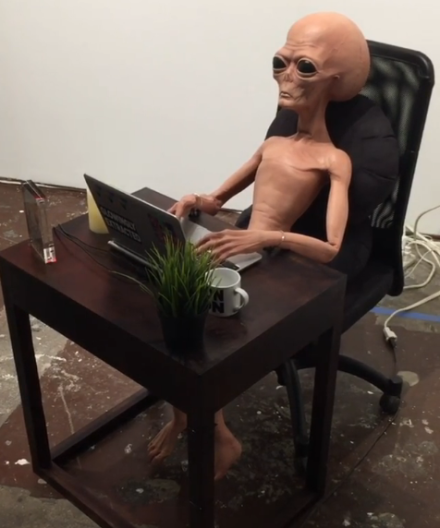 Jeremy Couillard at Yours Mine and Ours, via Art Observed 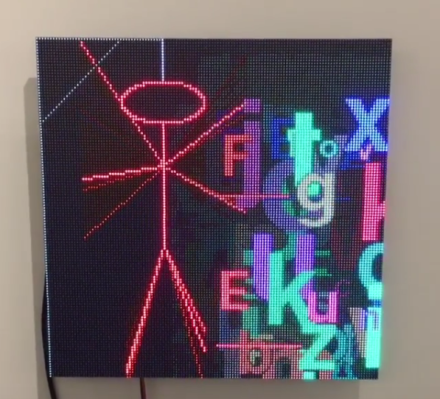 This sense of community, of the intricate connections and scenes that undergird the fair’s exhibitions, underscores why NADA manages to feel so vital each year, and why, even in the midst of a packed Armory Week, manages to offer a breath of fresh air. 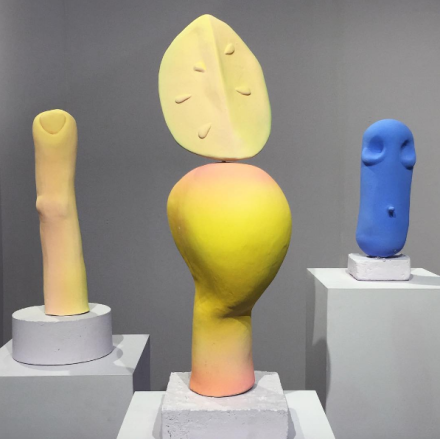 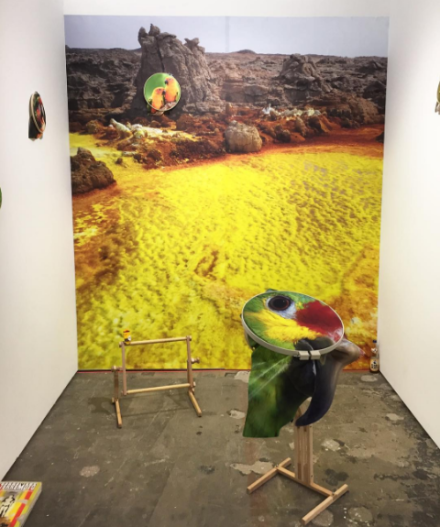 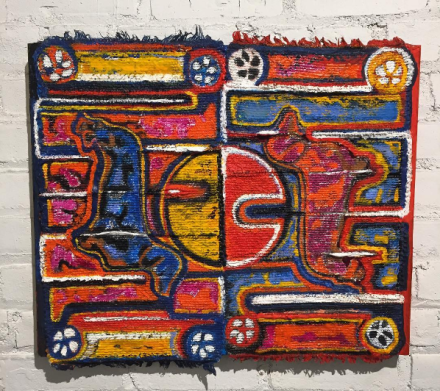 This entry was posted on Sunday, March 5th, 2017 at 12:00 pm and is filed under AO On Site, Art News, Featured Post, Show. You can follow any responses to this entry through the RSS 2.0 feed. You can leave a response, or trackback from your own site.