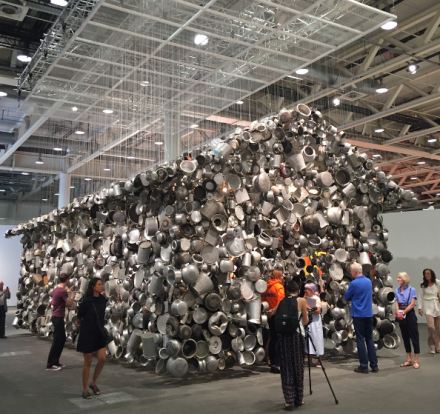 As Sunday drew to a close in Basel, the flagship Art Basel fair brought its program to its finale at the Messe Basel, capping an unexpectedly vigorous few days of sales and other programs that once again underscored the fair’s exceptional attraction for collectors across Europe, North America, and the rest of the globe.  Capping its five day run on Sunday evening, the week concluded on a high note, with ample sales that focused primarily around the blue-chip highlights of the fair’s lower floor, while sending a strong message on the market’s health more broadly. 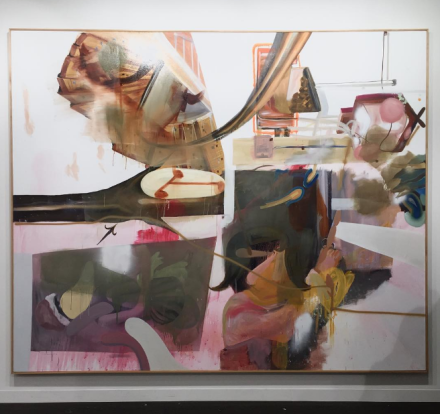 Hauser & Wirth continued an impressive run during the course of the fair, selling a Piero Manzoni Achrome for $10 million, an early trophy for the gallery after announcing representation of the artist’s estate mere weeks ago.  David Zwirner also notched impressive sales during the later days of the fair, with an Alberto Burri work selling for $10 million, while a Sigmar Polke work from 1986 hit €8 million.  The gallery also capitalized on the opening of Wolfgang Tillman’s exhibition at Fondation Beyeler, which opened only a few days prior, ultimately selling a range of prints in the range of $30,000-$35,000.  Carol Rama was also seeing strong popularity during the later days of the fair after the artist opened a retrospective earlier this year at the New Museum.  Lévy Gorvy moved a number of works by the artist over the course of the week, priced between $300,000 and $600,000, while Fergus McCafferey moved a selection of the artist’s works as well, priced between $90,000 and $275,000. 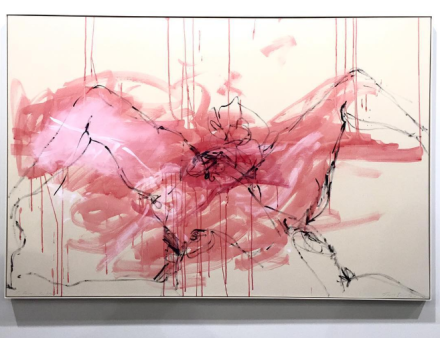 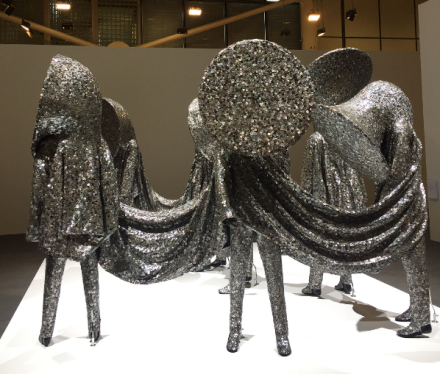 The fair’s Untitled section continued to be a major draw over the course of the week, as its monumental structures and ambitiously scaled projects attracted countless visitors to wander around each work.  In one section, Otto Piene’s immense inflatable sculpture Blue Star Linz  towered over the viewer, its countless tentacles moving subtly in the air-conditioned breeze of the exhibition hall, while artist Song Dong’s Through the Wall was also a favorite, its countless mirror frames and hanging lights creating a dizzying illusion of reflections and fragmented images through domestic materials.  Yet few works were as immediately striking as Adrián Vilar Rojas’s contribution, a massive pair of legs towering up from a base that recalled classical Greek and Roman sculptures while playing with modern iconographies.  In a similar mode, Urs Fischer’s The Kiss translated the same classical lexicon into the artist’s own embrace of brusquely slapdash figuration, flecking the sculpture with flicks of clay and material that challenged the notion of mastery and perfection in subtle, nuanced ways.  The sculpture ultimately sold through Sadie Coles HQ for $500,000. 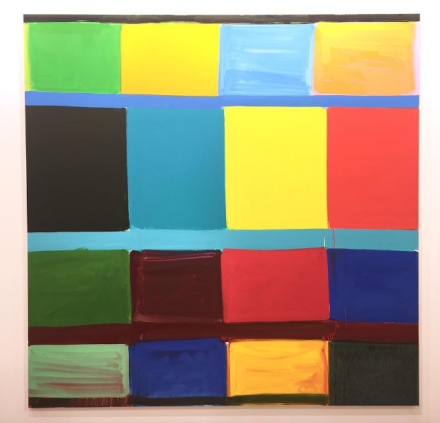 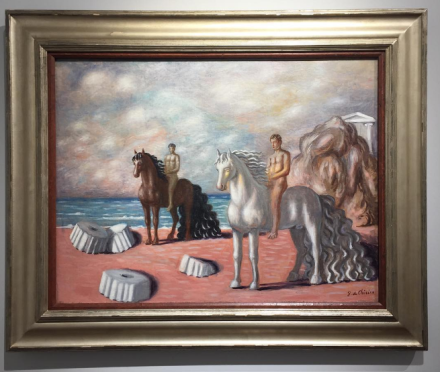 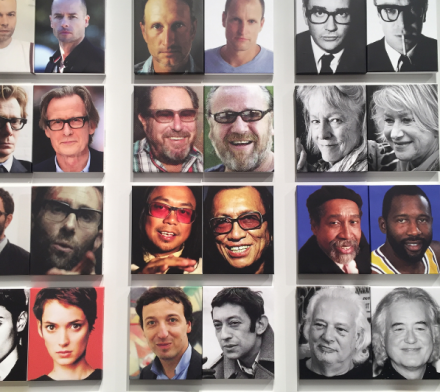 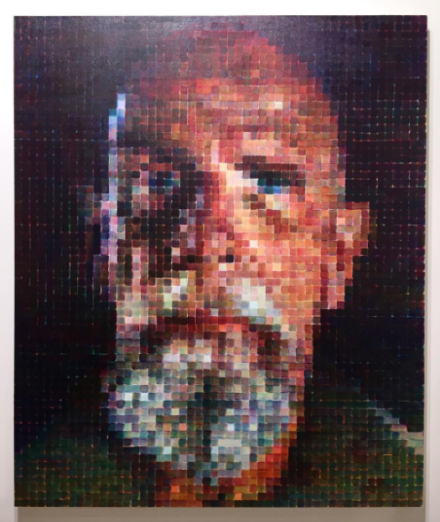 Other highlights of the fair included artist Sam Pulitzer’s strange conflations of sarcastic texts, glass panel architecture and cartoonish iconography at Real Fine Arts, which earned the artist a share of the Baloise Art Prize alongside Martha Atienza, showing with Metro Manila of Manila, while in the program’s Talks section, artist duo Elmgreen & Dragset were discussing their vision for the upcoming Istanbul Biennial.  “We aim to highlight positive alternatives to normative living modes, and propose a different understanding of what it means to be a ‘good citizen’,” Dragset said during the talk.

The fair closed yesterday, June 18th, with the final fair of its annual calendar set for December in Miami Beach. 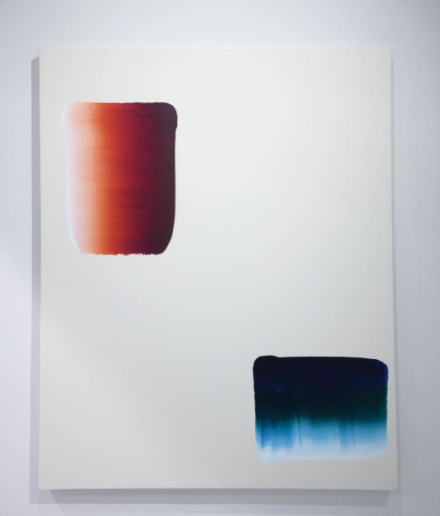 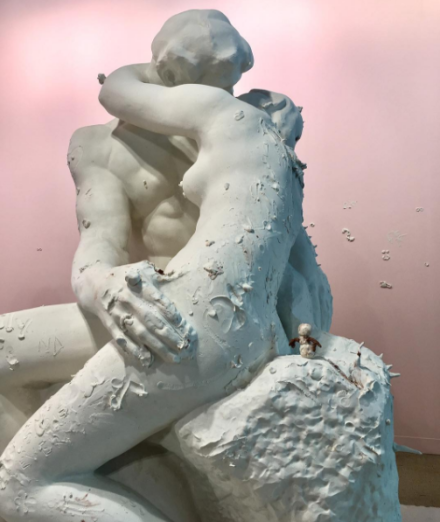 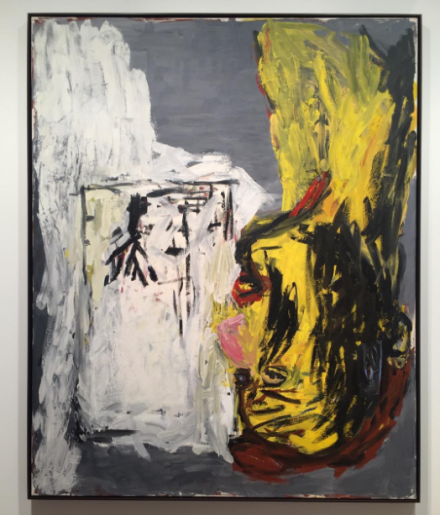 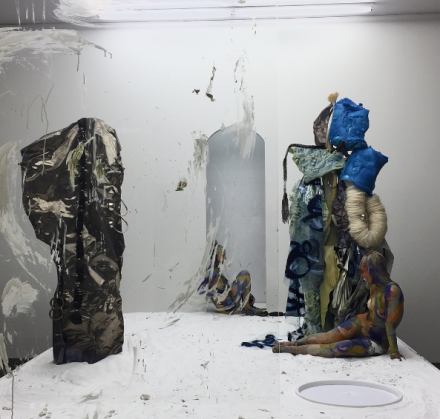 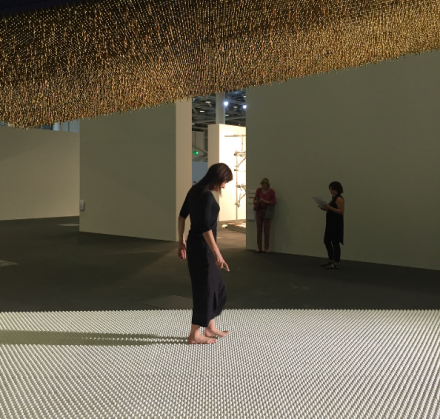 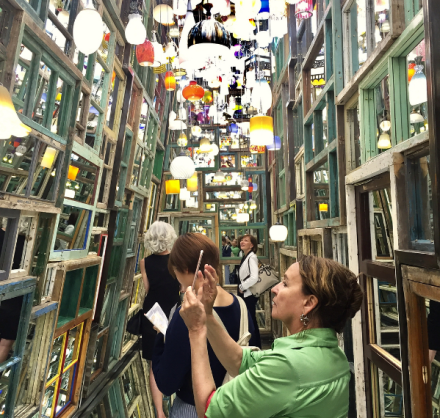 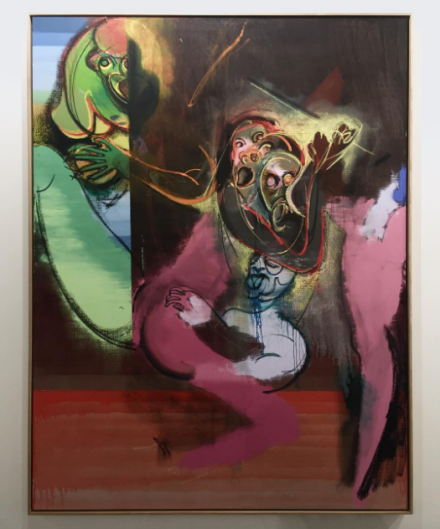 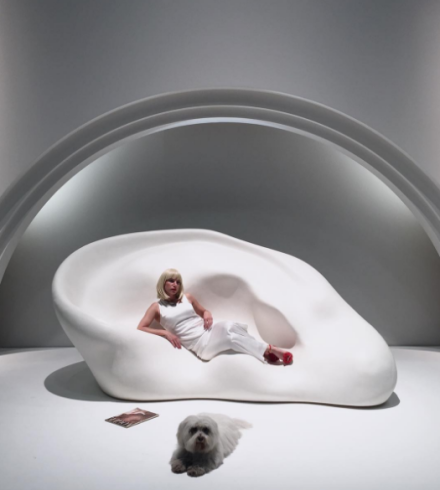 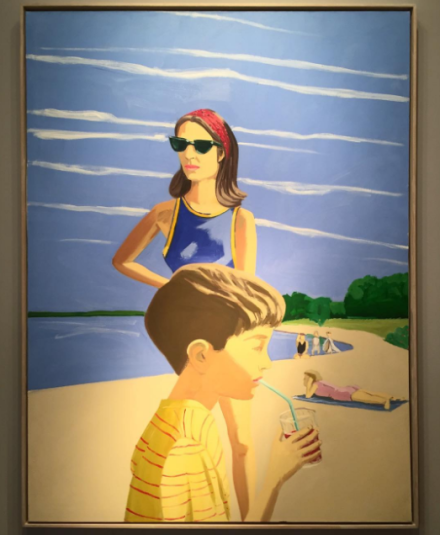 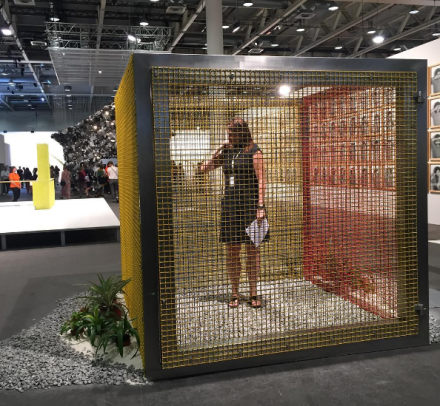 Adrián Vilar Rojas in the Unlimited Section, via Art Observed 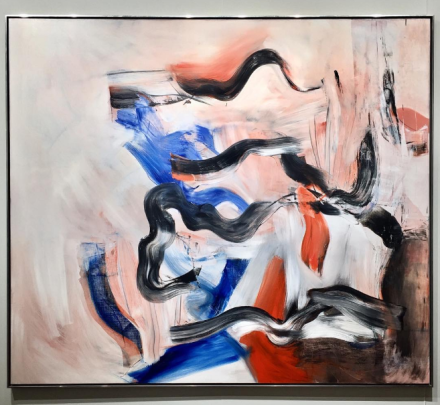 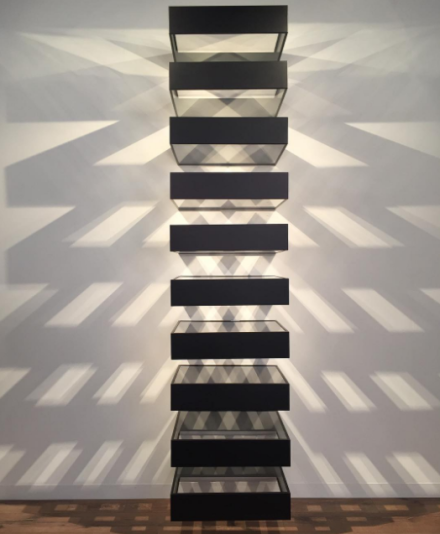 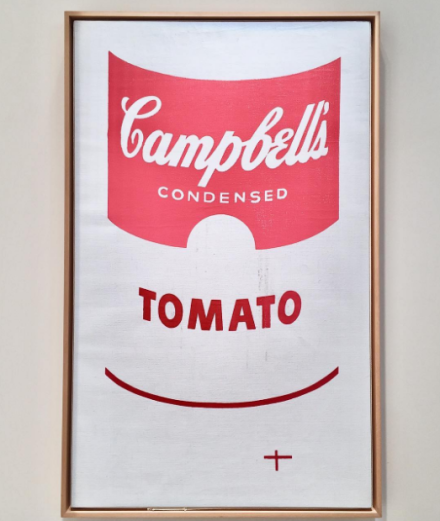 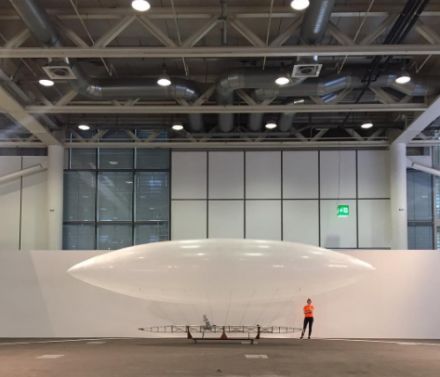 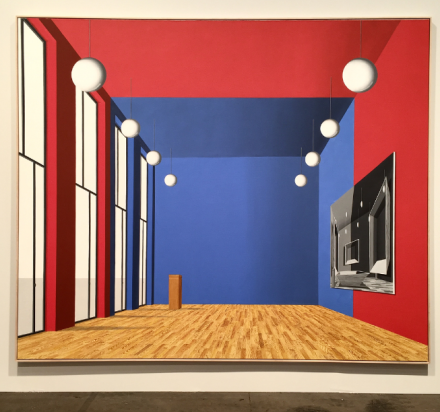 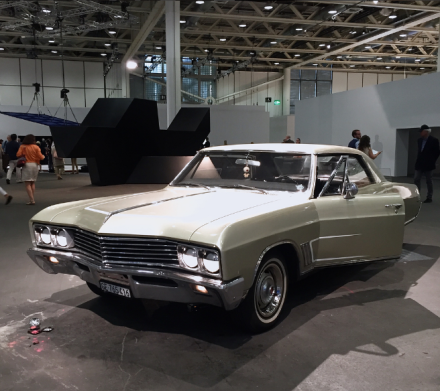 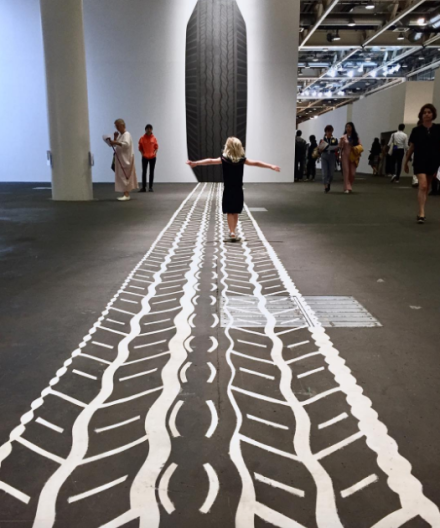 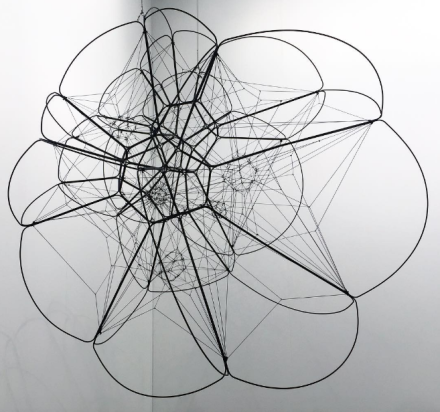 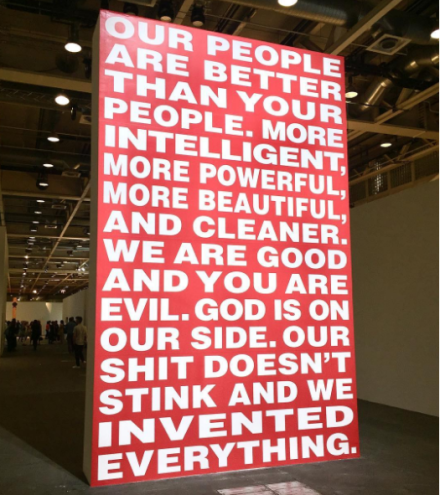 Barbara Kruger, Untitled (Our people are better than your people) (1994/2017), via Art Observed

This entry was posted on Monday, June 19th, 2017 at 3:50 pm and is filed under Art News, Featured Post, Show. You can follow any responses to this entry through the RSS 2.0 feed. You can leave a response, or trackback from your own site.