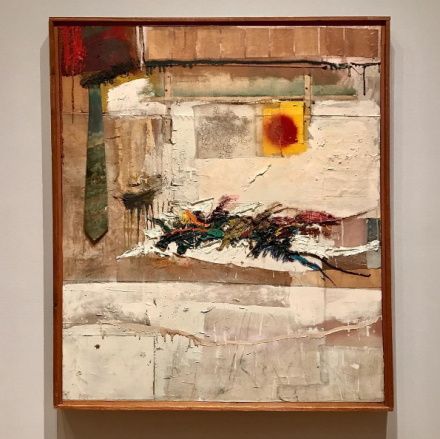 Closing out its run at MoMA this month, Robert Rauschenberg’s impressive retrospective show, Among Friends, is a monument to the spirit of the post-War U.S. and its most exploratory artists, focused through the lens of a single painter. Drawing together some of Rauschenberg’s most iconic and challenging pieces alongside a range of works by his collaborators, friends and lovers, the artist’s pieces trace a life dedicated to the act of creating, and of challenging the work itself to push beyond the thin line between art and life itself. 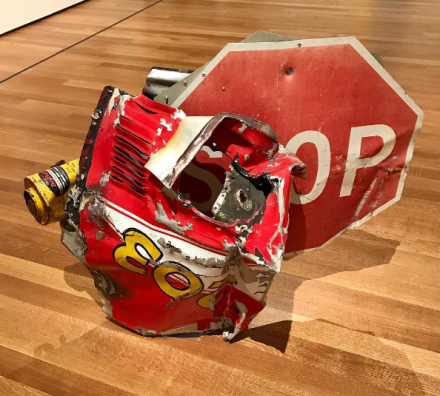 Culling together over 250 works from the expanse of the artist’s practice, from his early years of experimentation at Black Mountain College to his painterly heydays, on through his experiments with sound and computation, dance and sculpture, the show draws a compelling pathway through Rauschenberg’s life and work. Particularly powerful are the rooms filled with the artist’s “combine” pieces, vast, swirling masses of paint and other incorporated materials that twist the European avant-garde spirit into a swirling mass of expressive materiality with an all-consuming appetite for language and gesture. Works like Canyon, Bed, and Monogram (which utilizes a stuffed Angorra goat covered with paint) explode with energy, boundless ideas for the composition (and recomposition) of the painter’s capacities in the post-war era, while following works take this same interest into new directions, exploring his collaborations and communications with Cy Twombly, Jean Tinguely, and of course, Jasper Johns, each time showcasing the artist’s willingness to both challenge his friends and confidantes, and occasionally borrow wholeheartedly from their works. 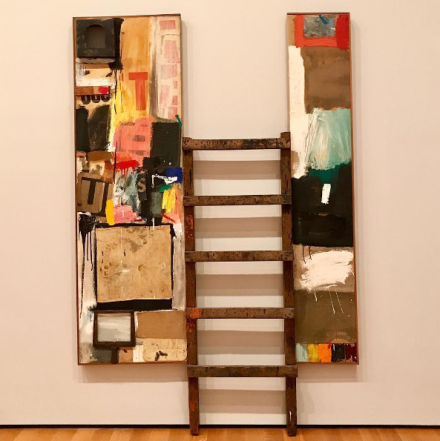 As the show progresses, Rauschenberg’s work takes on an increasingly nuanced interest in the act of layering and materiality, subtly incorporating varied fragments and pieces of fabric and other material into his increasingly ordered, carefully arranged works.  For a Friend and Krazy Kat, for instance, includes several sheets of transparent, slightly luminescent paper on the surface of the piece, lending his images and silkscreens a distinct, yet elusive glowing property. While it takes some time to identity, this inclusion invites a lingering engagement with the spatial balance of the piece, embellishing an already busy corner of the work with a distinctive visual reinforcement. 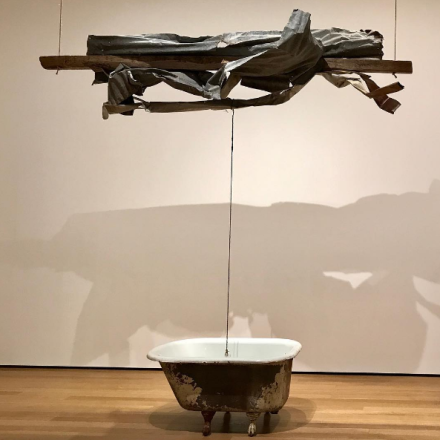 This sense of space and balance perhaps serves as one of the more intriguing takeaways from Rauschenberg’s exhibition, particularly for a show covering such an expansive body of both solo work and collaborative interests. With so much of the artist’s work on view, his varied formal interests and frequent interplay with other artists underscores an artist less interested in objects or images themselves, so much as the deep space of interrelated forms. While his early canvases offer a blueprint for this work, with their collaged texts, paints, and even the odd taxidermy, Rauschenberg’s works move increasingly into three-dimensional space, where sheets, shades and light itself serve as tools to liberate his sensibilities from flat space. Rauschenberg’s work, by the end of the exhibition, takes on a character of a vital energy trying to escape the confines of the art object itself, a point well emphasized by the inclusion of his work with the Rauschenberg Overseas Cultural Interchange, a self-funded non-profit designed to encourage access to the arts in China and other nations. 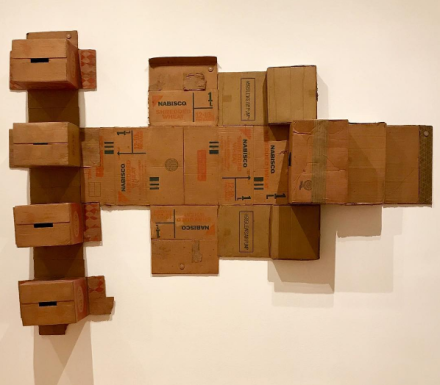 As an artist, Rauschenberg’s interest in the space of the canvas, and its signifiers, could be used as a mode to move art away from the work itself, and into the world around him. One of the true inheritors of the European avant-garde’s irreverent, adventurous spirit, his work manages to push the viewer to always be thinking outside the gallery, even as his vivid energy fills it to the brim. 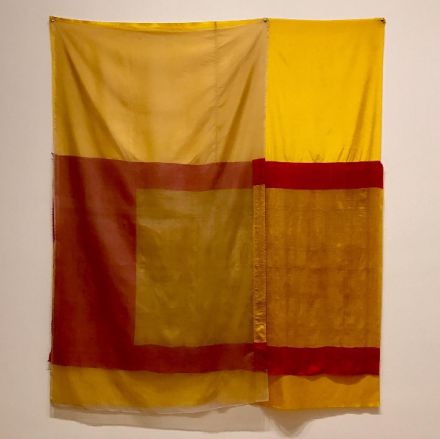 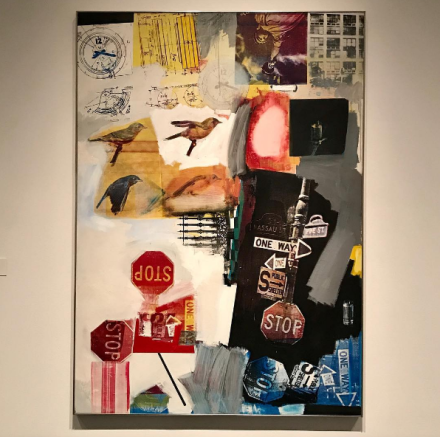 This entry was posted on Tuesday, September 12th, 2017 at 9:24 am and is filed under Art News, Featured Post, Show. You can follow any responses to this entry through the RSS 2.0 feed. You can leave a response, or trackback from your own site.