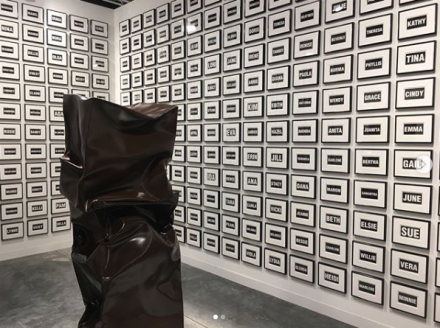 The doors have opened on the latest edition of Art Basel Miami Beach, bringing a stream of collectors and dealers into the Miami Beach Convention Center for another year of the fair’s high-profile sales, and an annual look back at the year for the art world.  Commanding a roster of over 200 galleries from around the world, the marquee event of the fall market season in the U.S., and one of the biggest social events of the art world calendar has gotten underway, with thousands flocking to the sun and sand of the Florida metropolis. 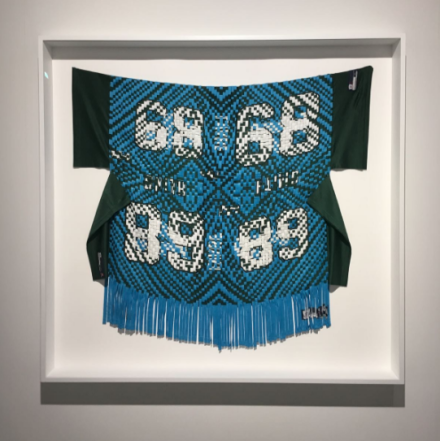 Hot on the heels of an historic auction week in New York City this past month, ABMB’s offerings this year looked to continue several particularly strong months for a market that has been anything but predictable in the past several years.  But considering the collectors still streaming into the Convention Center yesterday morning, it’s hard to argue that enthusiasm has been dulled much by spotty prices. With a Republican tax bill winding its way through Congress, many American collectors seemed ready to make some big purchases, while the fair’s role as the one of the premiere fairs for Latin American artists and collectors offered a fitting counterpoint for the rest of the Americas to follow suit. 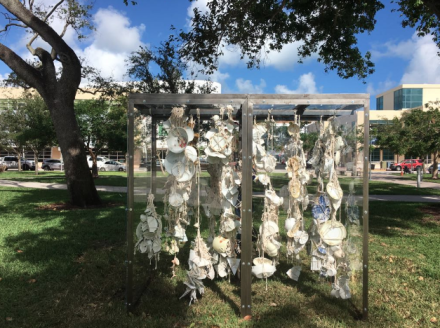 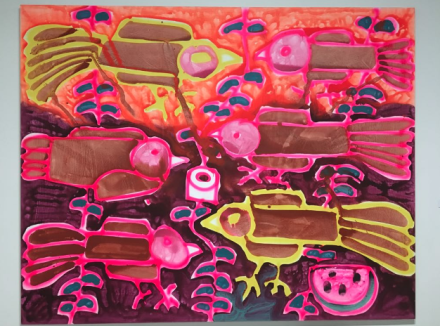 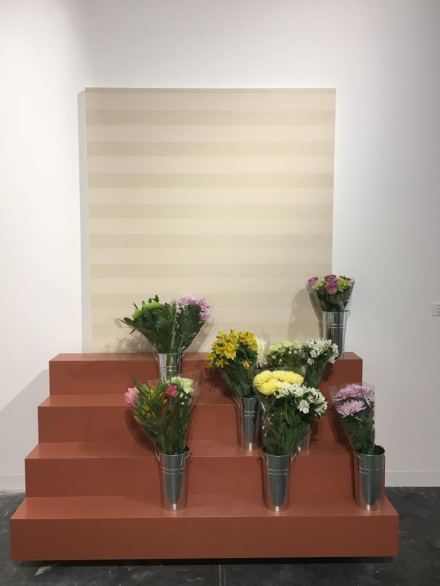 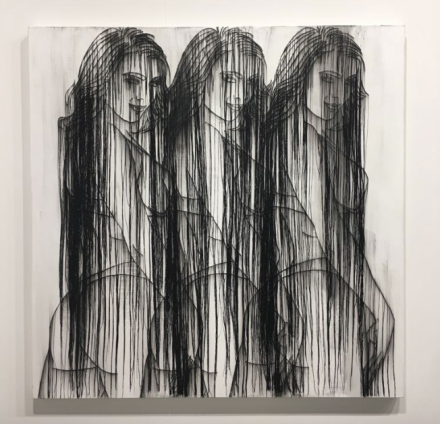 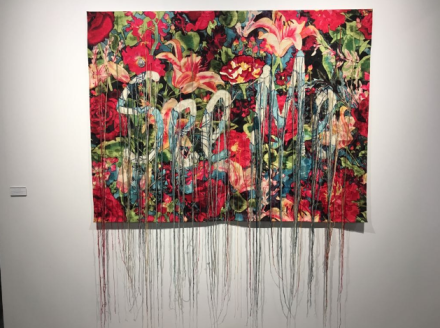 Lehmann Maupin had selected a striking body of works by the elusive Ashley Bickerton for its Cabinet section installation, while kurimanzutto gallery was showing a selection of works by Haegue Yang. Other highlights included a body of massive new paintings by Urs Fischer on view at Sadie Coles HQ, as well as a series of expressive, multi-textured works by Leandro Drew at Sikkema Jenkins. 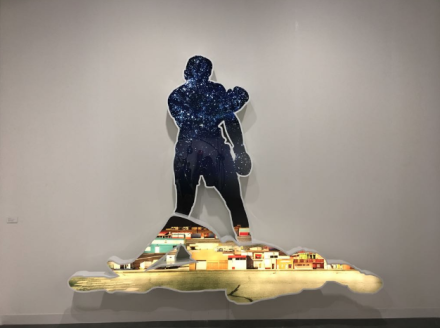 Doug Aitken at 303, via Art Observed 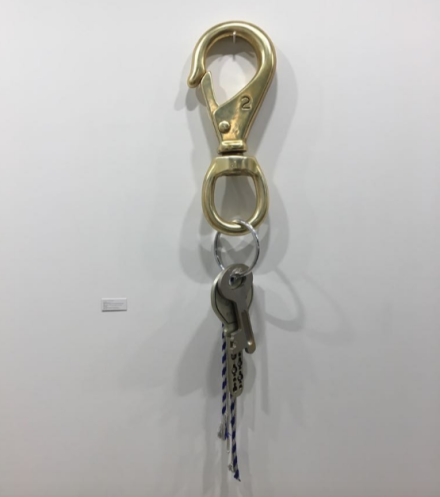 Amanda Ross-Ho at Mitchell-Innes and Nash, via Art Observed

Outside, and just up Collins Avenue, the Public sector had also opened its doors, and was celebrating another year in the Miami sun with a gleaming steel sculpture by Daniel Knorr taking up prime position, while other works from Yto Barrada and Daniel Buren also commanded visitors attention.  In another corner, Cyprien Gaillard was showing work inside the park’s circular enclosure, a new video piece that continued his poignant exploration of modern culture and its densely layered signifiers. 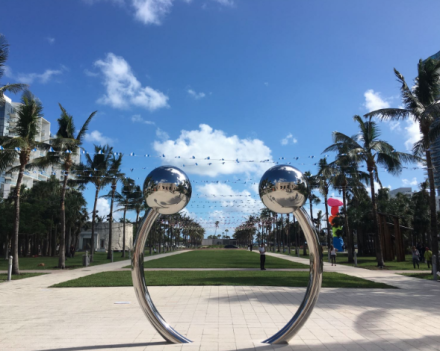 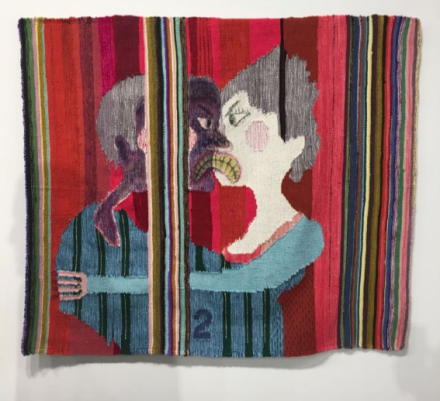 All told, it would seem that the turbulent past few months have set the stage for a fair where many are looking for a momentary escape, a diversion from divisive politics and global conflicts through art or other creative pursuits.  With its sprawling aisles of art, the bright sunshine and rushing surf close by, Art Basel Miami Beach seems to still offer an alluring draw for art lovers of all stripes.

The fair is on view through December 10th. 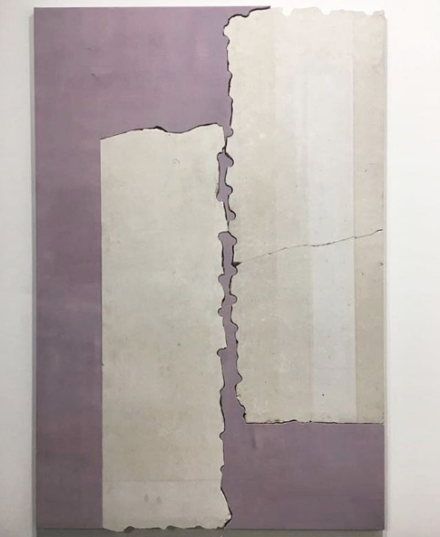 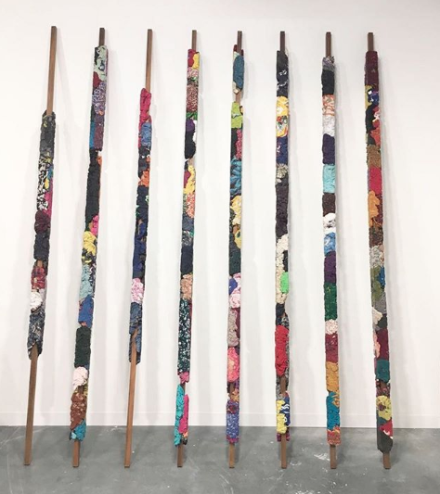 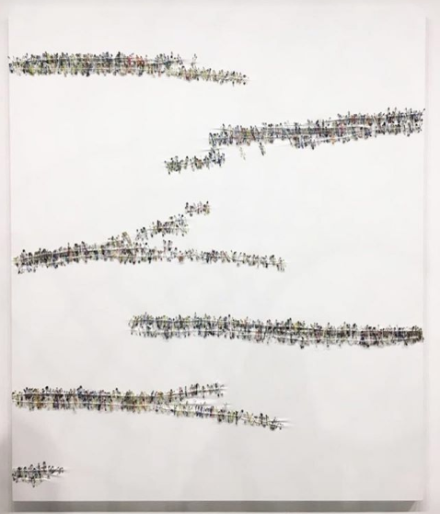 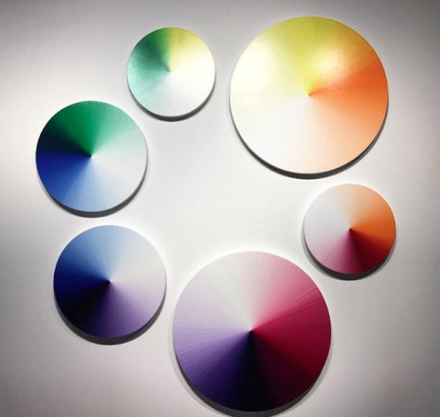 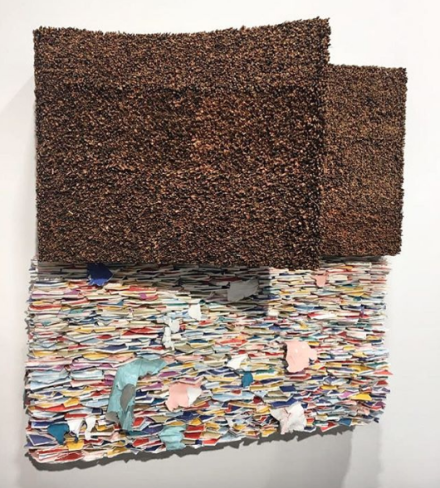 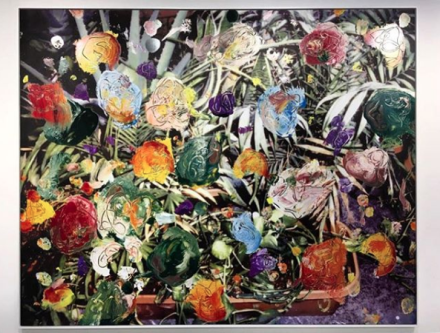 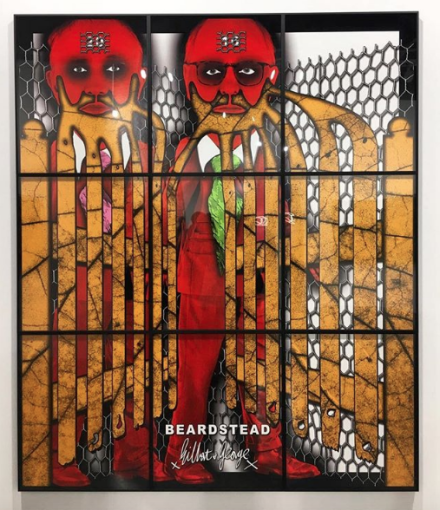 Gilbert and George at Lehmann Maupin, via Art Observed 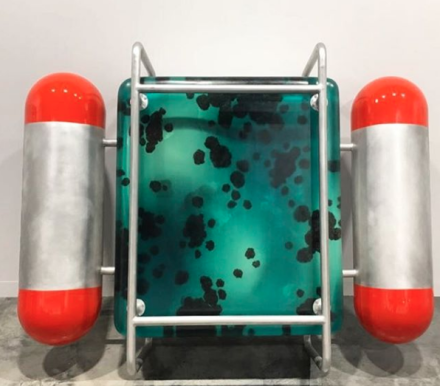 This entry was posted on Friday, December 8th, 2017 at 12:33 am and is filed under AO On Site, Art News, Featured Post, Show. You can follow any responses to this entry through the RSS 2.0 feed. You can leave a response, or trackback from your own site.