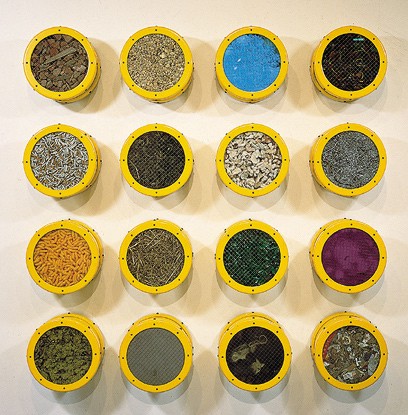 Bali-based artist Ashley Bickerton’s first U.S. survey dedicated to his multimedia work serves as a compact retrospective of his four-decade long career, shaped by various geographical and ideological milestones that show a continued response to the artist’s ongoing quest for meaning and space for contemplation in modern age. The exhibition, on view now at The FLAG Art Foundation proceeds a larger survey, Ornamental Hysteria, which opened in the spring of 2017 at the Damien Hirst-owned Newport Street Gallery in South London, including a total of 51 familiar and new works by the artist. The artist offers a range of work from both his current time in Bali and his long residency in New York, where Bickerton emerged in the 1980’s alongside Jeff Koons and Peter Halley. The show offers selections from various periods of his career, mostly including sculpture and painting, two mediums that have always remained intertwined since his early days. 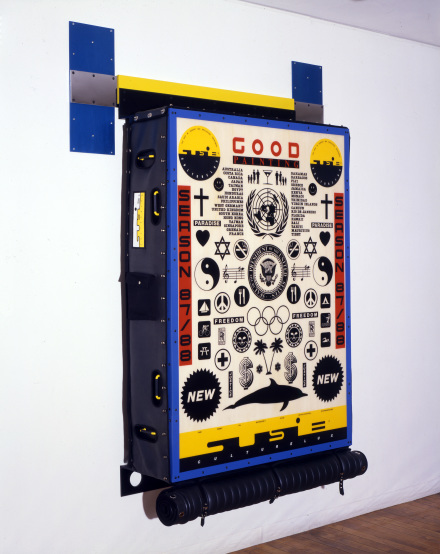 Born in Barbados to a linguist father who worked with Creole languages, Bickerton immersed himself into various languages and cultures thanks to his constantly traveling family. While the East Village scene was on the verge of an artistic boom with paintings and sculptures of bright colors and playful forms that scrutinize commodification and popular culture, Bickerton was amongst the frontrunners of a trend usually defined as Neo-Geo movement. Issues around branding, authorship, and the fetishization of objects dominated the artist’s strikingly-colored, humorous works which took cues from T.V. commercials, consumer products, and urban aesthetics. Susie, a name he adapted to brand his artworks, encapsulated a faux character who represents nothing and everything at the same time. 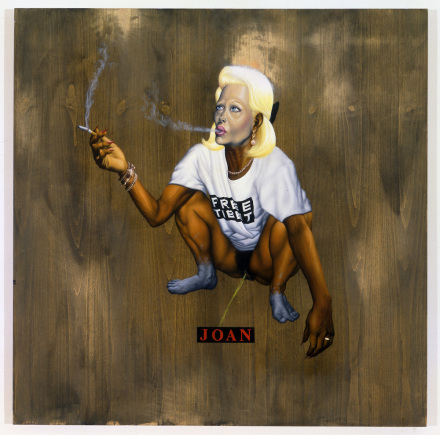 Arguably his strongest body of work coincides with his later years in New York, prior to his move to Bali, where he still resides with his family. Fascinated by end-of-the-world conspiracy theories and the cultural phenomena around millennial doomsday, the artist built intricate survival kits, mostly floatation devices equipped with carabiners, tents, and other utilitarian equipments, in preparation for a so-called end. With their sleek aesthetics and ambiguously utilitarian structures, the large-scale sculptures combine irony with spot-on social commentary, speaking to Bickerton’s understanding of modern culture’s infatuation for self-indulgence as well as awareness and intimidation by an unknown end. 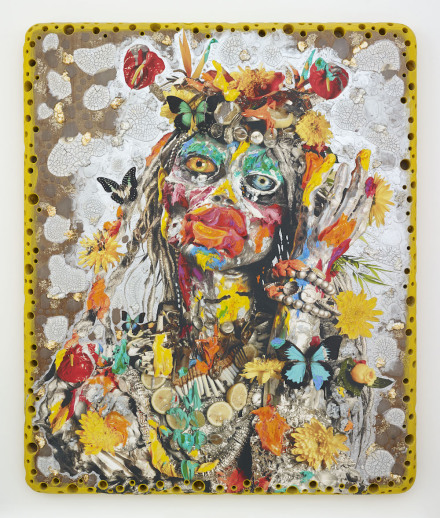 The complexity of these devices structure challenges about their potential usabilities, and allow the artist to deliver comments on ready-mades, abstraction, and his early-on Neo-Geo days in turn. In his most recent body of work, Bickerton pursues a playful and personal approach to painting and sculpture, using elements from his life in Bali in relation to his typical universal themes such as nature, decay, excess, and sexuality. In mixed-media paintings, such as Famili, LH17, and M-DNA, eve1, human figures are adorned with masses of objects and colors that orchestrate an equally dystopian and joyful ambiance.

Ashley Bickerton is on view at The FLAG Art Foundation through December 16, 2017. 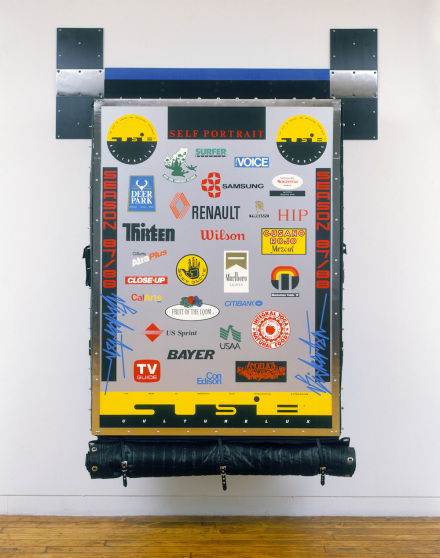 This entry was posted on Wednesday, December 13th, 2017 at 2:33 pm and is filed under Art News, Featured Post, Show. You can follow any responses to this entry through the RSS 2.0 feed. You can leave a response, or trackback from your own site.