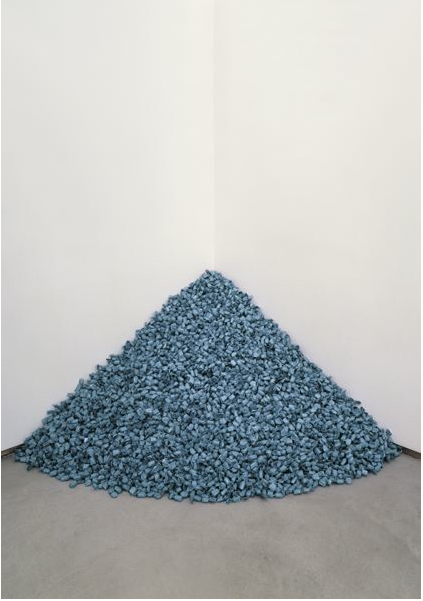 Phillips de Pury conducted its first auctions at 450 Park Avenue on Monday night to a packed house, kicking off a week of Contemporary Art sales in New York. The Carte Blanche auction, curated by Philippe Ségalot, was immediately followed by the Contemporary Art Evening Sale. The Carte Blanche auction carried a presale estimate of $77.5-104.8 million and realized $117 million, while the Contemporary Evening Sale brought in $20 million against a high presale estimate of $34.4 million. 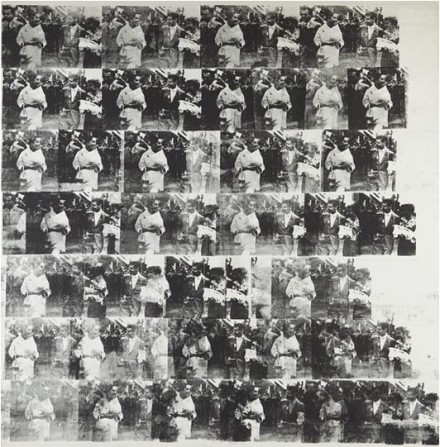 The most anticipated lot of the night was Andy Warhol’s Men in Her Life - a large work from 1962 that was expected to fetch upwards of $40 million. Bidding began at $32 million and ended at an impressive $56.5 million (or $63.4 million with fees), making it the highest earning lot of both sales. That single sale accounted for nearly half of the evening’s total earnings. 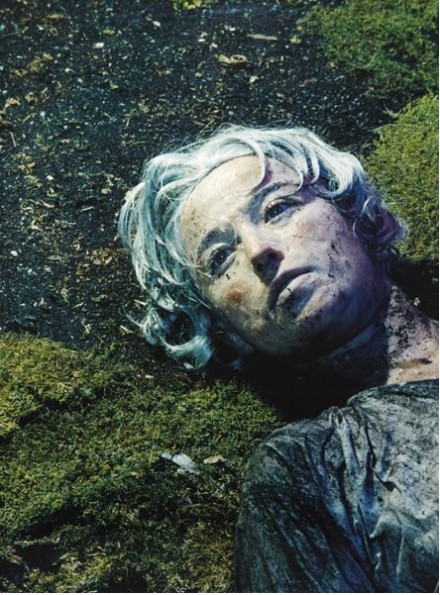 Several artist records were set at the Carte Blanche auction. Felix Gonzales-Torres‘ Untitled (Portrait of Marcel Brient) sold for $4.5 million, within the presale estimate but also breaking the previous record for a work by the artist set at Christie’s in 2000. Similarly, the sale of Cindy Sherman‘s Untitled #153 for $2.7 million against presale estimates of $2-3 million set the record for the artist at auction. Artists records were also set for Daniel Buren, Lee Lozano, Robert Morris, Rudolf Stingel, and Thomas Schutte. 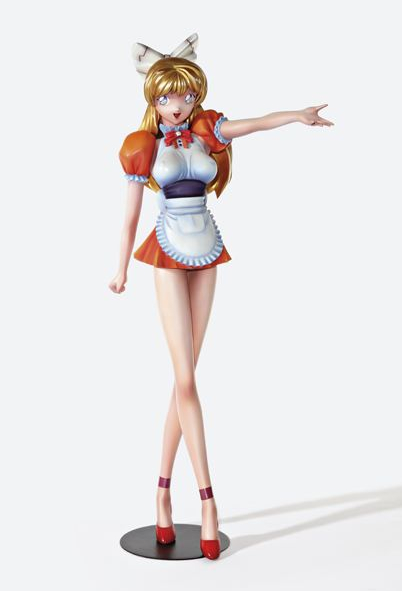 The second highest earning lot of the evening was a sculpture by Takashi Murakami, who was spotted in attendance at the sale. Miss ko² sold for $6.8 million against presale estimates of $4-6 million. 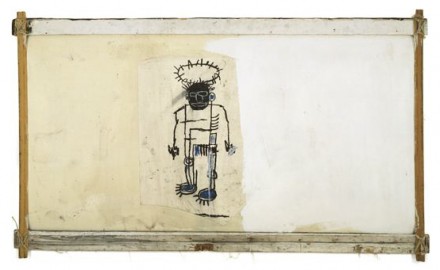 A self portrait by Jean-Michel Basquiat was the third highest earning lot of the evening, selling for $4.6 million against presale estimates of $4-6 million. The Carte Blanche auction had a sell through rate of 90.9% by lot with only three lots failing to sell, though two of those three lots carried low presale estimates of $2.5 million. Jeff Koons‘ Prison (Venus) and Paul McCarthy‘s Mechanical Pig were both expected to fetch between $2.5-3.5 million and were bought in. 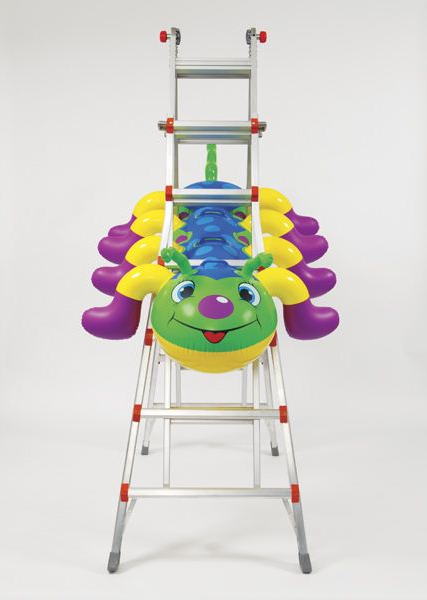 The featured lot at Phillips’ Evening Sale was a work by Jeff Koons that carried a presale estimate of $5.5-7.5 million and failed to sell. While works by Basquiat and Murakami performed very well at the Carte Blanche auction, works by these artists were among those unsold at the Evening Sale. 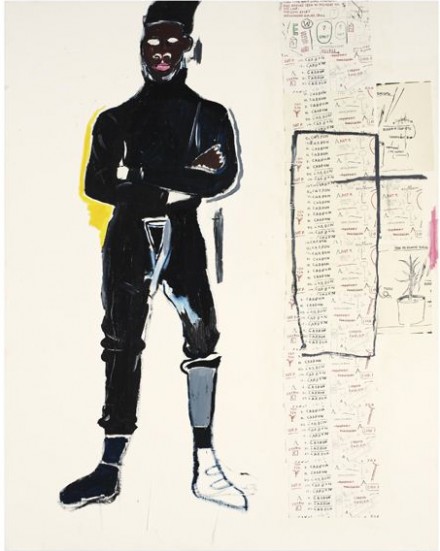 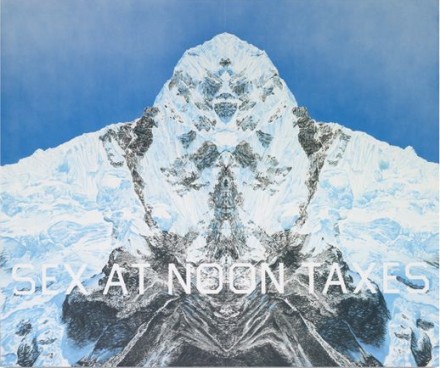 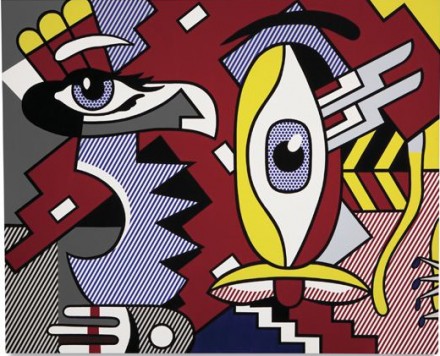 While the sales room cleared considerably after the completion of the Carte Blanche sale, the Evening Sale did have its own set of highlights. Ed Ruscha‘s Sex at Noon Taxes and Roy Lichtenstein‘s Two figures, Indian were among the top ten lots of the night, selling for $4.3 million and $3.9 million, respectively. 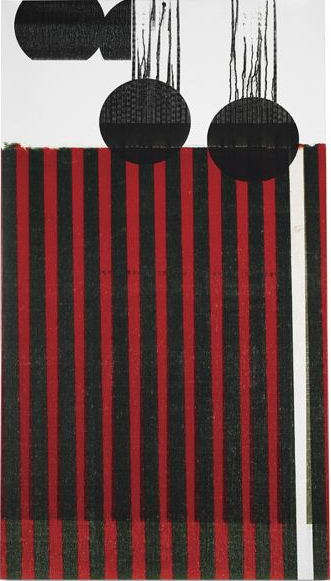 Two artists’ records were set at the Evening Sale. Wade Guyton‘s untitled work soared past its high estimate of $90,000 and sold for $300,000. The following lot, and the second to last lot offered Monday night, was Martin Creed‘s Work No. 202: Half the air in a given space which also set a record for the artist when it sold for $96,000. The Evening Sale had a sell through rate of 69.5% by value and 84.6% by lot.

Overall, the two auctions on Monday night at Phillips de Pury performed well and set an upbeat tone for the upcoming Contemporary auctions at Sotheby’s on Tuesday and Christie’s on Wednesday. Check back for on-site coverage of these auctions.

This entry was posted on Monday, November 8th, 2010 at 11:38 pm and is filed under Art News. You can follow any responses to this entry through the RSS 2.0 feed. You can leave a response, or trackback from your own site.