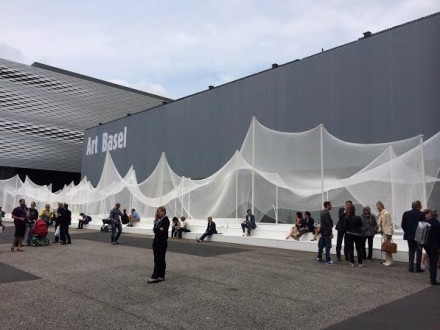 Outside Art Basel, via Art Observed

The works are hung, the location is set, and the doors will soon open on the 2014 edition of Art Basel’s flagship art fair in its namesake city, bringing an estimated $4 billion in art to the Swiss city alongside an enthusiastic flock of collectors, dealers, artists and visitors. 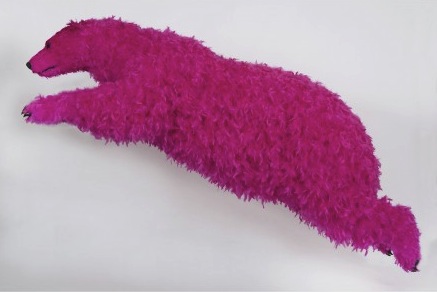 Paola Pivi, Titled to be determined (2014) at Galerie PerrotinA number of considerable blue-chip works will be offered this year in Basel, a sign of the immense strength of the current international market, and the increased stature of the art fair as a global destination for elite collectors.  Skarstedt Gallery is perhaps the biggest gambler on the strength of the market here, bringing a reportedly $35 million Andy Warhol self-portrait, while Edward Tyler Nahem Fine Art is offering a $15 million Willem de Kooning.  Gagosian Gallery will also bring forth a strong selection of works including a large Richard Prince Cowboy painting, as well as a Roy Lichtenstein portrait, while  Luhring Augustine is offering a strong offering of works, including pieces by Michelangelo Pistoletto, Reinard Mucha, and Philip Taafe. 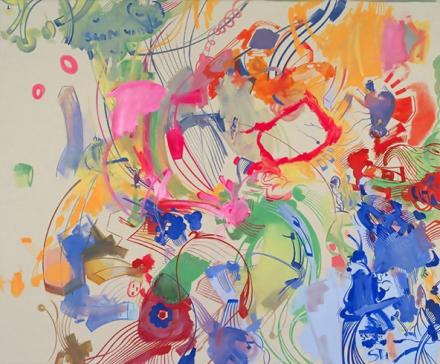 The fair this year also continue its specially curated sections, including Features, its section for special projects and solo booths, with highlights from New York’s tech-focused Bitforms Gallery, showcasing Beryl Korot’s black and white video installations, and Luxembourg & Dayan presenting Gomenico Gnoli’s surreal paintings.  Art Basel also returns its Statements booths, which will bring a group of young artists to the avid buyers of the fair.  Ramiken Crucible, which has remained at the forefront of the fair schedule this year, will be presenting Lucas Blalock’s archival prints, and is joined by PSM, the Berlin-based gallery presenting a series of vibrant, production-focused canvases and video by Christian Falsnaes exploring the creative techniques of creation across a group of users.  The fair also returns its popular Films section, which will include film and video works by  Dominique Gonzalez-Foerster, David Shrigley, and Jane and Louise Wilson. 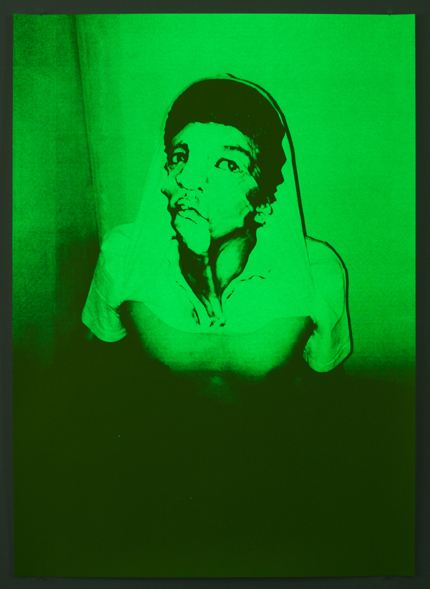 The fair also features a pair of sections dedicated to special projects: Art Unlimited and 14 Rooms.  14 Rooms, capitalizing on the current popularity of performance and installation based work, will bring forth a specially curated set of pieces focused on “alive” art, presented in conjunction with Fondation Beyeler and curators Klaus Biesenbach and Hans Ulrich Obrist, and featuring works by Bruce Nauman, Yoko Ono, Tino Sehgal, Jordan Wolfson and John Baldessari.   Nearby, the Unlimited sector will once again allow artists the space to create monumental, impressive pieces, including works from Rikrit Tiravanija and Alex Prager. 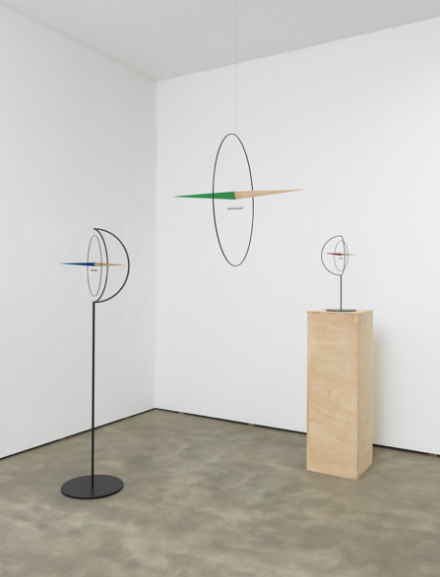 But the inside of Messe Basel is only the beginning of the events surrounding fair week in Basel.  The proceedings also spread across the city, beginning with the 15 works of Art Basel’s Parcours section, site-specific installations throughout Basel that take the landscape of the city and its inhabitants as its inspiration.  Works include Seth Price’s 8–4 9–5 10–6 11–7, an audio piece playing compilations of dance music from the past 30 years in different locations around Basel, as well as a comically falsified advertising campaign by artist Ryan Gander.  Also of note is the annual Liste Art Fair, which brings a group of smaller, but carefully selected galleries to the events of the week, and which will see booths this year from Campoli Presti, Balice Hertling and Peres Projects, among others, an extremely strong offering that may challenge the larger fair in the years to come. 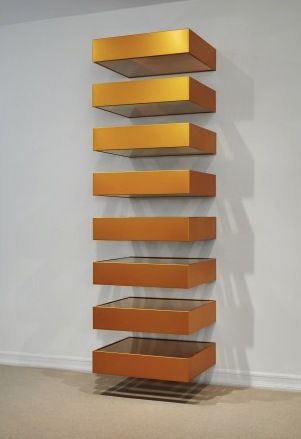 Alongside the events of the larger art fairs, a number of Basel’s premiere arts institutions will open their doors for related events and major exhibitions.  Of particular note is a major retrospective of the work of Gerhard Richter, currently on view at the Fondation Beyeler nearby. While not opening in conjunction with the fair, the exhibition is an impressive draw for visitors, and will invite interested parties with a talk by Peter Doig on June 20th.  More Gallery, located in nearby Giswil, will also open a major show of works by Frank Stella, offering a compelling show for those interested in venturing away from the standard fair events. 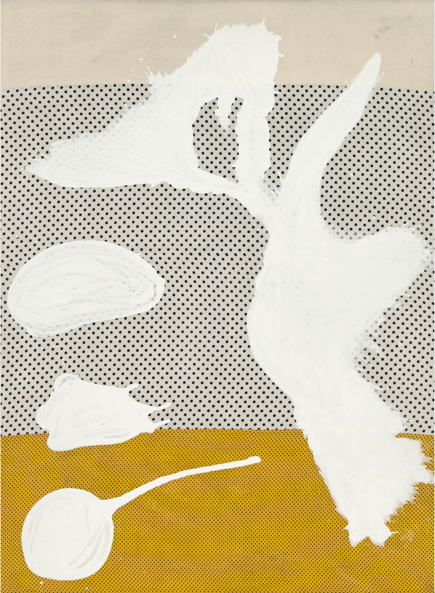 As VIP previews begin today, Art Observed will be on site posting live from our Twitter and Instagram.  Be sure to check in for the most recent updates on the myriad events of Art Basel. 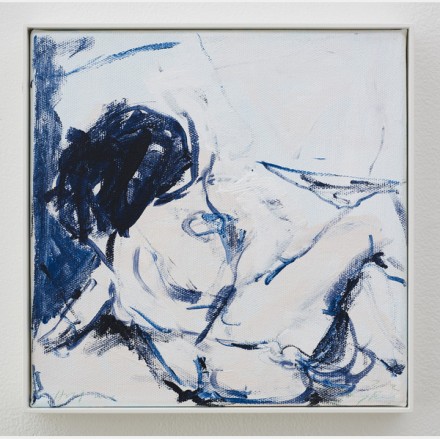 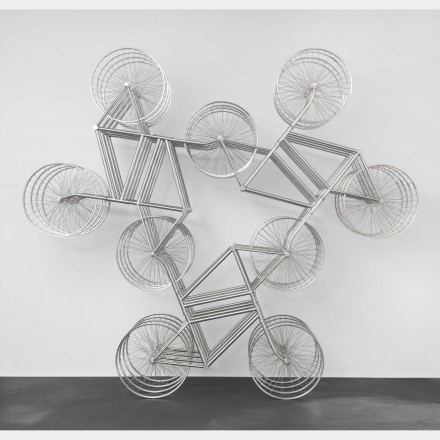 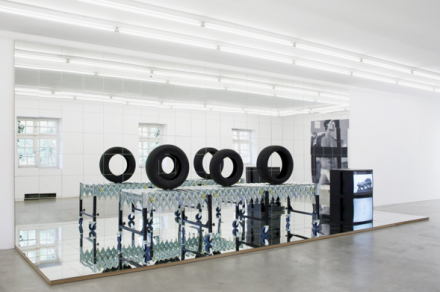 Josephine Meckseper, Auto Assembly Line to Slow it Down (2009) via Andrea Rosen 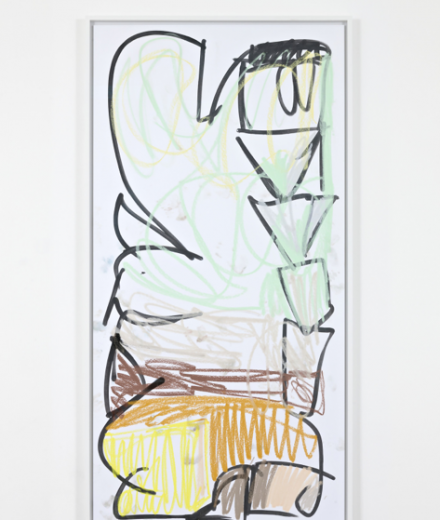 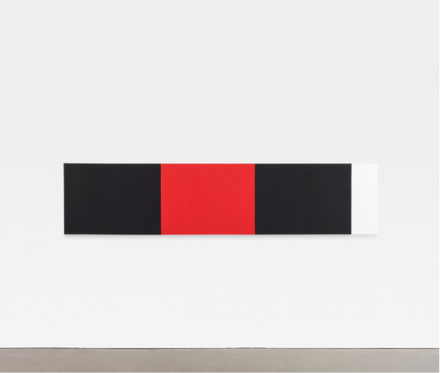 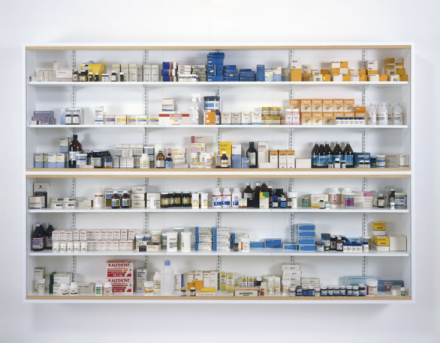 Damien Hirst, Nothing is a Problem for Me (1992) via White Cube 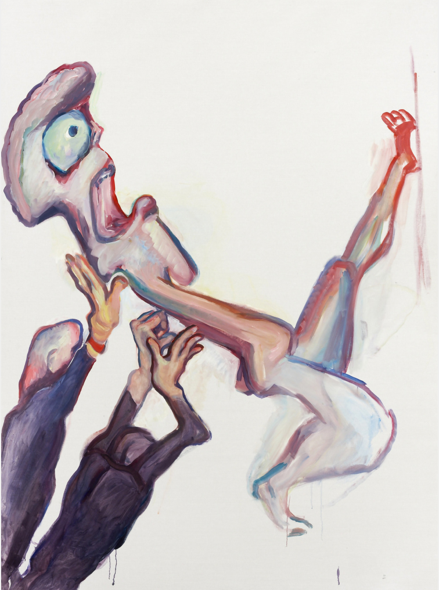 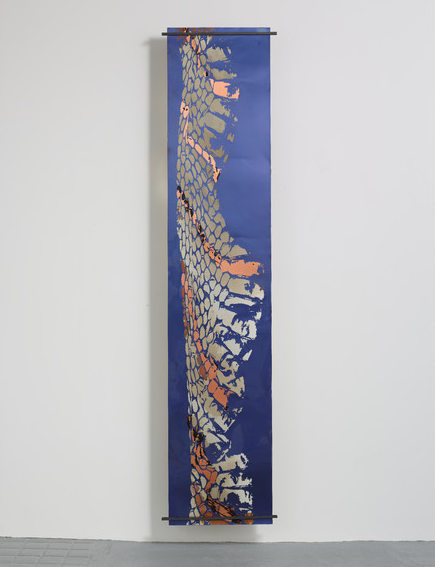 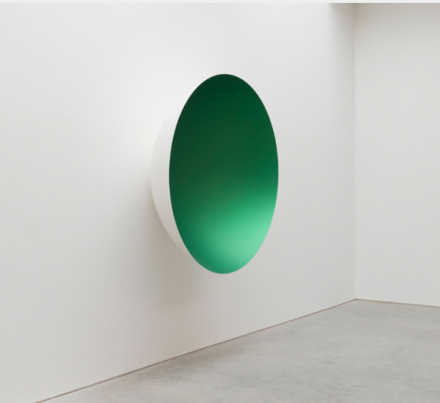 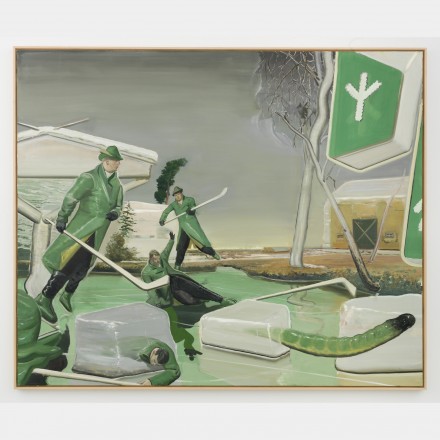 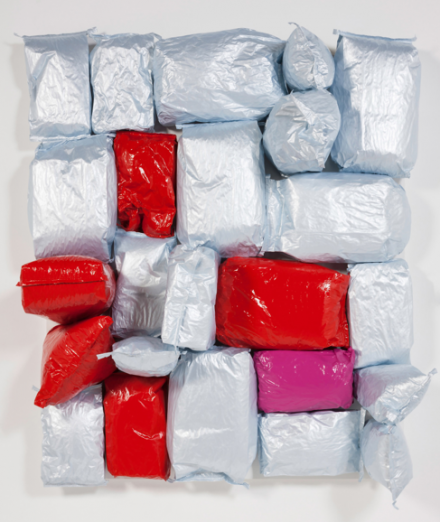 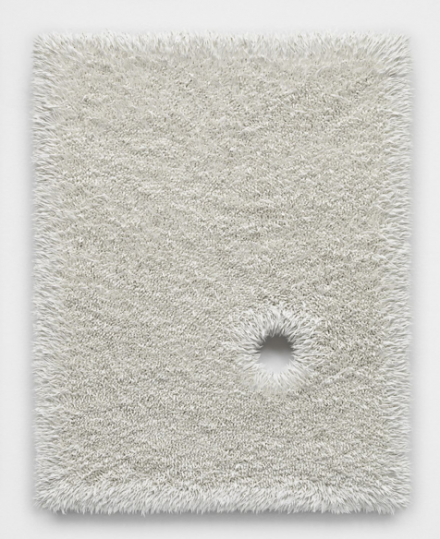 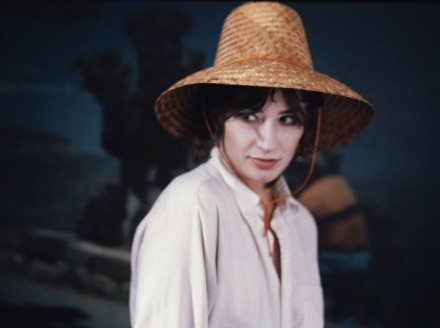 This entry was posted on Tuesday, June 17th, 2014 at 10:12 am and is filed under Art News. You can follow any responses to this entry through the RSS 2.0 feed. You can leave a response, or trackback from your own site.