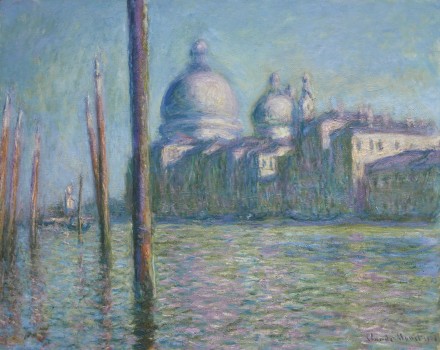 The Impressionist and Modern Auction week has begun in London, as Sotheby’s closes its doors on a strong set of evening sales.  It was the first sale since the auction house announced its increase in rates for 2015, but buyers seemed undeterred by the price increases, bring the final sales tally for the 54 lot sale to an impressive £170,274,000. 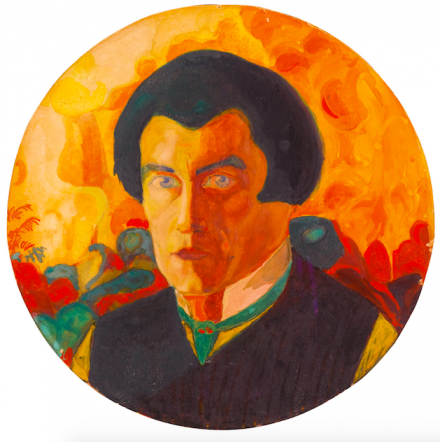 The pace was slow but efficient, with few works falling through the cracks until the very end of the sale.  Instead, auctioneer Henry Wyndham presided over an auction defined by steady, albeit occasionally scattered bidding.  A number of works often seemed to peak out just below estimate, only to push on for several more minutes with sporadic bids that often saw the work selling well beyond its initial price.

The sale kicked off with a vibrant Pablo Picasso sculpture, La Chouette, which leapt well past its initial estimate of £350,000 — £450,000, doubling its estimate and selling for the final price of £1,265,000, purchased by Alex Platon of Marlborough Fine Art.  It was followed shortly after by a Claude Monet still life, which saw sporadic but strong bidding, pushing the final price above estimate for £2,277,000.  The first highly priced lot of the evening, Henri Matisse’s Odalisque Au Fauteuil Noir saw initially slow bidding, before gradually climbing up to sell for the final price of £15,829,000.  It was followed close behind by another Monet, a landscape that topped out just above its high estimate and sold for £8,773,000. 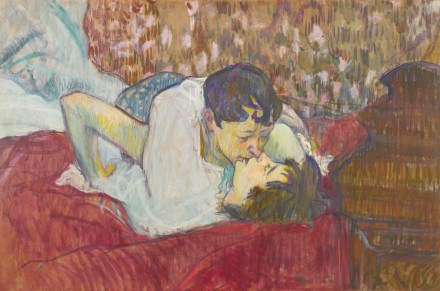 Another round of strong bidding came several lots later.  A Georges Seurat drawing from 1883-1884, which already boasted an early bid, saw steady interest, and sold just above estimate for £7,765,000.  The next lot, Auguste Rodin’s Penseur sold well above estimate, with strong competition pushing the final price to £6,309,000, before reaching the cover lot, Monet’s Le Grand Canal.  Despite high praise for the work, the piece sold after only a few bids pushed it above the £20 million low estimate, bringing in £23,669,000.  Another Monet sold shortly after, bringing in £10,789,000, as did a Toulouse-Lautrec portrait of two lovers, selling for the same figure, and a third, L’Embarcadère, sold several lots later for £10,229,000. 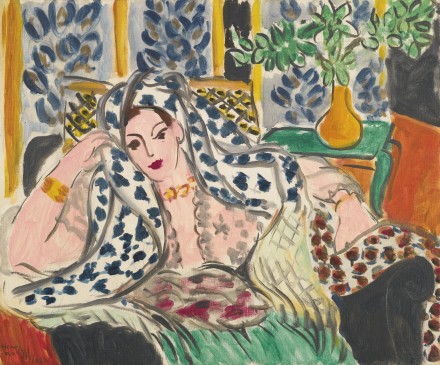 Several rounds of subdued bidding followed, with the exception of a Malevich self-portrait annihilating presale estimates, and almost quadrupling its high estimate with a price of £5,700,000 million, a record for the artist’s work on paper, and a Marc Chagall work bringing in the final price of £3,285,000, before Wyndham arrived at a pair of works by Gino Severini and Picasso, both of which were estimated at £5 million to £7 million.  Both works sold above estimate, with the Picasso finishing at £8,885,000, and the Severini not far behind, at £7,093,000.  Following the sale of an Egon Schiele landscape for £2,045,000, interest seemed to peter out in the sale, and a number of works went unsold before the auction concluded. 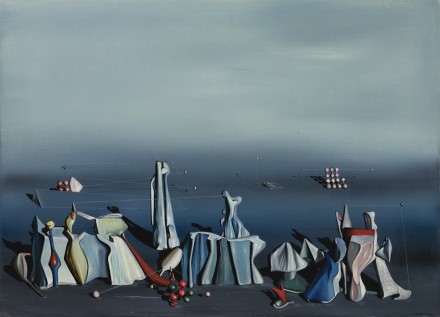 The Impressionist and Modern sale was followed by a short and somewhat subdued offering of surrealist works, which was topped by the sale of Rene Magritte’s L’Explication, which brought in a sale price of £3,733,000, as well as a Yves Tanguy work, which brought the final price of £2,165,000.  Overall, the sale totaled £16,175,250, despite a number of passes and lackluster prices.

Sales continue tomorrow, with Christie’s trying its hand in the Impressionist and Modern Markets.  The auction begins at 7:00PM GMT. 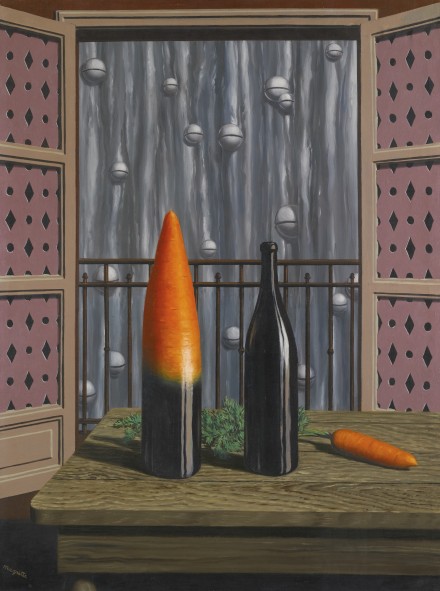 This entry was posted on Tuesday, February 3rd, 2015 at 6:32 pm and is filed under Art News, Auction Results, Featured Post. You can follow any responses to this entry through the RSS 2.0 feed. You can leave a response, or trackback from your own site.