The first night of the bustling spring auction week is underway, as Sotheby’s concluded a somewhat unsteady sale last night of Impressionist and Modernist masterpieces that achieved a final of $368,344,000, well over the auction house estimate of $270,000,000.  The final tally saw 14 of the 64 lots go unsold over the course of the evening, which will be the last major Impressionist and Modern sale of the first half of the year on U.S. soil.

Betting heavily on its impressive selection of works from the collections of both Joseph Stone and the Goldwyn family, the sale had boasted an initial estimate of $270 million, a goal the auction house managed to exceed handily despite the number of passed works late in the sale.  The sale got off to a steady start, as Paul Cézanne’s Cabane Provençale crept up to its $300,000 low estimate before selling for a $394,000 final.  It was followed shortly after by a Rene Magritte “landscape,” which sold for the final price of $1,690,000, over a $1.2 million high estimate.  A stark, blood-red Marc Chagall came next, handily passing its $3.5 million estimate to finish at $5,066,000, and setting the stage for a series of impressive sales in the next lots.

Alberto Giacometti’s Buste de Diego followed directly after, and cruised past its initial $8 million high, finishing well over estimate at $12.7 million, and the sprightly industrial landscapes of Fernand Léger’s La Roue Bleue, État Définitif  came directly after, selling within estimate for $10,554,000.  Two lots later, a Joan Miró Oiseau composition from 1951 also landed in the early highlights, commanding a final price of $9,770,000 over its $9 million high.  Another Giacometti was a surprise follow-up as well, sliding quickly over its $5 million high estimate to finish at $7,082,000.  A pair of Légers continued the artist’s strong run, selling for final prices of $3,370,000 and $5,290,000, respectively.

A lull of lower-priced works followed shortly after before coming to the evening’s marquee attraction, Vincent Van Gogh’s L’Allée des Alyscamps.  The work began bidding at $28 million, and climbed quickly past the $50 million mark, continuing its climb with gentle encouragement by auctioneer Henry Wyndham, finally settling at the final price of $66,330,000 , drawing applause from the crowd for the artist’s highest price in almost 20 years.  Another Van Gogh finished within estimate later in the sale, bringing $6,410,000.  Pablo Picasso’s Femme Au Chignon Dans Un Fauteuil was a similarly gradual sale, rocketing up over its $18 million high estimate before settling in the mid 20’s, and finally finishing at $29,930,000, more than double its anticipated final price.  An Henri Matisse followed up strong, selling within estimate for $6 million.  Another Picasso came several lots later, and sold for the final price of $8,500,000, within estimate.

Claude Monet’s works were another highlight of the evening.  After an early work passed, the artist charged back with a glowing Seine landscape, which saw strong interest and finished well above estimate for the final price of $11.4 million.  Only a few lots later the artist’s iconic Water Lillies came up for auction, boasting an impressive presale estimate of $30 to $45 million.  The work began bidding at $26 million and shot up quickly past the low estimate, stalling just below $40 million.  Cautious bidding continued however, and the work gradually climbed up to its final sale price of $54,010,000, well above its high estimate.

Other highlights of the evening included one of Giacometti’s Femme de Venise pieces, which saw slow bidding but managed to beat its high estimate of $12 million for the final price of $16,154,000.  Also of note was Monet’s Le Palais Ducal, which came relatively late in the auction but still managed to garner an impressive final price of $23,098,000, well above its $20 million high estimate.  A jaggedly-executed Picasso also came late in the sale, bringing $10,330,000 over a $9 million high, before another Monet, Bassin Aux Nymphéas, Les Rosiers capped off the highest valued lots of the evening at $20,410,000, selling to an unnamed Asian collector, before a number of passes and lower priced works closed off the evening, with the exception of a re-opened Claude Monet work from earlier in the sale, which finally found a buyer at $6,410,000, a rare event that bodes ominously for the strength of the Impressionist market. 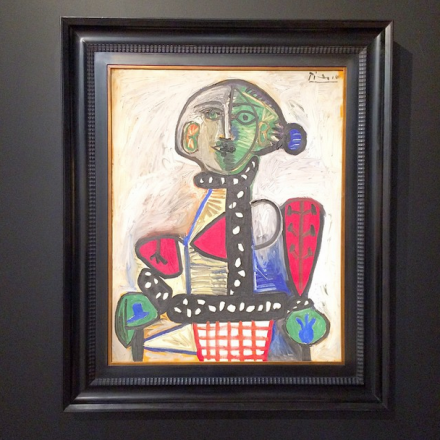 Sales in New York will now go on hold until the conclusion of the Biennale preview week, with a sale of both contemporary and modernist works at Christie’s next Monday.  As always, Art Observed will be covering the action live. 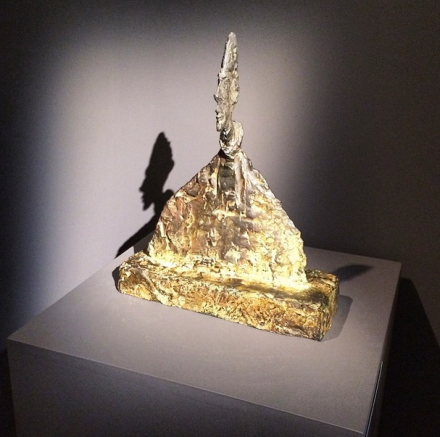 This entry was posted on Wednesday, May 6th, 2015 at 3:24 am and is filed under Art News, Auction Results, Featured Post, Show. You can follow any responses to this entry through the RSS 2.0 feed. You can leave a response, or trackback from your own site.