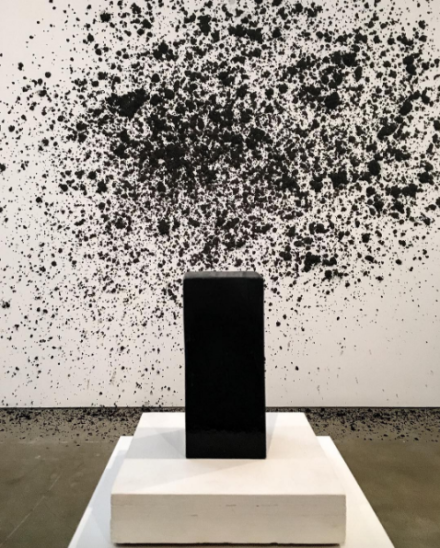 Blackness in Abstraction is Pace Gallery’s museum level survey of a candid, simple concept—the use of the color black in art since the 1940’s—stemming from the visual impact of its subject color and spreading toward its various pertinent connotations.  Curated by Adrienne Edwards, the selection, featuring twenty-nine intergenerational artists, puts a particular emphasis on monochromes, yet a broad array of media, including video, sculpture and photography, is available in an exhibition that joins in on the highly populated list of conceptually potent summer group shows. 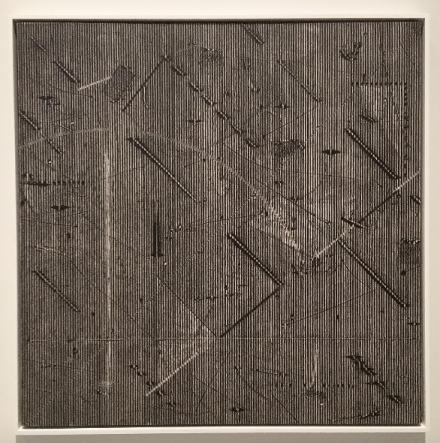 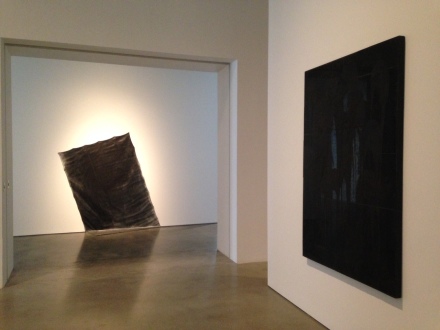 Blackness in Abstraction (Installation View), via Osman Can Yerebakan for Art Observed.

Black, freed from the often easily-attributed notions and impressions other tones often implicate, promises boundless possibilities to juxtapose and territories to explore.  Solemn, resilient and fluid as much as it is steadfast, black delivers profoundness in its stillness.  The works here immerse their audience with open narratives and an in-between state as a result, as Edwards underlines in her accompanying text, liberating both the artists and their audience from imposed narratives or associations.  Whether contrasting with the color white, or prevailing throughout the entire body of an artwork, black promises exquisite capabilities and utility, for art and for aesthetics as well. 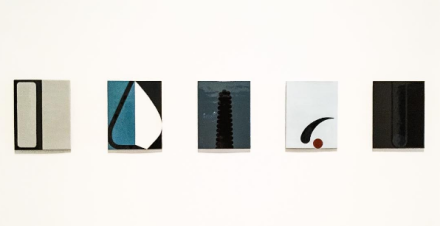 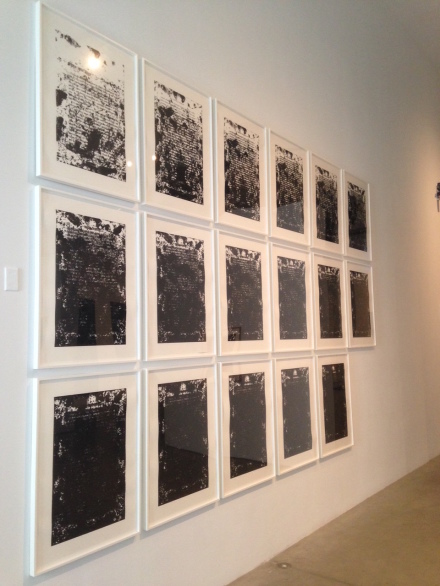 Works spanning Pace Gallery’s mammoth space are furnished with various discourses and commentaries under their flatly-hued façades and arresting presence.  Aiding artists in experimentation with form, abstraction or color spectrum, or recounting subtle narratives on race, identity and memory, the inky color translates a distinct optic vigor into potentials for distinct voices. Ellen Gallagher’s Negroes Battling in a Cave, for instance, is a four-piece wall work spanning various statements on art history.  The series is an homage to a Malevich piece—but also a study on re-interpretation of the canon through a racial lens.  Glenn Ligon’s screen prints of smudged papers from his own copy of James Baldwin’s seminal essay Stranger in the Village, Rashid Johnson’s The Collapse, a grasping collage of his signature materials (black soap, wax and black mirrored tile), or Fred Wilson’s M series cement the exhibition’s subtle yet poignantly imbued commentary on African American identity and ‘blackness’ as a social stand. 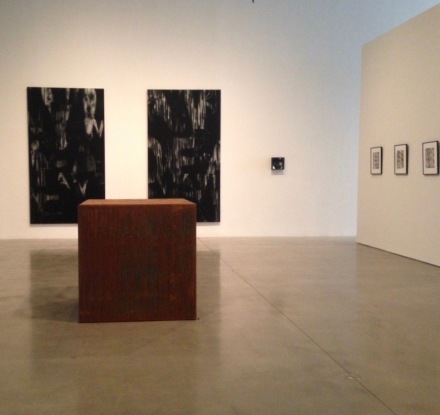 Blackness in Abstraction (Installation View), via Osman Can Yerebakan for Art Observed.

Each elegantly woven thread, alongside the ambitious checklist’s installation approach, encourages plentiful shades of the color within a minimized framework. Rauschenberg’s Untitled (black painting on paper with collage), Ad Reinhardt’s Abstract Painting and Fred Sandback’s Untitled (Sculptural Study, Volumes in Dialogue/Opposition) each engage with spatial or formal offerings of the color, while building a cross-generational dialogue.  Invading the gallery’s pristine whiteness are works such as for the souls of rotten mighty by Oscar Murillo, Blind (donut version) by Pope L., Sem título (Ágrafo) and, most gloriously, Throw by Wangechi Mutu, whose site specific action painting blankets an entire wall. 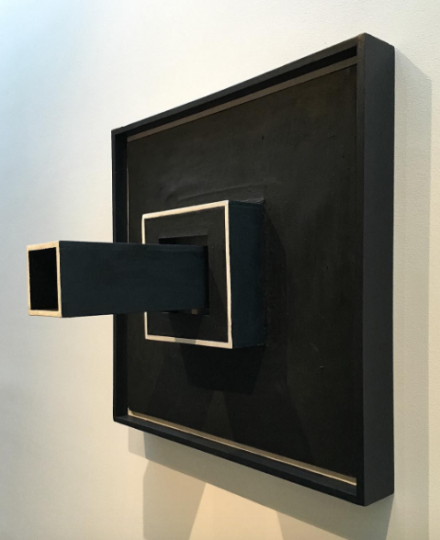 Blackness in Abstraction is on view at Pace Gallery through August 19th, 2016.

This entry was posted on Monday, August 8th, 2016 at 12:00 pm and is filed under Art News, Featured Post, Show. You can follow any responses to this entry through the RSS 2.0 feed. You can leave a response, or trackback from your own site.