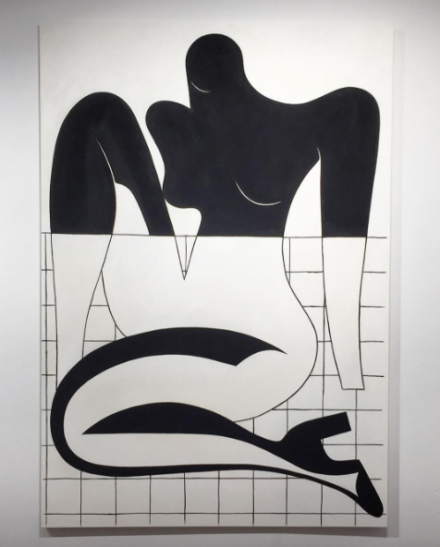 Walking through the doors of the Deauville Hotel and Resort, a sense of familiarity is in the air, with NADA Miami Beach returning to its old stomping grounds in North Beach.  Maintaining the same familial atmosphere and adventurous spirit that keeps the fair among the more popular of the week, this year’s edition (its 14th total) is particularly strong, with a renewed focus on painting alongside a series of more striking projects and pieces. 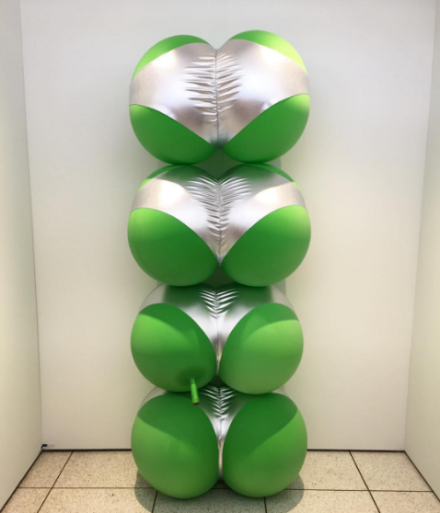 The female body figured heavily this year, with a sizable number of paintings, drawings and photos devoted to depictions of the female form, from Mira Dancy’s swirling neon portraits to East Hampton gallery Halsey McKay’s full booth of works by Denise Kupferschmidt, to ltd.’s selection of works by Anja Salonen.  Throughout, artists devoted impressive stylistic variants on their shared subject, offering something of a subtle thematic underpinning for the exhibition.  Even artist Nancy Davidson’s weather balloon assemblages, creating abstracted references to the female body through their confining and shaping fabric structures, took the same turn towards a more animated destination. 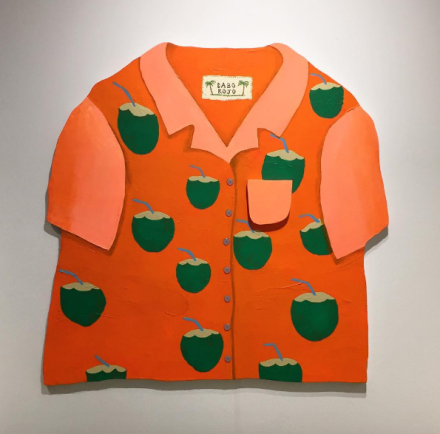 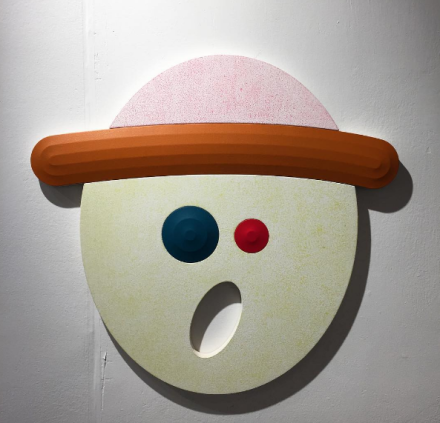 Elsewhere, artists were embracing equally inventive approaches to their chosen media and more abstract or conceptual subject matter.  A series of sculptures by Hannah Levy, on view at Fourteen30 Contemporary, took natural forms and tones into an exchange with a stark, abstracted series of metal structures, while at Guatemala City’s Proyectos Ultravioleta, artist-gallerist Stefan Benchoam was showing a group exhibition of his own work alongside that of Juni Figueroa, Chemi Rosado Seijo, and others, twisting tropical iconography through a series of works addressing social and cultural touchstones of Central America, including a striking slot machine sculpture, rendered from discarded beer crates, by Jesus “Bubu” Negron playing on the current economic crisis in Puerto Rico and the country’s relation to the resort and leisure industries. 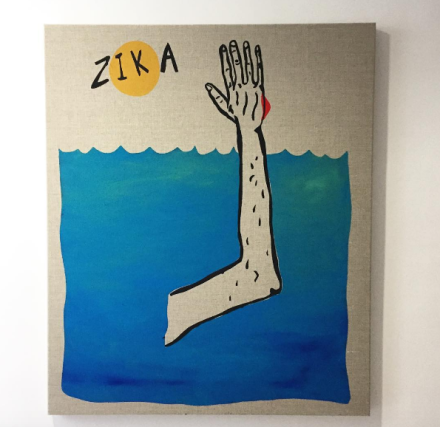 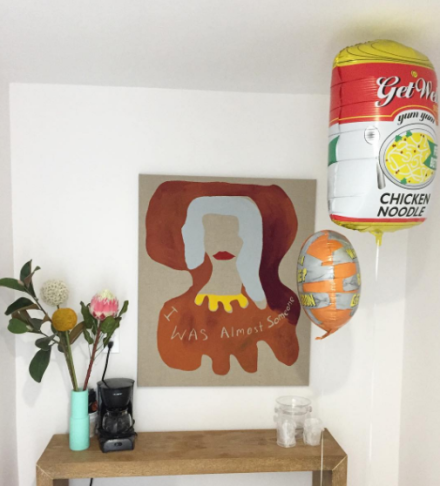 In another room, Detroit’s What Pipeline was sharing a booth with New York space Queer Thoughts, basing their exhibition around a group of artists including Puppies Puppies (who has shown with both spaces), and who had coated the floor of the space in American flags, a fittingly stark political commentary that left many hesitating to step into the booth.  “You almost have to dip your toes in first,” one visitor could be heard saying. 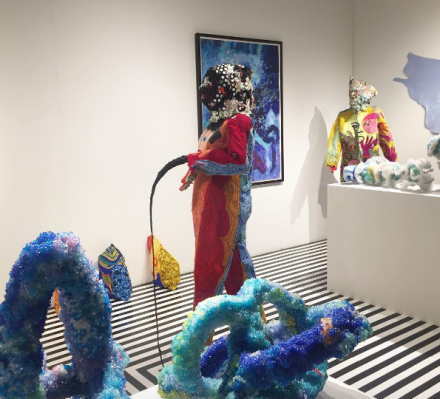 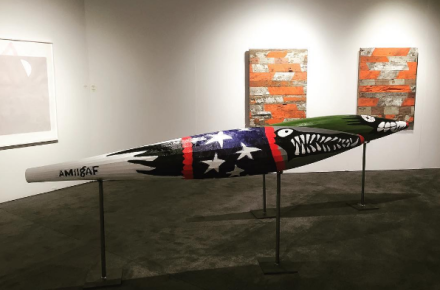 Upstairs in a twelfth floor suite, Joel Mesler’s ongoing “Estate of Joel Mesler” project and CAPITAL were showing a series of colorful, loosely rendered pieces referencing classical psychology and Miami’s problems with the Zika virus, spread across a prim apartment space that gave the pieces a comic sense of set decoration.  Amplified by the potted plants, aquamarine walls and beach views, the show offered a subtle sense of self-referential satire on the resort itself. 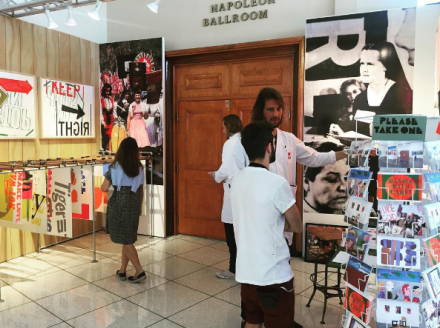 Corita Kent at The Conversation, via Art Observed 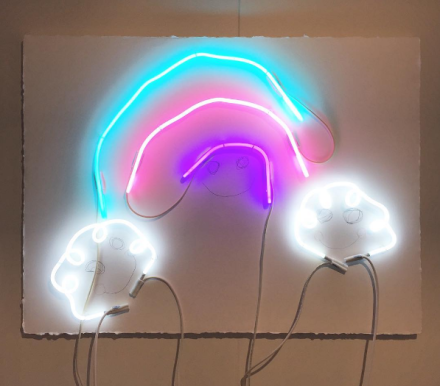 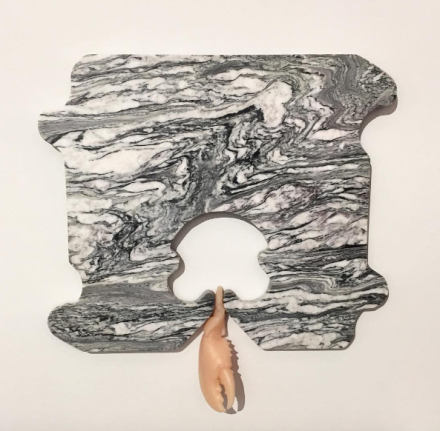 Out by the resort pool, an immense halfpipe sculpture was serving as a site for a section, Smoke Break, which includes readings, talks, performances and other projects accompanying the fair’s main program, including a discussion of how art architecture function in the economic and environmental landscape of Miami by gallery Emma Geller Green with a group of artists, curators and organizers, as well as a performance by Odwalla88. 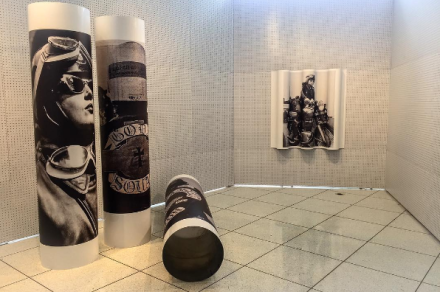 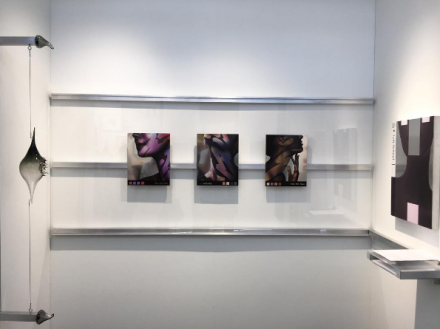 That evening NADA also opened its series of performances and parties that night across the street at its longtime haunt the Sandbar Lounge, where musician Sam Hillmer had curated a program running through Saturday night.

NADA is open through December 4th. 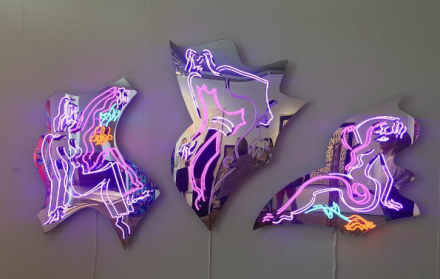 This entry was posted on Friday, December 2nd, 2016 at 11:53 am and is filed under Art News, Featured Post, Show. You can follow any responses to this entry through the RSS 2.0 feed. You can leave a response, or trackback from your own site.