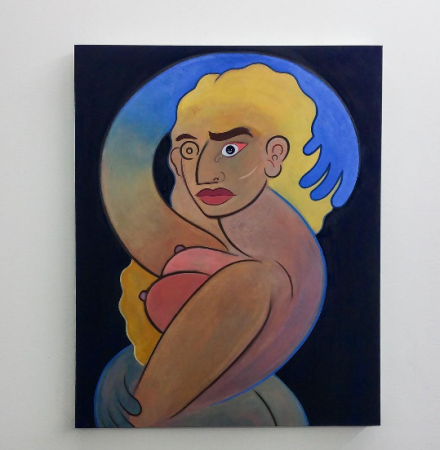 Koak at AlterSpace, via Art Observed

Taking over the spacious halls of the Expo Reforma once again (the first time in the same location as a previous edition), the Material Art Fair opened its doors this Thursday to strong attendance and interest from collectors and attendees.  Embracing an expanded floor plan for the fair without increasing its gallery count, this year’s edition of Material was distinctly walkable, as larger booths meant more space for ambitious pieces and multi-artist selections, a choice that only strengthened the show’s appeal. 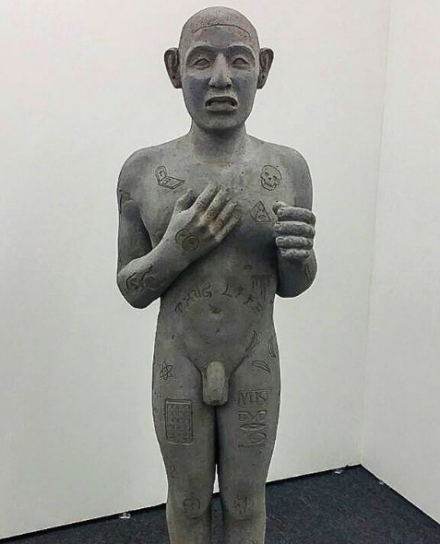 Sangree at Yautepec, via Art Observed 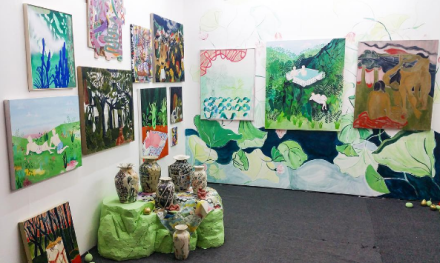 The fair’s notably more adventurous curatorial focus around smaller galleries and inventive projects presented an often engaging circuit around its grounds, presenting the viewer with a number of vividly arranged booths and peculiar projects.  At Toronto’s Cooper Cole Gallery, for instance, the gallery was showing a series of large pieces resembling pin-on buttons, each emblazoned with its own comically aggressive text (“Save an alligator, shoot a preppie,” reads one), while Montreal’s Projet Pangee was showing a packed booth of colorful and diverse works from Trevor Baird, Claire Milbrath, and others.  Other fairs were exploring a peculiar engagement with ancient cultures and artifacts, transposing classic statues and forms into strange engagements with the present.  Yautepec Gallery, for instance, was presenting a series of sculptures by the collective SANGREE, covering classical approaches to the sculptural form with strange contemporary logos and textual references, while artist Luis Flores had executed a textile homage to the Venus of Willendorf, playing on its materiality in a coy spin on the implications of craft and gender on the art object. 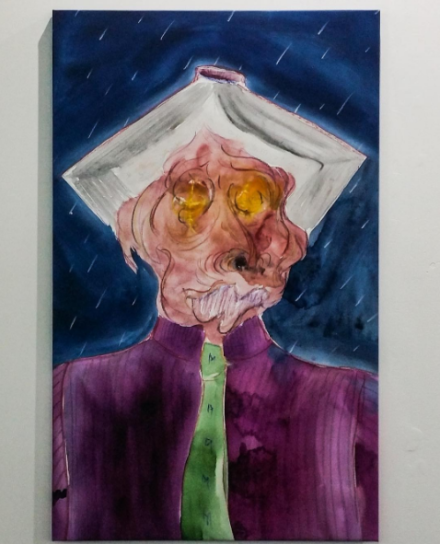 Also of note was the fair’s inaugural performance program IMMATERIAL, which welcomed a broad group of artists from around the globe to create special, site-specific projects taking place during the fair.  In the early hours of the fair, Cally Spooner’s Warm Up  placed a female body aross the paths of the fair, obstructing the viewer’s progression in a manner that forces negotiation with the female body within the notably prominent structures of the fair itself.  Elsewhere, artist Geoffrey Farmer’s Procesión de Plantas saw a parade of potted plants passing through the space, bringing a strange sense of the exterior world into the fair itself. 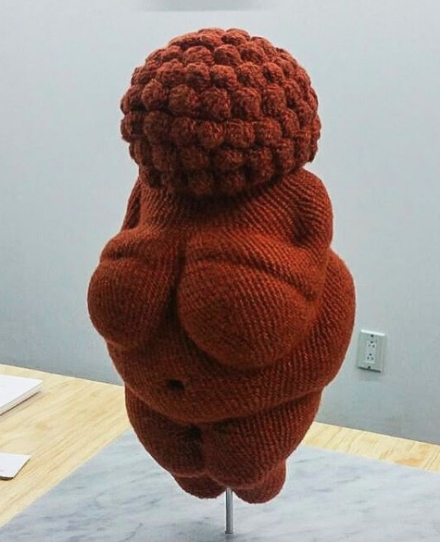 Considering the expansive offerings at the larger Zona Maco nearby, the programming at Material offered a fitting counterpoint, one that seemed to prioritize a more personal relation to its surroundings, not only in terms of the more familial atmosphere of the show, but equally with its awareness and engagement with the world around the fair itself.  Prioritizing a more engaged, focused approach to the exhibition, Material offers a strong alternative vision for the art world in Mexico City, and perhaps for the international scene more broadly.

The fair is open through Sunday, February 12th. 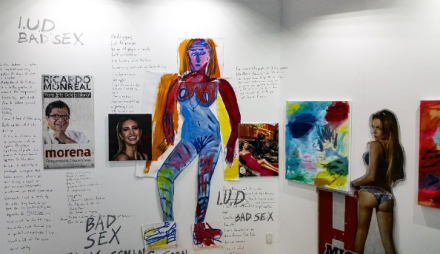 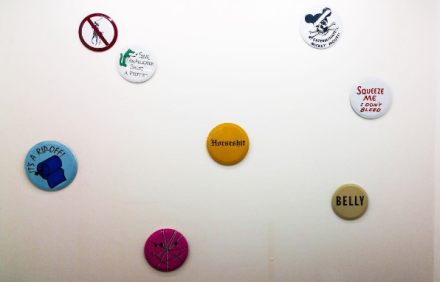 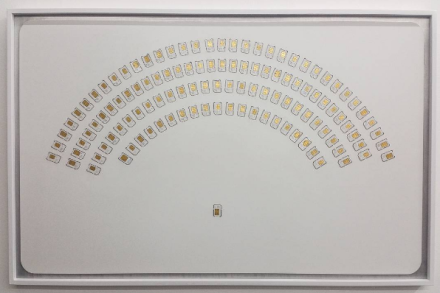 This entry was posted on Monday, February 13th, 2017 at 9:44 am and is filed under AO On Site, Art News, Featured Post, Show. You can follow any responses to this entry through the RSS 2.0 feed. You can leave a response, or trackback from your own site.