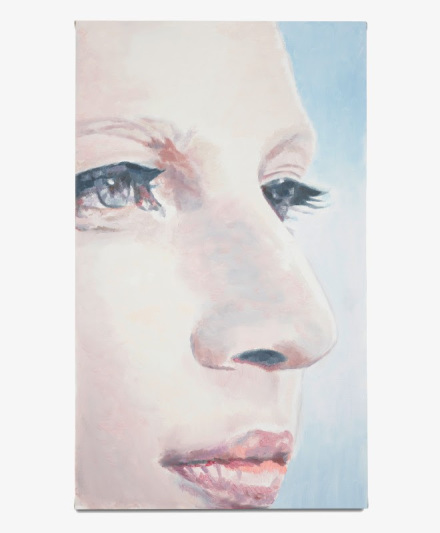 Continuing the globe-hopping market events of March this year, collectors, galleries and artists will touch down in Hong Kong for the fifth edition of Art Basel’s fair event in the city, bringing 242 galleries from 34 countries around the globe to the annual sales event.  Marking a strong focus on Asian galleries and artists this year (at least half of the exhibiting galleries are based on the continent), the fair may trace a shift away from globalized networks and towards strengthening national and regional markets. 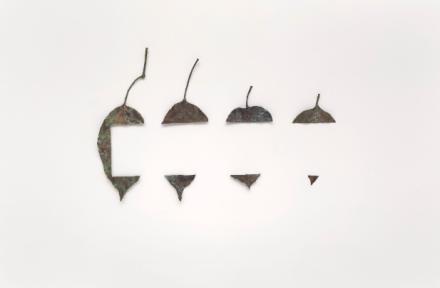 With major sales events in both Europe and North America already slotted in the early weeks of March, attention turns to Asia this week for Art Basel’s flagship event in the region, one which should offer an expanded perspective on the unexpectedly strong results from the auctions in London last week, and the Armory show sales the week before.  With some indications pointing to strong interest from Asian buyers, the week should offer increased perspective on whether collectors are also willing to spend locally. 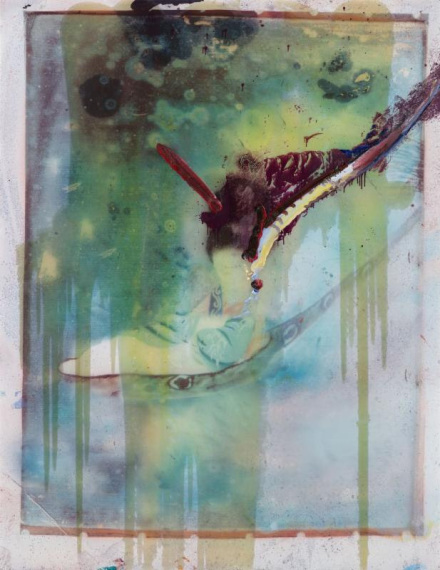 At the core of the fair is its offering of galleries, bringing together a wide selection of exhibitors from the Americas, Europe, Africa and Asia.  David Zwirner, which is preparing to open its first exhibition space in Asia next year, is bringing a body of work by Luc Tuymans, while Blum & Poe, a longtime go-between for the American and Asian art markets, will be on hand showing works from a variety of artists, including pieces by Yoshitomo Nara, Julian Schnabel, Kishio Suga and Henry Taylor. Lévy Gorvy will also be making the trip to Hong Kong, bringing a selection of pieces by Pierre Soulages, Zao Wou-Ki, and Roy Lichtenstein, among others. 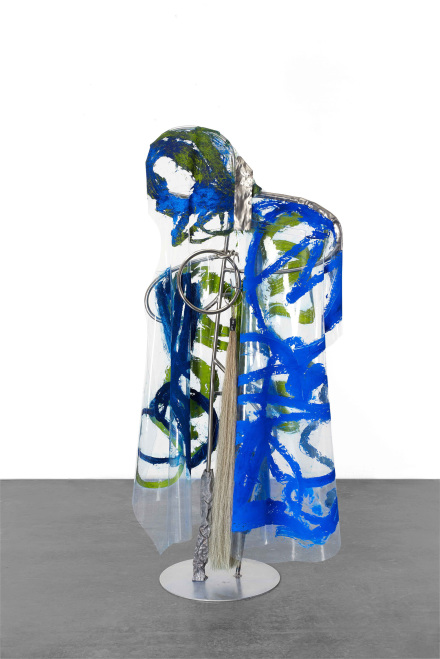 On top of the fair’s main galleries section, Art Basel also features a range of special sections devoted to more focused concepts and projects.  The Insights section, for instance, prominently features galleries and artists from the Asian continent, drawing from countries as diverse as Turkey, the Oceanic states, and anywhere in between for solo booths or curated programs exploring often underrepresented artistic movements and perspectives.   Seoul’s 313 Art Project will be showing a series of graphic, graffiti-inspired works by Rachid Koraichi, while Mind Set Art Center will feature a series of Shi Jin-Hua’s conceptual Walks, tracing drawing implements over the surface of the canvas as he paces back and forth in front of it. 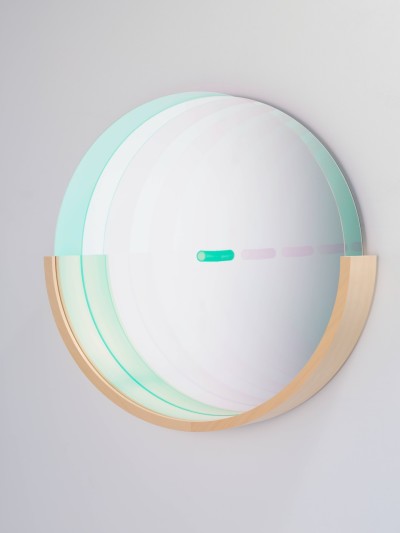 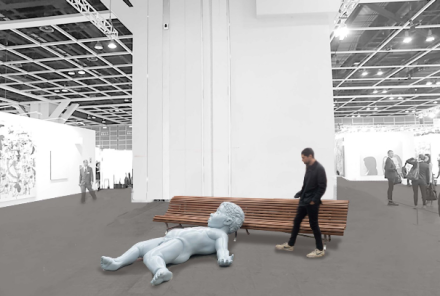 Meanwhile, the Discoveries section focuses in on a younger group of artists, exploring new voices and interests from around the globe.  Engaging with both regional art scenes and artists from the West, the exhibition offers an open format for exploring intersecting interests and concepts from both sides of the globe. 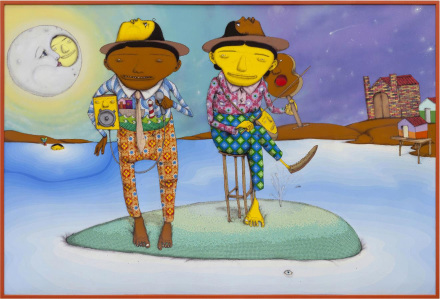 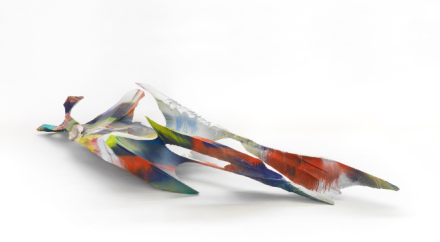 Alongside these events, the fair will relaunch its popular Encounters section, which features large-scale works, major installations and other pieces potentially limited by the traditional gallery booth.  This year Alexie Glass-Kantor, executive director of Artspace Sydney, takes up the helm, engaging a broad body of works including projects by Rirkrit Tiravanija, Alicja Kwade, and Wang Wei.  Other highlights include a surreal, distended baby sculpture by Michael Parekowhai, as well as a new sculpture by Katharina Grosse, presented by Gagosian Gallery. 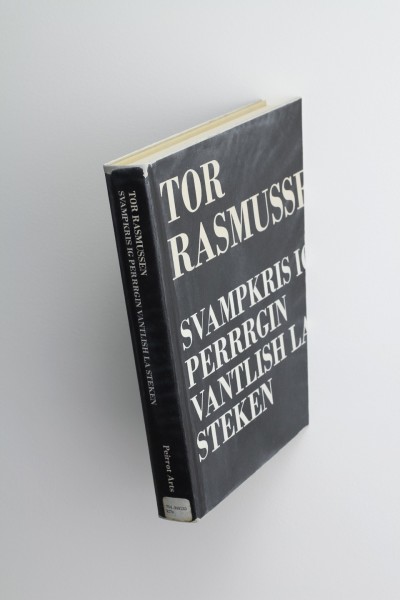 Chris Bond, Svampkris ig perrrgin vantlish la steken (2015), via This is no Fantasy and Dianne Tanzer

Joining the works on view will be the fair’s ongoing Conversation series, which invites artists, curators and thinkers to converge on the fair grounds for a series of discussions outlining the state of contemporary art, the market, and other issues related to the field more broadly.  This year, highlights include appearances by Cao Fei and Keiichi Tanaami. 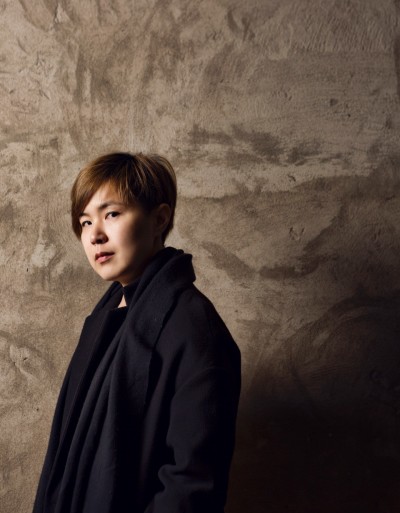 The fair will also feature a special project on the city’s tram system, Twenty Five Minutes Older, which sees artist Kingsley Ng turning the public transportation cars into large-scale camera obscuras.  Flipping the city upside down as the viewer passes through the streets, the work will present a strange, mirror image experience of Hong Kong, accompanied by an audio piece from writer Liu Yichang’s popular novella Tête-bêche.

Offering an impressive perspective on the continent’s diverse and expansive group of artists and galleries, the fair opens on March 23rd. 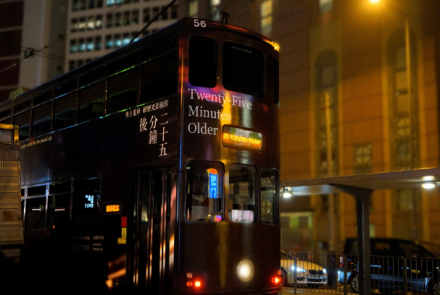 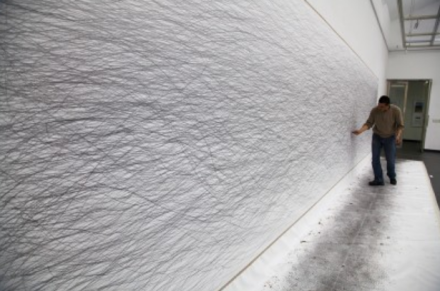 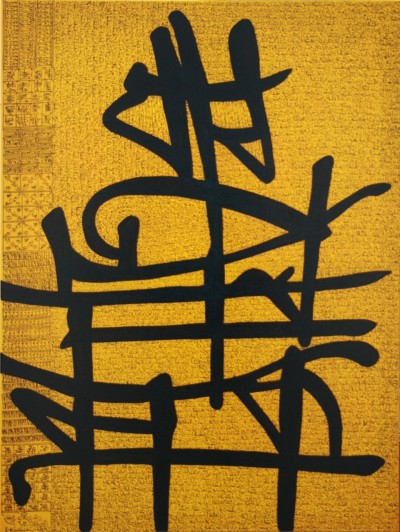 This entry was posted on Monday, March 20th, 2017 at 2:18 pm and is filed under Art News, Featured Post, Show. You can follow any responses to this entry through the RSS 2.0 feed. You can leave a response, or trackback from your own site.