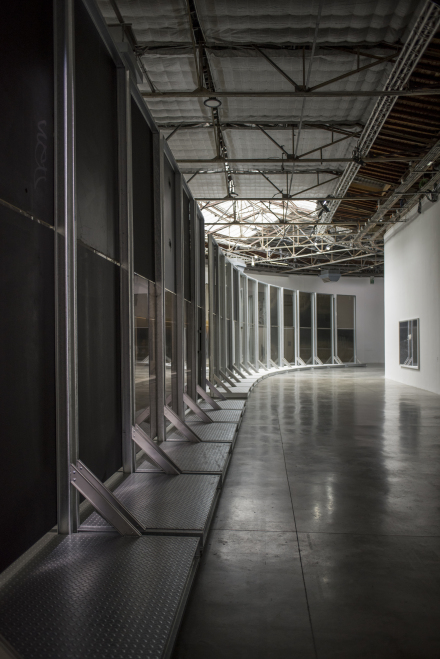 German multi-disciplinary artist Anne Imhof creates environments that integrate painting, drawing, video, sculpture, and performance amidst large-scale architectural installations. Following the success of her previous exhibitions, including the performance Faust, for which she won the Golden Lion at the Venice Biennale in 2017, Imhof takes over the Palais de Tokyo for her latest exhibition, Natures Mortes. This sprawling and multifaceted show is a meditation on the transience of time, on life and death, youth and desire. The ensemble of works in the exhibition echoes themes present in her previous body of work, reflecting an aestheticization of postmodern ennui in Imhof’s singular, dark, post-punk aesthetic. Going beyond the temporality of a vanitas or a memento mori, the show enters into a jarring dystopian connotation, creating a space where nature has literally died, and was replaced by a landscape of metal and glass, by a cold materiality and a dark sense of foreboding. 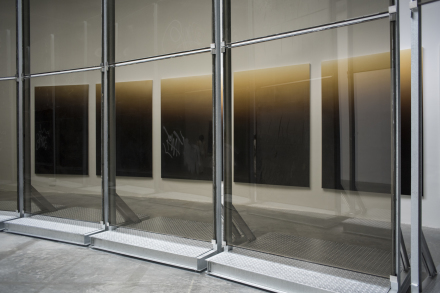 For the show, Anne Imhof includes a selection of artworks from a canon that inserts the viewer into a dialogue between the past and the present. The list of artists includes Wolfgang Tillmans, Mike Kelley, Adrián Villar Rojas, and Sigmar Polke, whose set of seven large paintings, Axial Age, appear on the lower level of the museum. The artist and musical composer Eliza Douglas — who is also Imhof’s partner and frequent collaborator — is a ubiquitous presence throughout the exhibition as the main character of the video and performance works, and as the composer of the show’s brooding soundtrack. 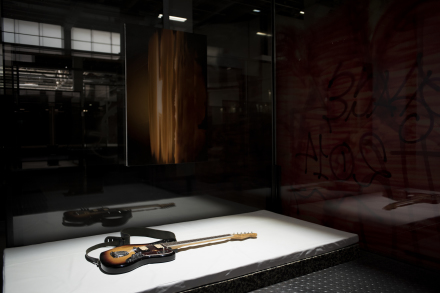 As part of her intervention of the exhibition space, Imhof stripped the walls and ceilings, exposing the concrete columns and revealing the museum’s underlying structure. By peeling away the layers of its history and returning it to a state of modern ruin, Imhof turns the art institution into an aesthetic extension of her work. The show recreates a post-industrial atmosphere that is reminiscent of nightclubs in Berlin and the abandoned liminal urban spaces which outsiders inhabit. The museum becomes a ‘complex’ of activities and passivities, reflective of the disparate forms of sociability and communication— a space where thought and desire are integrated and mirrored back to the audience. 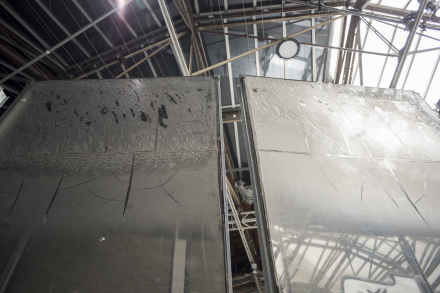 On the first floor, two rows of towering glass panes—salvaged from an abandoned 1970s office building in Turin—are arranged in a curving pathway. Tarnished and opaque, some of the panels still display their original graffiti. Descending to the lower levels, the viewer is plunged into an alter-reality of the underground. Parts of the space are sectioned off with wire fences much like the ones cordoning off industrial parks. Tall smoked-glass panes are arranged to create a grid-like maze, evocative of streetscapes. The glass panels play with reflections and transparencies, shadows and apparitions, paralleling the ambiguity and anonymity of urban life. Walking through the subdivided space, the effect is one of isolation and distortion. The compartmentalization of the museum space becomes, in effect, a physical representation of the alienation that characterizes our present age. 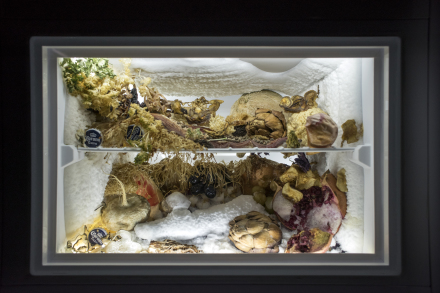 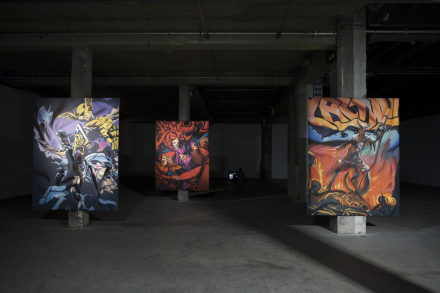 In one room, one can view Sex, a four-hour long video performance shot over three days, features a troupe of young and fashionable contemporary dancers inhabiting and moving in the space amidst the crowd. With spasmic movements and frenetic headbanging, the dancers jump, crawl, and roll on the floor. The performers use their cellphones to illuminate spaces; they text nonchalantly before activating into a choreographed performance. There is a fluidity between the seemingly irreconcilable forces of action and inaction, lust and angst, life and death. Youth, dispossessed of their future and asserting their power through movement, announcing their presence as a mass of bodies in space. In another, Waltz, Eliza Douglas appears from a pitch-black penumbra. Topless, she looks at the viewer with unwaveringly intensity while dancing a waltz in a simple back and forth progression. In the foreground, an arrangement of yellow flowers underscores her illuminated body. In a dance of hypnotic repetition, Douglas comes out of the darkness toward the viewer and then recedes into the background, never approaching the point of absolute contact. There is a tension inherent in this non-attainment, in the coming and going.

Central to Imhof’s work is the physicality of space and the way bodies interact within it, how movement is constrained or directed, channeled or impeded. The space is activated by the five hour-long performances that Imhof choreographs — sometimes in real-time — and which feature Eliza Douglas as the central character. Imhof directs her troupe to move through the space, to crawl on the floor or writhe through the crowd, or to do nothing at all. At one point, a procession of people follows Douglas as she carries another performer on her shoulders. In another dramatic moment, a topless Douglas pours hot wax over her mouth. The performance becomes a kind of dark frenetic ceremony, a channeling of erotic force into a collective ritual. Amplifying the dark atmosphere is the musical score that features droning sonorous sounds, melodic guitar riffs, and Douglas’s own melodic chanting and singing that all coalesce into a baroque post-punk opera.

The performance ran this past month through October 24th. 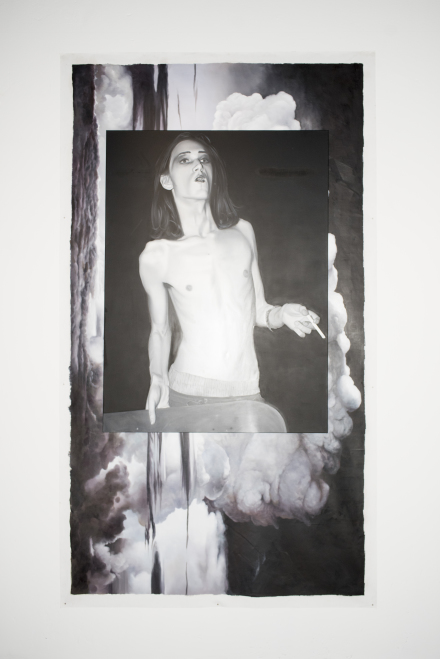 This entry was posted on Monday, November 1st, 2021 at 12:00 pm and is filed under Art News, Featured Post. You can follow any responses to this entry through the RSS 2.0 feed. You can leave a response, or trackback from your own site.