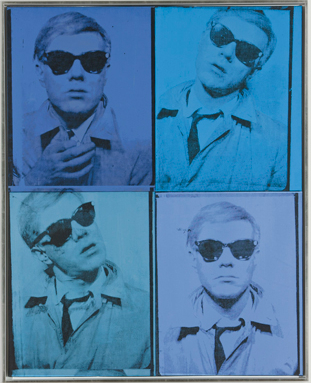 Christie’s nearly white-glove sale of of Post-War and Contemporary art on Wednesday night brought in more than twice as the equivalent sale at Sotheby’s on Tuesday evening. Sixty-three of sixty-five lots sold for a whopping $301.7 million, giving the sale a sell through rate of 95% by lot and 99% by value. The total beat the high presale estimate of $299 million despite the fact that a Rauschenberg combine estimated to fetch between $12-18 million was withdrawn from the sale. Wednesday night’s results were the best the auction house has seen for a Contemporary evening auction since May 2008 (that sale realized $331 million). Bidding went on for about two hours, approximately fifteen minutes of which was spent on a single lot. Two telephone bidders chased Andy Warhol‘s blue self-portrait, one on the phone with Brett Gorvy of Christie’s and the other with Philippe Segalot, formerly of Christie’s. The audience laughed as bidding escalated in $100,000 increments and cheered each time one contender took a bigger leap ahead. In the end Gorvy’s buyer was triumphant and paid $38.4 million for the four-part piece, which was estimated to fetch between $20-30 million. The sale was a record for a Warhol portrait (self or otherwise) at auction. 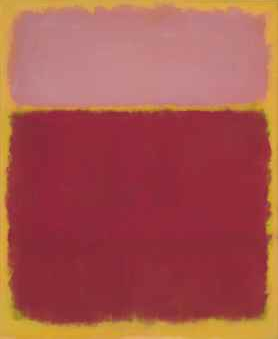 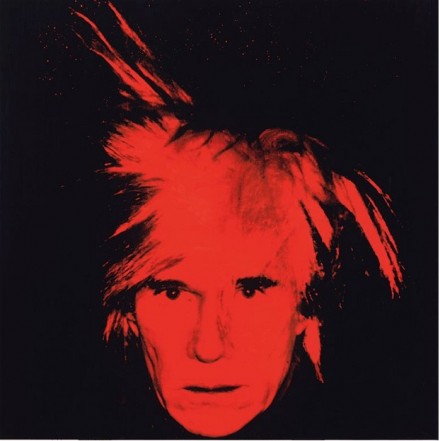 Second place was taken by a fresh-to-market Rothko in red and pink on yellow ground. Bidding on the lot started at $13 million and ended at $30 million (or $33.7 million with fees) when it sold to a European buyer in the sales room. Another Warhol self-portrait, this one nearly nine feet square and showing the artist in his signature spiked wig, carried the highest presale estimate of the evening but played second fiddle to the blue self-portrait. It sold for $27.5 million against a low estimate of $30 million to Warhol aficionado Jose Mugrabi. Christie’s offered and sold eight Warhols on Wednesday night and they fetched a combined $90 million, or about 30% of the sale’s earnings.

A Francis Bacon triptych was among the evening’s top lots. Though its presale estimate was not published, a similar three-part portrait of Lucien Freud offered in February at Sotheby’s London carried an estimate of £7–9 million (about $11-14 million) and sold for an impressive £23 million (about $37 million). While the Bacon on offer this time around didn’t quite reach those heights, it brought in a solid $25.3 million including fees. 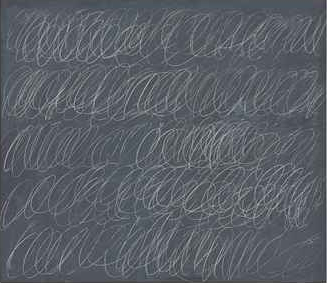 A Twombly “blackboard” painting rounded out the top five lots. It set an auction record for the artist when it sold for $15.2 million against an estimate of $10-15 million. 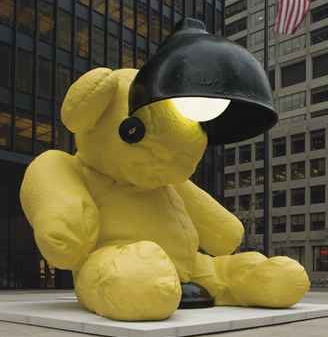 Seven artist records were set. Urs Fischer‘s monumental teddy bear crouched under a lamp, currently installed in front of the Seagrams building in New York, sold for $6.8 million and set the auction record for the artist. Weighing about 20 tons, that’s $170 per pound. 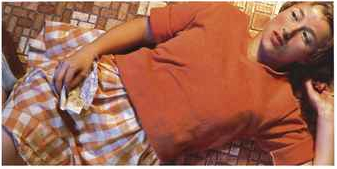 Early in the sale a record was set not just for Cindy Sherman, but for any photograph at auction, when Sherman’s Untitled sold for $3.9 million. The artist’s previous record was set last November at Phillips de Pury for $2.8 million. Records were also set for Richard Diebenkorn and Anselm Kiefer. Just three lots were bought in. Richard Prince‘s nod to Willem de Kooning, Robert Ryman‘s Match, and Jim Hodges’ web-like A Model of Delicacy were the only works that failed to find new homes.

The blitz of spring sales ends Thursday night at Phillips de Pury. Follow ArtObserved on Twitter for live tweeting at the auction and check back here for results.

This entry was posted on Thursday, May 12th, 2011 at 12:30 am and is filed under AO On Site, Art News, Auction Results. You can follow any responses to this entry through the RSS 2.0 feed. You can leave a response, or trackback from your own site.