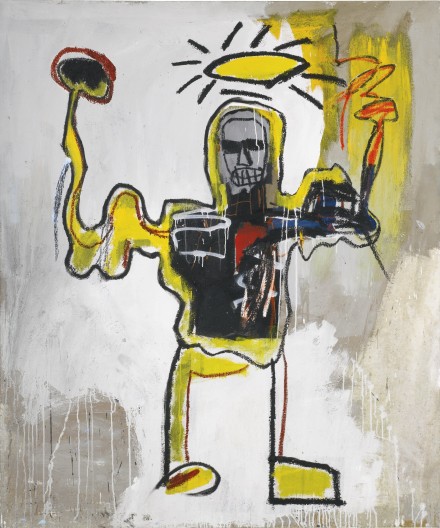 Another evening of auctions sales has come and gone as Sotheby’s concluded its Contemporary Evening Sale in London tonight, a fast-paced event that saw brisk sales and strong interest until the late lots, with 15 works of the 53 lot sale going unsold, and bringing in a total of £36,351,250.

The sale began with a swirling, colorful Ella Kruglyanskaya from 2011, which saw strong bidding and finished at £81,250.  Three lots later, an Andy Warhol Flowers canvas petered out after only a few bids, finishing just above the low estimate for £1,055,000.  Two lots later, a Louise Bourgeois sculpture, Mother and Child, tripled estimates to finish at £1,205,000.  It was followed by one of the night’s highlights, a slight Agnes Martin that sold quickly and within estimate for £2,837,000.  An Isa Genzken work, Fenster, also outperformed expectations, selling for over five times its estimate at a £677,000 final and setting a new record for the artist.  A Christopher Wool piece was the first pass of the evening shortly after, failing to meet its low estimate of £500k. 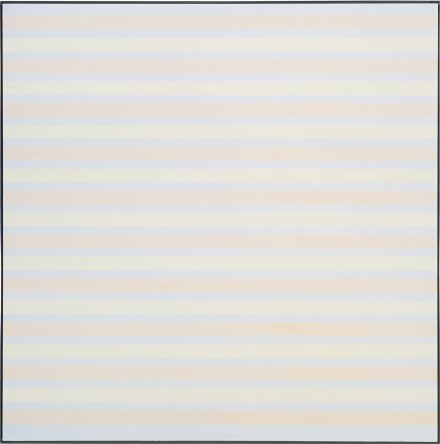 A series of subdued lots followed, before finally arriving at a Michaël Borremans work that surged past its estimate to settle at £2,045,000.  It was followed shortly after the Jean-Michel Basquiat work Black Athlete, a sale highlight that moved quickly, bringing £4,069,000, just above estimate.  A Robert Indiana work came shortly after, just beating estimate for a £1,565,000 final.  The sale saw another high-point moments later, as a Gerhard Richter piece found a buyer just over estimate for a £2,613,000 final.  Two lots later, an Andy Warhol Lenin sold quickly for £3,061,000, followed by another Richter that did not sell, and a series of Warhol “Marilyns” that brought a final of £1,505,000. 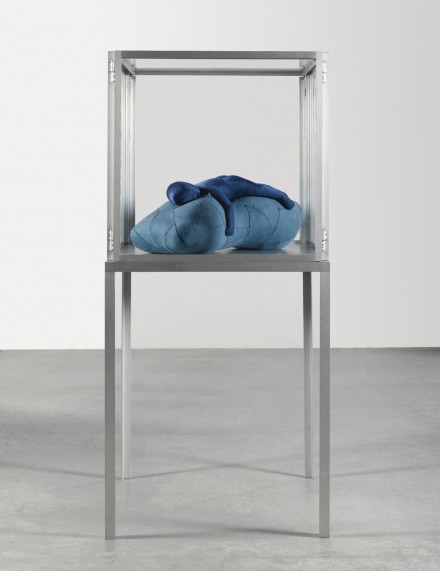 Another lull dominated the later lots of the show, as a number of works met low estimates or failed to find a buyer, with the exception of an Anselm Kiefer work that blew past its £450k high to sell for a final of £1,085,000.  Another series of slow sales and passes came, resuming action with Andy Warhol’s Vesuvius, a vibrant work that saw strong bids to finish just above estimate at £1,445,000.  Another strong lot came soon after, as Frank Auerbach’s E.O.W. ON HER BLUE EIDERDOWN IV blew past estimates and reached £1,265,000. A Francis Bacon work, Head I, was a more subdued sale, bringing a final of £1,445,000, within estimate.

The sales conclude tomorrow at Christie’s.  As always, Art Observed will be covering live. 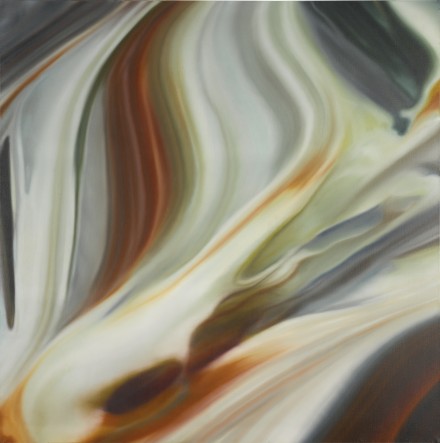 This entry was posted on Thursday, October 15th, 2015 at 11:52 pm and is filed under Art News, Auction Results, Featured Post. You can follow any responses to this entry through the RSS 2.0 feed. You can leave a response, or trackback from your own site.