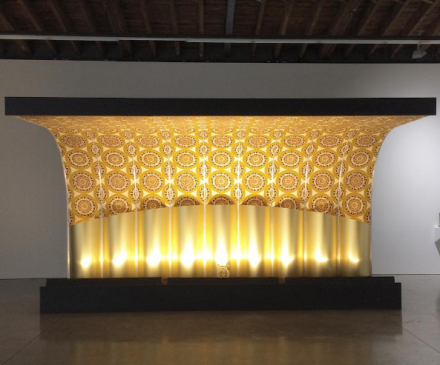 In STAGED, on view at Luhring Augustine, artist and musician Jason Moran explores the history of jazz in America, in connection with explorations of the relationship between music, language and communication.    The show, on view at the gallery’s Bushwick location through the end of next week, marks his first solo exhibition, where his work as a musician is complimented by artworks and installations that reflect and expand upon his profound knowledge of jazz and jazz history. 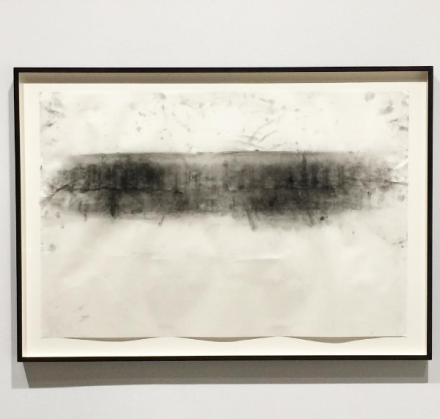 Moran is best known as the MacArthur-winning jazz pianist and artistic director for jazz at the Kennedy Center.  In recent years, however, he has worked with visual artists like Theaster Gates, Glenn Ligon, Kara Walker, Stan Douglas and Adam Pendleton to expand his repertoire beyond the concert hall.  In 2015, Moran debuted sculptures and a series of works on paper at the Venice Biennale, works that now constitute part of STAGED, an ongoing project. 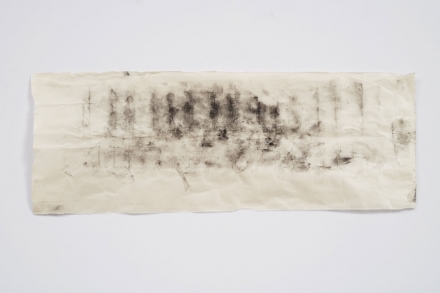 Negotiating the limits of historical and artistic investigation, the show examines the forces of performance and process that drive at the cultural and social history of jazz, the mingling of physical locations and the immense talents that graced their stages, in conversation across decades. Moran has created two installations based on historic New York City jazz venues that are no longer in existence: the Savoy Ballroom (opened in Harlem in 1926, now known as an emblem of the swing era), and the Three Deuces (a comparatively modest venue located in midtown prominent from the 1930s-1950s). These installations present a mix of both mythical imagining and historically accurate representation of these spaces, in which so much of jazz history took place. Moran’s installations recreate the stages of these institutions sourced from photographs taken at the height of their popularity.  Over the course of the viewer’s time in the show, the piano will strike up into song, or voices will echo out from the Savoy’s ceiling, entering into a ghostly dialogue that transcends easy readings of time and space. 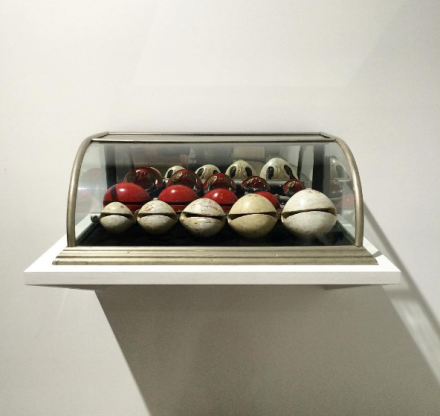 Jason Moran, The Temple (For Terry Adkins) (2016), via Art Observed 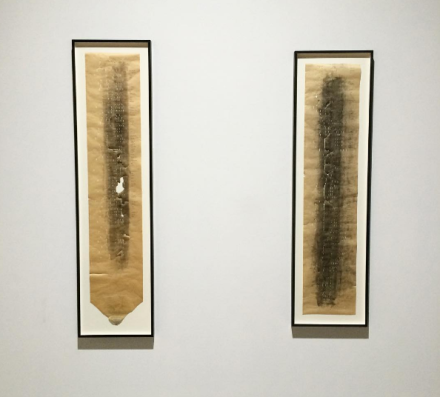 Memory and material residue feature prominently in this exhibition. Works are created by making runs on the piano with charcoal-covered fingers, or smearing the hands across piano rolls, as if the practice of musicianship was slurred across easy boundaries or notation, much in the way that Jazz so often upended the logical structure of early 20th Century music.  The smudges and flourishes of these works seem distinctly musical, as if the performative energy of the piece had been captured, a record of musical engagement that is charged with its musicality despite its purely material dimensions. 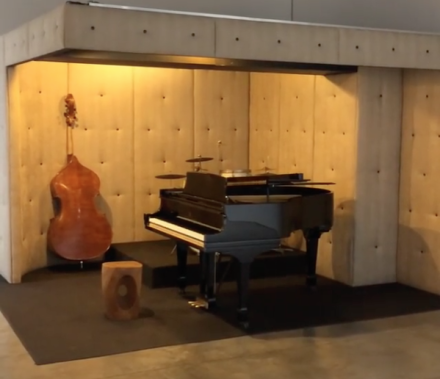 In STAGED, Moran resurrects the material of musical history and negotiates the traces it leaves behind. This exhibition represents a stunning example of the productive and fascinating ways in which history, memory, art and research can intersect.  Though it resists classification under the heading of contemporary art, the sculptural and visual dimension of Moran’s STAGED are striking examples of how the immateriality of music and history can be captured on paper and in space.

This entry was posted on Sunday, July 24th, 2016 at 10:05 pm and is filed under Art News, Featured Post, Show. You can follow any responses to this entry through the RSS 2.0 feed. You can leave a response, or trackback from your own site.