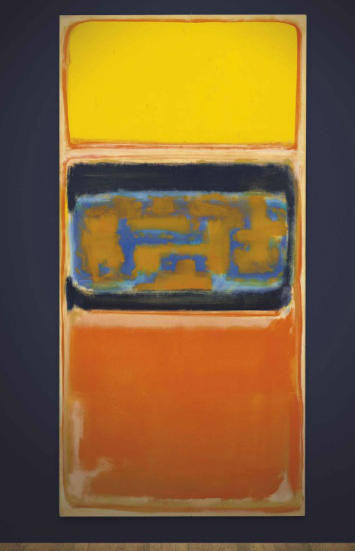 Following a few days pause for collectors to recover from the busy rush of Armory Week in New York, Christie’s has kicked off another week of major sales in London this evening, concluding its Post-War and Contemporary Evening offering with an unexpectedly energetic outing.

Critics and insiders watching the sale had said little on the auction house’s offerings this week, other than its focus in recent sales on Asian bidders, instead focusing primarily on the high percentage of guaranteed lots in Sotheby’s competing offering tomorrow night.  Even so, Christie’s carried its own trove of guarantees, with at least 5 works promising third-party guarantees before the sale.  The strategy seemed to pay off, as the evening’s lots moved swiftly and without issue, with only 3 lots failing to find a buyer, and ultimately bringing the sale to a final tally of £96.3 million. 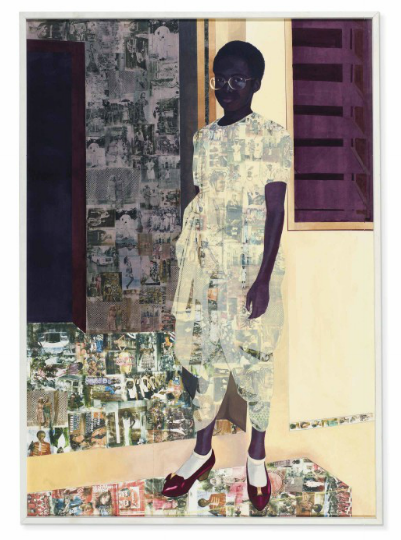 Njideka Akunyili Crosby, The Beautyful Ones (2012), via Christie’s

The sale kicked off with a deep blue Wolfgang Tillmans, Freischwimmer 186, which rocketed past estimate on the efforts of six separate bidders, ultimately selling at double its high estimate for a record £269,000, while a Njideka Akunyili Crosby work two lots later sold on multiples of the work’s £400k estimate to also an auction record of her own at £2,517,000.  An Albert Oehlen met estimate for a similar final of £2,965,000 shortly after, with a Basquiat topping estimate at £2,225,000 in the next lot.  A Jean Dubuffet sparked off the first round of marquee lots shortly after, selling above estimate for £10,021,000, before one of the evening’s star lots, the Mark Rothko, came to the block and sold relatively quickly, requiring only a few bids to reach the  £10.7 million. 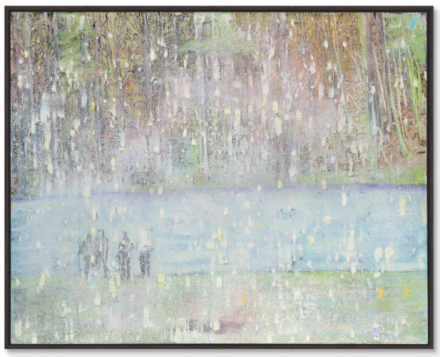 A series of Gerhard Richter Fuji works moved the sale quickly through the next several lots, followed by a Robert Rauschenberg that hammered at its low estimate, bringing a final of £4,645,000, while a silver Lucio Fontana slit work also met estimate for £3,413,000.  A Peter Doig performed to expectations shortly after, just topping estimate to a final of £12,709,000.

Following this lot, the evening’s pace picked up considerably, moving through a series of small-scale works by Frank Auerbach and Lucian Freud that sold without contest for around £500k each, while a pair of Alexander Calder works at the sale’s midway point helped continue the sale’s strong momentum, meeting estimates with tallies of £4,533,000 and £3,525,000, respectively.  Competitive lots by Cecily Brown (£1.8 million) and Thomas Schütte (£2.6 million) continued this trend, while another Jean-Michel Basquiat work topped estimate for a £3,973,000 final. 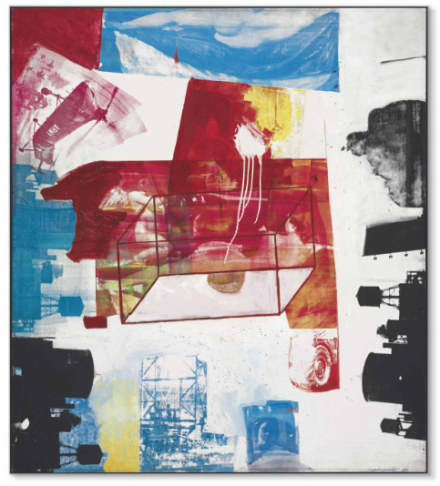 The sale proceeded through its later lots without pause, as a trio of Jeff Koons Jim Beam train cars each sold at around the low estimate of £400k, before Yoshitomo Nara’s piece Adieu Fille d’Automne became the first work to pass, while a Carol Rama work set a new artist record in the next lot at £185,000.  A Gunther Uecker diptych also performed well, doubling estimate for a final of £2,629,000 and a new record for the artist, while a David Shrigley piece passed in the final lot, but did little to dull the high spirits of the sale as it hammered to applause.

The March sales will conclude tomorrow evening with sales at Phillips and Sotheby’s, closing what has been an unpredictable and often unexpectedly strong market outing for 2017’s unclear market landscape.

This entry was posted on Tuesday, March 7th, 2017 at 4:16 pm and is filed under Art News, Auction Results, Featured Post, Show. You can follow any responses to this entry through the RSS 2.0 feed. You can leave a response, or trackback from your own site.