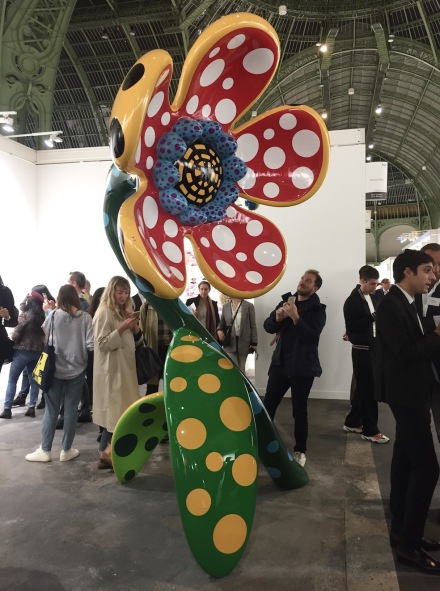 Spread out along the spacious aisles and picturesque dome of the Grand Palais in Paris, the Foire internationale d’art contemporain, also known as FIAC, has returned once again for another year of sales and exhibitions in the French capital. With Wednesday evening slowly dragging into the late hours, the fair’s VIP opening is now concluded, once again garnering strong praise and enthusiastic response from its attendees. This year, the list of galleries brings together exhibitors from 25 countries, marking its 46th edition with a fitting reflection of its storied history, one echoed by the prestigious locale of the Grand Palais. With an exacting selection of modern art, contemporary art, and design galleries, among the most emblematic of the international scene, the fair’s opening hours once again underscored its vitality in the modern fair circuit. 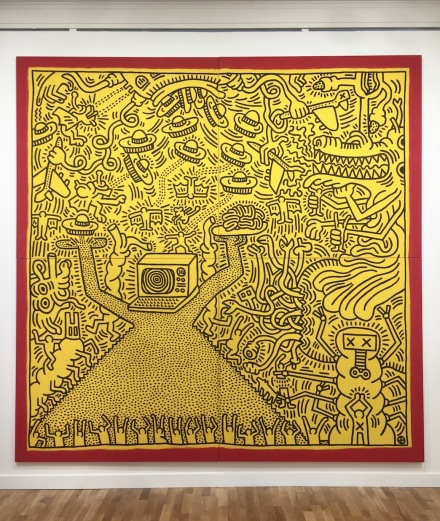 Keith Haring at Skarstedt, via Andrea Nguyen for Art Observed

The fair’s selections, were, as always, a stirring group culling a broad range of perspectives from the contemporary art world. There was a massive flower by Yayoi Kusama on view at Victoria Miro Gallery, while Skarstedt had impressive work by Keith Haring installed in its booth, underscoring the artist’s more nuanced and detailed constructions. Gagosian’s exhibition did not disappoint either, its explorations of the French Riviera including a luscious, colorful Picasso, while at Galleria Continua, Antony Gormley had brought works continuing his cunning exploration of human form, scale, and structure. Also of particular note was a fascinating array of surreal bathroom fixtures, domestic objects and body parts by Genesis Belanger at Perrotin, while at Sprüth Magers, one could browse intimate work by Pamela Rosencranz, an immense pink canvas complete with cups of paint that seemed to suspend the work in a constant state of near-completion. 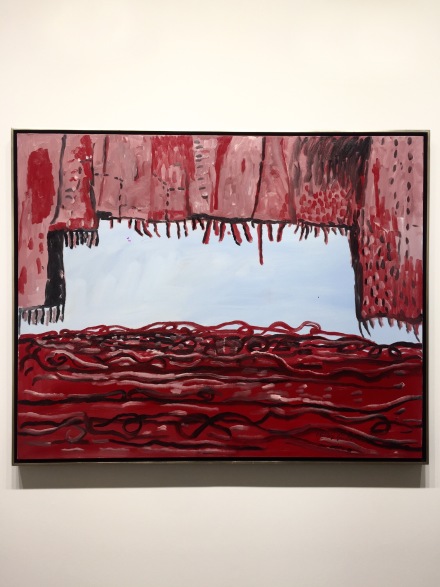 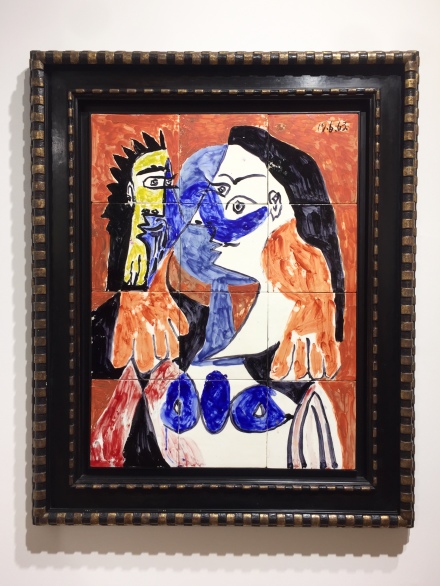 Pablo Picasso at Gagosian, via Andrea Nguyen for Art Observed

With strong work on view, it wasn’t hard for galleries to get an equally strong start on the weekend, especially the hometown exhibition spaces operating in their own backyard, as well as those just setting up shop. The newly minted Parisians at David Zwirner had a strong opening, selling works by Sherrie Levine ($320,000 to $750,000) and Wolfgang Tillmans ($35,000 to $150,000), while longtime Paris dealer Daniel Templon sold a Kehinde Wiley work for $350,000. At Clearing Gallery, a 2015 Harold Ancart sold for $320,000, while at Hauser & Wirth, a new Mark Bradford sold quickly for $1.2. million. 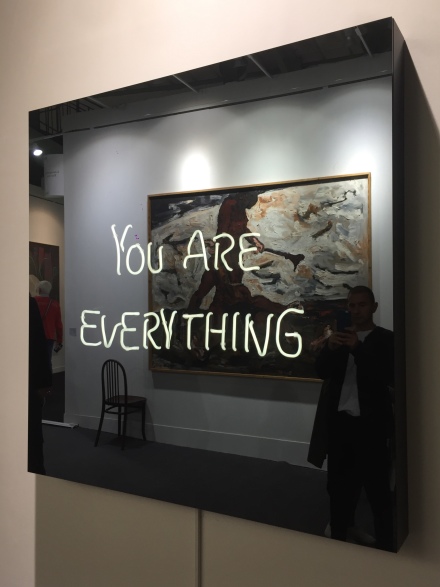 Jeppe Hein at Koenig, via Andrea Nguyen for Art Observed 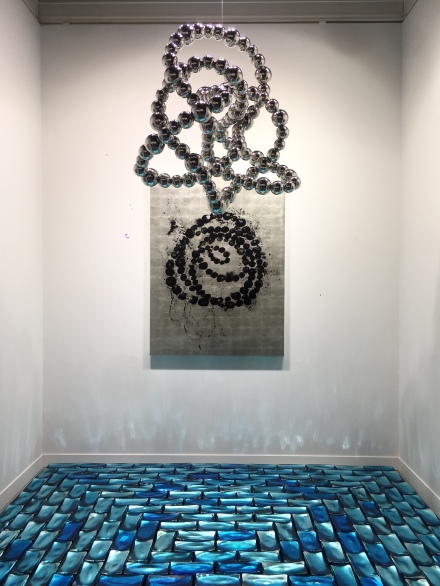 Jean-Michel Othoniel at Perrotin, via Andrea Nguyen for Art Observed

At the Place Vendome, Yayoi Kusama’s monumental pumpkin sculpture, Life of the Pumpkin Recites, All About the Biggest Love for the People (2019) had gone up, glowing in deep yellow tones that made for a grand spectacle in the French square, and which seemed to stop viewers in their tracks as they gazed up at its gentle curves. Elsewhere, at the Jardin des Tulieres, the fair’s sculpture park had also opened to the public, bringing with it a range of works including pieces by Ida Ekblad, Alexander Calder, and more, marking the space with a unique new perspective that made the already appealing, aimless wandering its walkways encourage all the more inviting. With a fall bite in the air, this element of the fair’s curation felt particularly at one with the spirit of the city. 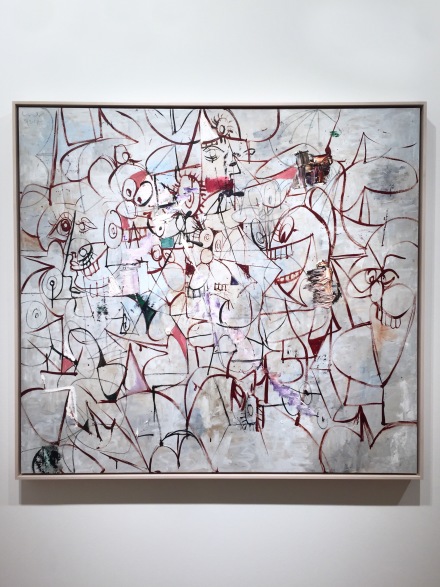 George Condo at Skarstedt, via Andrea Nguyen for Art Observed

On view through the end of the weekend, FIAC is an essential French entry in the current art market, and will only continue to surprise in the coming days. It closes Oct 20th.

This entry was posted on Thursday, October 17th, 2019 at 6:04 pm and is filed under Art News, Featured Post, Show. You can follow any responses to this entry through the RSS 2.0 feed. You can leave a response, or trackback from your own site.