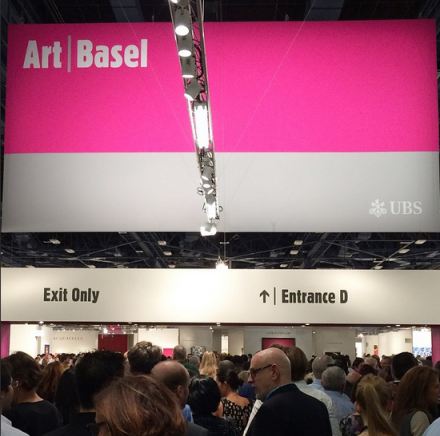 The doors have opened for Art Basel Miami Beach 2014, the 12th edition of an art fair that has since become synonymous with big events, bigger celebrities, and even bigger price tags serving as a year’s end bacchanal for the contemporary art market. 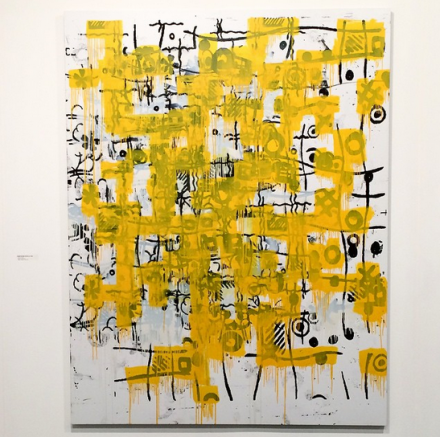 In recent years, the events around Miami Art Week seem to be expanding towards a more populist bent, with countless branded ventures, concerts and exhibitions luring attendees away from the high-glitz proceedings of fair’s like ABMB and NADA.  But as s the doors of the Miami Beach Convention Center opened Wednesday morning for the event’s VIP preview, the crowd seemed as eager and enthusiastic to snap up works as ever.  Attendees in the initial morning scramble included Jeffrey Deitch, Kanye West, and Leonardo DiCaprio, who was seen eyeing a large Mark Bradford on view at Hauser and Wirth, and who later took home a Frank Stella piece from Marianne Boesky.  Toby McGuire and hedge fund billionaire Steven A. Cohen were also on hand. 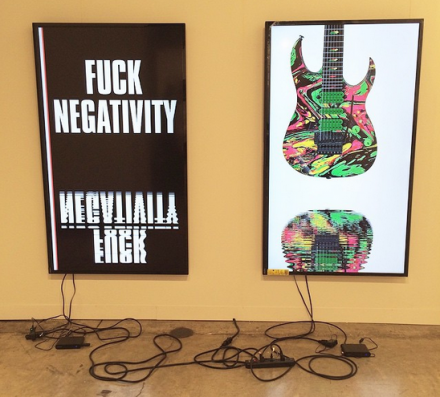 But even with the expected enthusiasm of the fair’s opening hours, few predicted such a strong opening, with major sales marking the fair’s first few minutes out of the gate.  Skarstedt Gallery saw extremely impressive initial results, selling a Juan Muñoz and a late Sigmar Polke for $1 million each, while a Richard Prince work sold for $1.2 million.  David Zwirner also surged out of the gate with impressive sales, selling a number of Jason Rhoades sculptures from across the artist’s career for over $400,000 each.  The gallery also sold its full selection of Lisa Yuskavage paintings for $130,000 to $250,000 each.  Mnuchin Gallery reportedly sold a Robert Ryman from 1998 for $1.5 million.  But perhaps the crown jewel of the fair was a $35 million Calder mobile, hanging just inside the entrance to the fair at the Helly Nahmad booth. 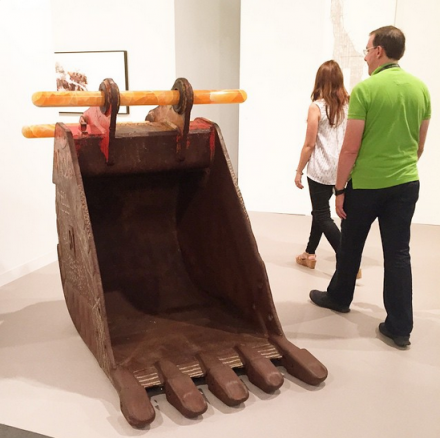 Sales were also strong at Regen Projects, where initial sales of works by Elliott Hundley ($100,000) and Liz Larner ($80,000) were followed up by a $200,000 Glenn Ligon work, based on the Steve Reich composition “Come Out.”  Repeating the text in various saturations and patterns, the piece was a vivid graphic representation of the famous sound art work.  Lehmann Maupin sold a set of Tracey Emin neons priced in the range of £50,000 to £60,000. 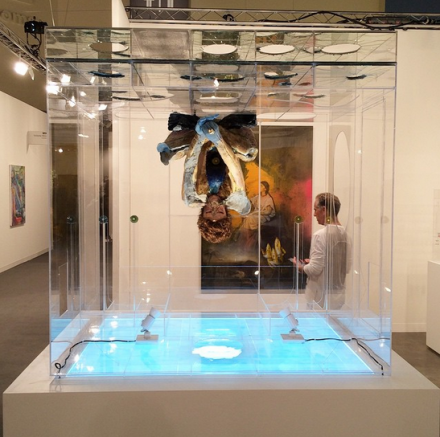 Peres Projects was also on hand, showing a selection of works by Dorothy Iannone and Mike Bouchet, as was Team Gallery, following up on its recent Cory Arcangel exhibition with a set of new flat panel TV works by the artist, as well as a set of Ryan McGinley photographs and a shifting, 3-D video loop by Tabor Robak. 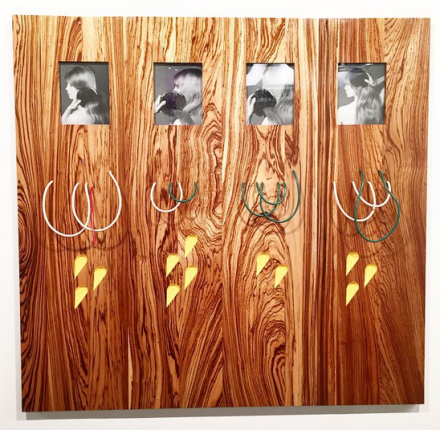 But the fair also continued its more exploratory tenants, with the expanded Nova section and the newly launched Survey offering unique takes and fresh new faces to the art hungry buyers.  Of particular note was Survey’s inclusion of Y++ Wada Fine Arts, a Japanese gallery presenting the surreal and darkly comical work of artist Tetsuya Ishida.  The artist, who tragically passed away in 2005, had a number of works on hand, presented in a bizarrely arranged booth that included household materials alongside drawings and paintings, was a striking tribute to the artist. 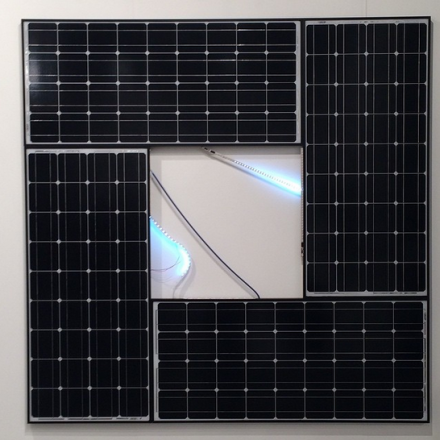 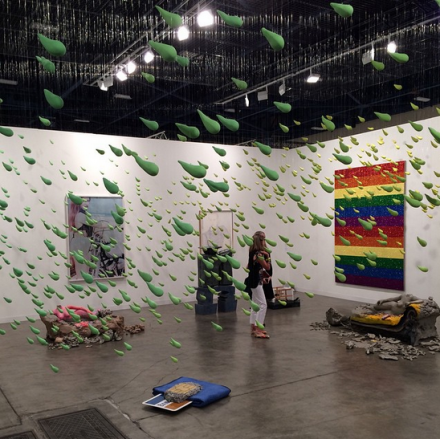 The Sadie Coles booth was popular spectacle in the opening hours, filled with an immense series of neon green and yellow raindrops courtesy of Urs Fischer.  The work reportedly sold almost immediately, and held a considerable crowd around the space all week. Also of note was a Mickalene Thomas installation at Kavi Gupta, drawing on the artist’s frequent allusions to 1970s interior design and black identity, to create a viewing station for her film Happy Birthday to a Beautiful Woman. The film, a portrait of her mother shortly before she passed away, plays on a small screen in the center of the piece, surrounded by immediately recognizable wood paneling, ceramic trinkets and crocheted blankets.  The installation sold multiple copies during the opening hours of the fair, each priced at $300,000. 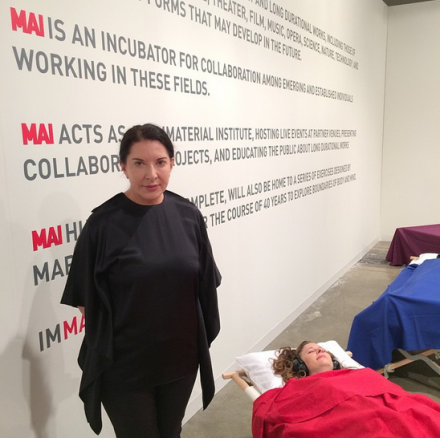 Marina Abramovic was on site in the opening hours of the fair, presiding over her installation in the Fondation Beyeler booth.  Visitors were invited to lie down in one of the brightly colored cots with their eyes closed and ears covered, forcing them out of the hectic pace of the fair and into a brief moment of focused calm. “It’s a small thing you know,” Abramovic told Art Observed, “but there are so many people here, in this great big place and they are all alone, all by themselves. So I try here to bring them back to that, being by yourself in such a large crowd.” 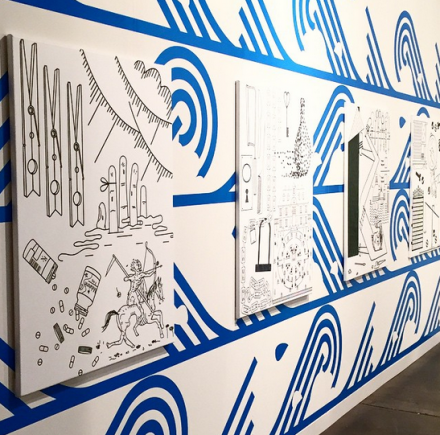 With another three days ahead, Art Basel Miami Beach should continue to makes its presence heartily felt in South Florida, as artists, collectors and visitors continue to flock to South Beach.  The fair concludes on Sunday, December 7th. 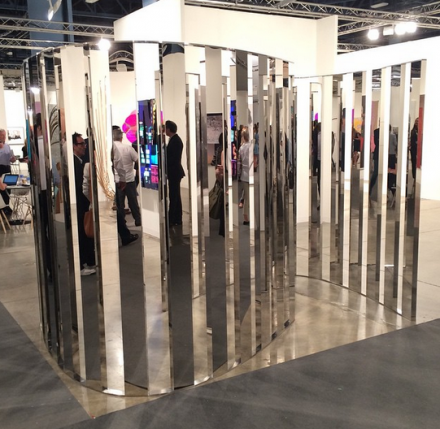 Work by Jeppe Hein at 303 Gallery 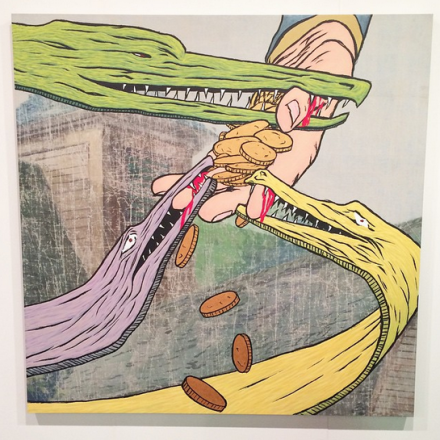 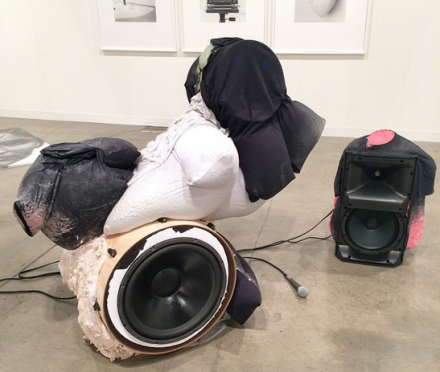 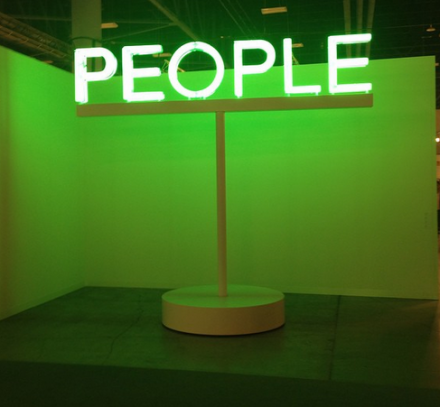 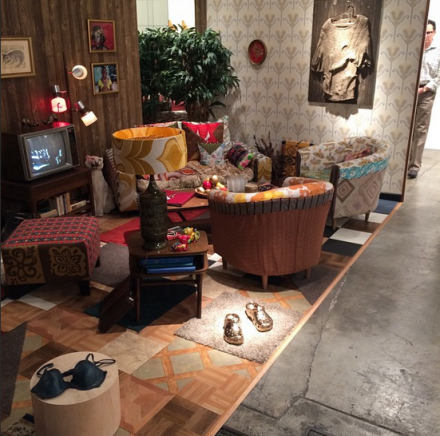 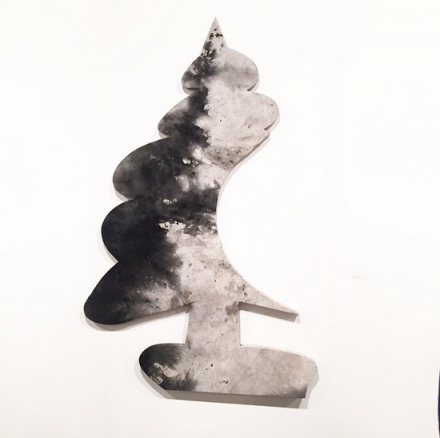 Work by Nate Lowman at Maccarone 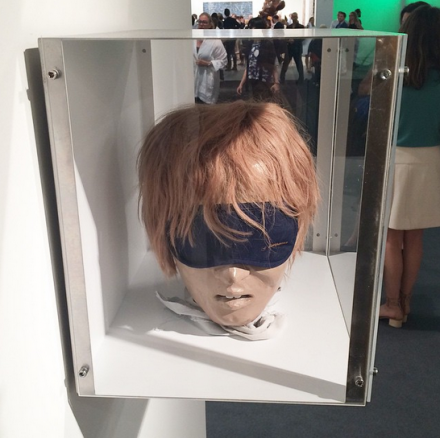 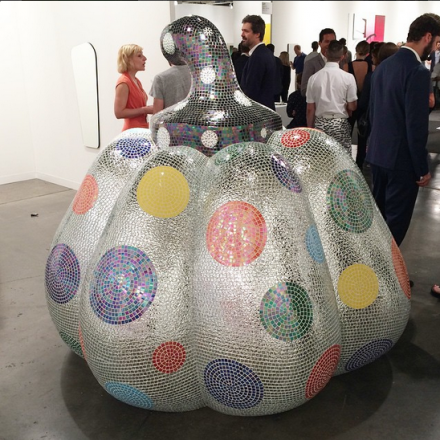 This entry was posted on Thursday, December 4th, 2014 at 7:11 pm and is filed under Art News. You can follow any responses to this entry through the RSS 2.0 feed. You can leave a response, or trackback from your own site.