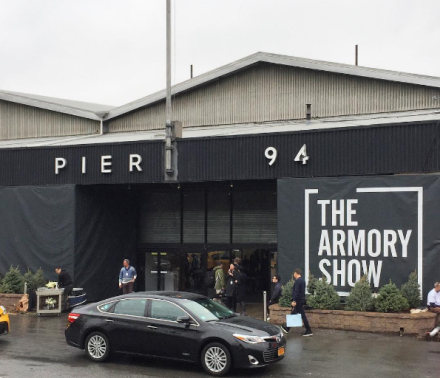 The doors are open and the 23rd edition of The Armory Show is underway in New York, kicking off the annual hustle and bustle of the March art calendar and its increasingly loaded week of fair sales, openings and events.  Spread out across the lengthy convention center spaces on Piers 92 and 94 on Manhattan’s West Side, the fair, Benjamin Genocchio’s first as director, seems to have taken advantage of the fresh start afforded by its new leader. 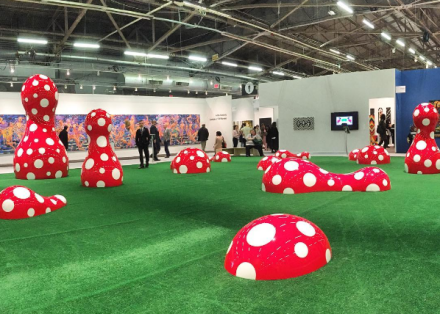 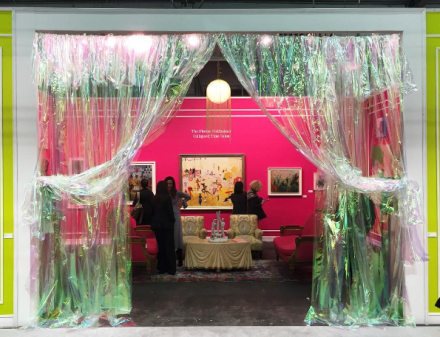 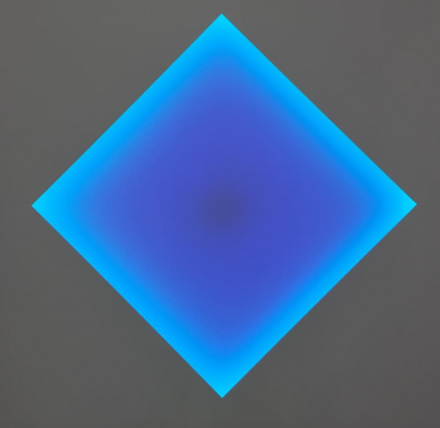 The fair’s booths seem particularly roomy this year, benefitting from a reduced exhibitor list and more cautious management of space that allowed a noticeable freedom for galleries to experiment.  Jeffrey Deitch’s reprisal of his Florine Stettheimer Collapsed Time Salon was of particular note; a booth that managed to offer both a striking visual concept and ample room to explore the works on view, which ranged from Stettheimer’s famed Asbury Park South (not for sale), to a series of recent works by Chloe Wise and Jamian Juliano-Villani, all spread across a series of pink and yellow walls that echoed the artist’s own famed art salons and offered ample room to linger and look at the collected pieces.  Elsewhere, in the exhibition’s Focus section, A Palazzo Gallery was showing new work by Ibrahim Mahama, collages of jute sacks and other material that seemed to camouflage the booth against the structural appointments of the site, while Kayne Griffin Corcoran also took advantage of the ample space, bringing a pair of large James Turrell lightworks, which bathed the booth in a gentle glow that shifted in tone and hue over the course of the day. 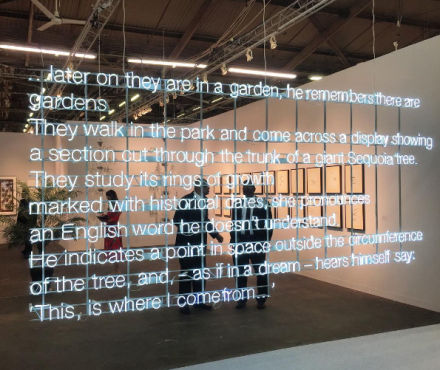 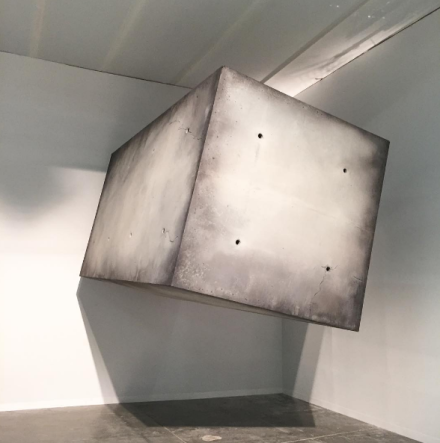 But for sheer visual spectacle, few could outdo Pace Gallery’s levitating concrete block, an imposing hulk of material created by Dutch collective Studio Drift that seemed to effortlessly float and rotate above the equally austere flooring of its space.  The brusque, industrial imagery of the booth, combined with its sheer scale, drew a near-constant crowd of viewers, including the artists themselves, all posing in front of (and occasionally almost directly under) the work’s bulk. 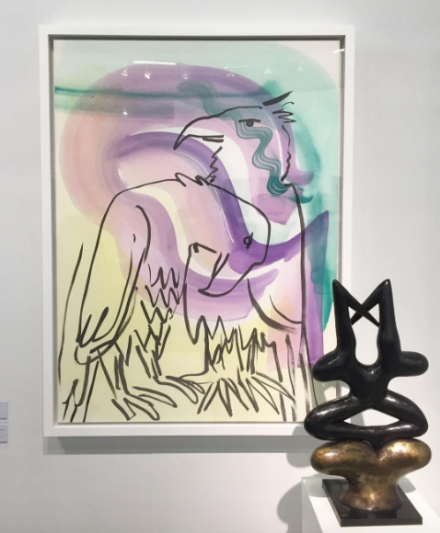 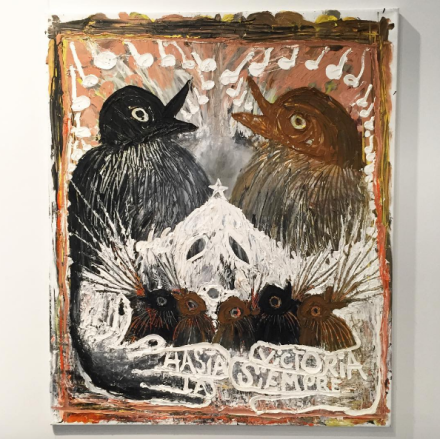 The fair’s spacing also allowed for the insertion of more large-scale projects and installations over the two piers, exemplified by the fair’s new Platform section, which placed a number of large-scale works throughout the space, including an immense wire-frame sculpture of a dragon by Ai Weiwei in one corner, and an expanse of green astro-turf, dotted by Yayoi Kusama’s polka-dotted masses.   The result was a series of spaces allowing a more relaxed, even-handed pace through the exhibition site, one which seems to place the visitor experience at a premium. 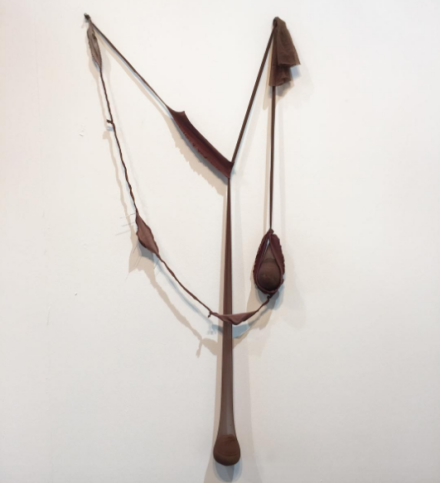 Better yet, the new strategy seems to be paying off in hard sales.  The Kusama work ultimately sold for around $1 million through Victoria Miro, while White Cube gallery also fared quite well, moving a series of Cerith Wyn Evans works (including a large neon piece) in the range of $250,000.  Sam Moyer’s Wide Eye, with its striking concrete arrangements, also sold at Sean Kelly for $35,000.  With the slower pace of New York’s collectors, expect more major sales to come in the following days.

The Armory Show will run through the end of the weekend, with its talks program beginning tomorrow with a series of anticipated panels and discussions.  The fair closes its doors March 5th. 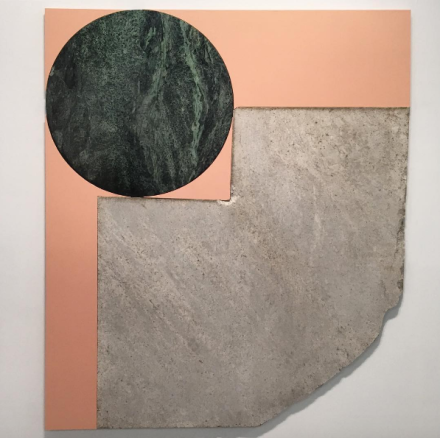 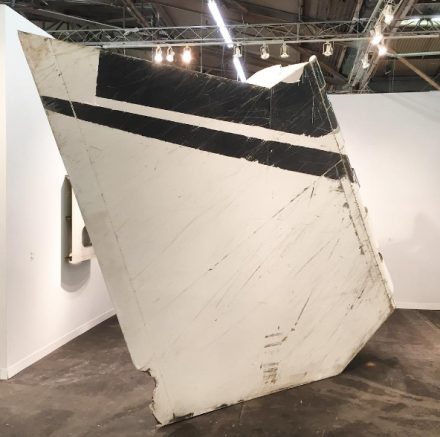 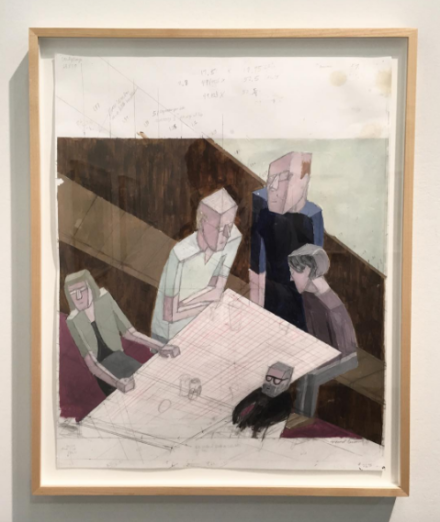 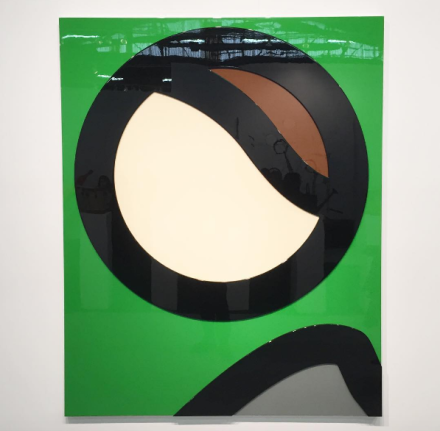 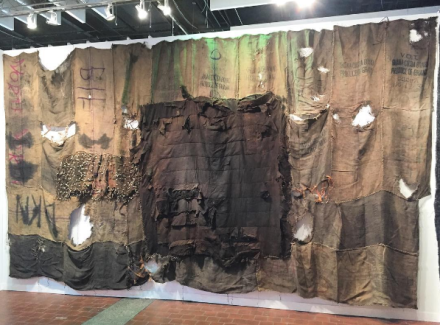 Ibrahim Mahama at A Palozzo Gallery, via Art Observed 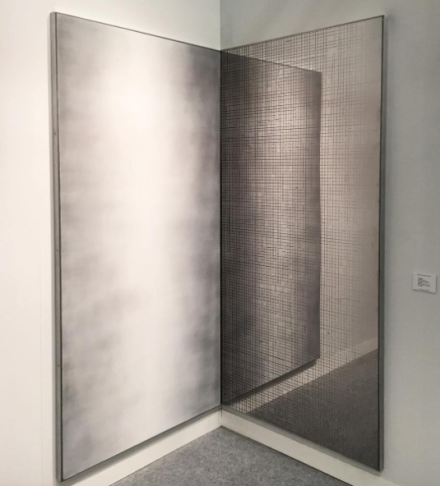 This entry was posted on Thursday, March 2nd, 2017 at 2:43 pm and is filed under AO On Site, Art News, Featured Post, Show. You can follow any responses to this entry through the RSS 2.0 feed. You can leave a response, or trackback from your own site.