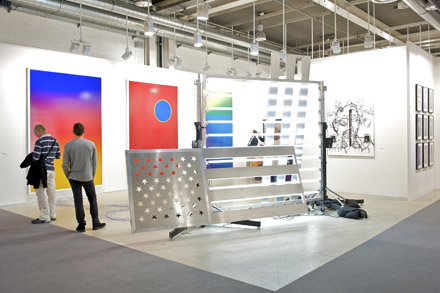 AO is on site at Art Basel, Switzerland, where Wednesday marked the official, public opening of the international show.  On the roster was an inaugural Conversation Series speech by Paul McCarthy, an Art Film at Stadtkino Basel, and an Artist’s Talk with Rodney Graham at Kunstmuseum.  If the congenial and thronged atmosphere hadn’t tipped us off to the anticipation surrounding this year’s exhibitions, Tuesday’s sales would have been a clear indication.   A $15 million Picasso 1960 plaster maquette, Personnage, was snatched up immediately from Krugier Gallery by one of the VIP guests (an American collector) invited to Basel’s early opening, as was a line drawing by the same artist, one by Egon Schiele, and paintings by Max Ernst and Paul Klee. Sara Kay of the Geneva- and New York-based Kugier Gallery was unable to disclose the buyer of yesterday’s Picasso sale, but ten minutes after the purchase’s confirmation noted to Art Info that “[The] piece went to a very important collector with the best modern masters.  This is museum-quality, not trophy-level. It’s a very serious piece.” Skarstedt Gallery also enjoyed a  meritorious patronage yesterday, with sales including a Christopher Wool painting, Untitled, for $800,000, a Barbara Kruger photograph for $700,000, a Cindy Sherman piece for $500,000, and two works by George Condo: The Madman and The Colorful Banker, which fetched $375,000 and $225,000, respectively.  Hufkens Gallery sold a Louise Bourgeois etching, A Baudelaire (#7), which the late artist completed several months before her death in May, for $650,000 to a European collector.  Cheim & Read boasted a lucrative afternoon as well, with sales including a $2 million Joan Mitchell abstraction, a $125,000 Sam Francis drawing, a $100,000 Ghada Amer painting, Paradise, and a 28-strong Bourgeois watercolor series, Les Fleurs.  Lisson Gallery sold two Anish Kapoor‘s for $742,000.  Richard Prince‘s Student Nurse brought Gagosian $4.2 million, and Paul McCarthy’s bronze suites–Sneezy and Dopey–yielded Hauser & Wirth a combined total of $3 million. Blum & Poe sold a dyptich by Takashi Murakami for $1 million. White Cube reportedly sold six of Damien Hirst‘s new paintings, as well as Hirst’s “Memories of Love,” valued at $3.48 million. Lehmann Maupin sold two neon works by Tracey Emin, each for $74,000. 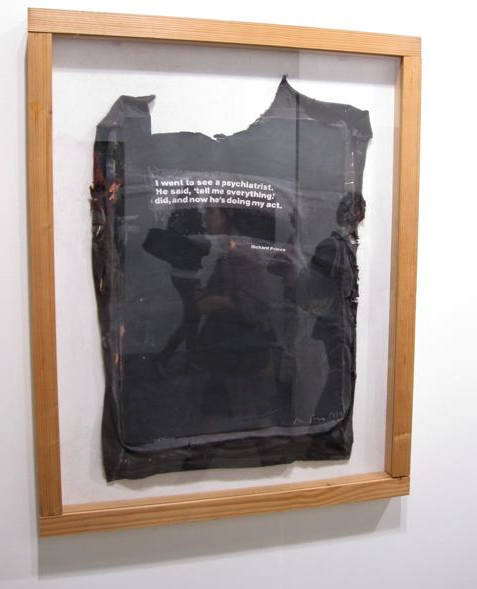 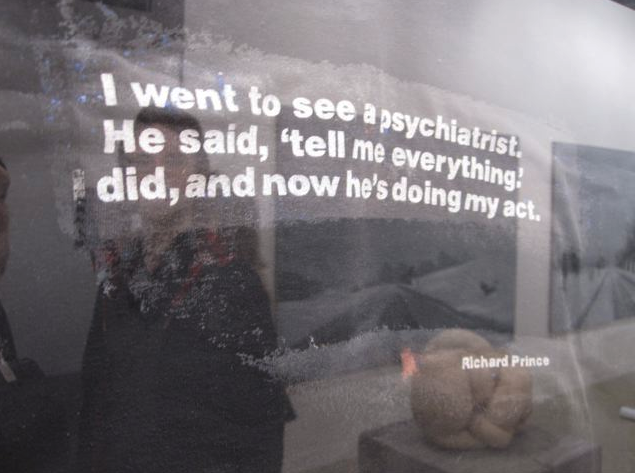 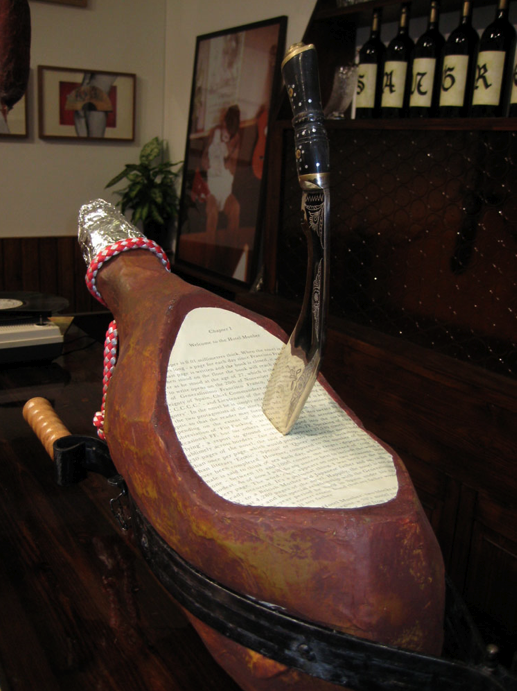 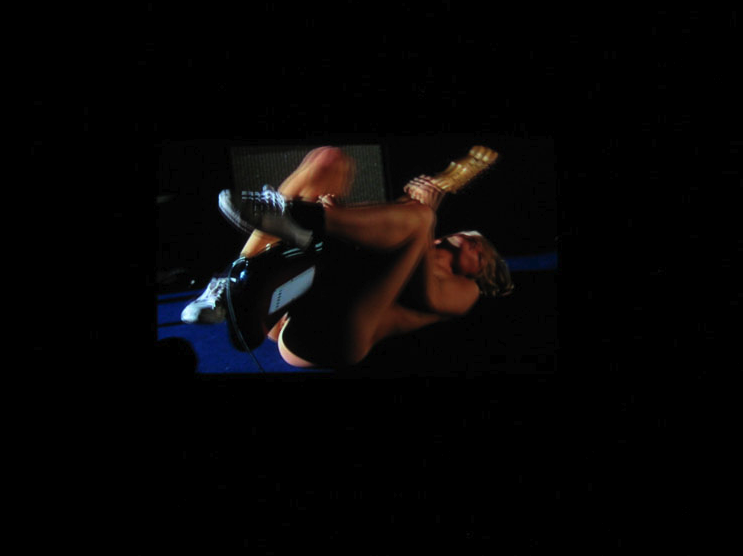 White Cube of London is displaying Solo, a 2008 video by Christian Marclay.  Solo features actress Tree Carr, naked and playing a guitar suggestively enough to warrant a sign prohibiting unaccompanied children from entering the booth.  The video is on display in the Art Unlimited section of Basel. 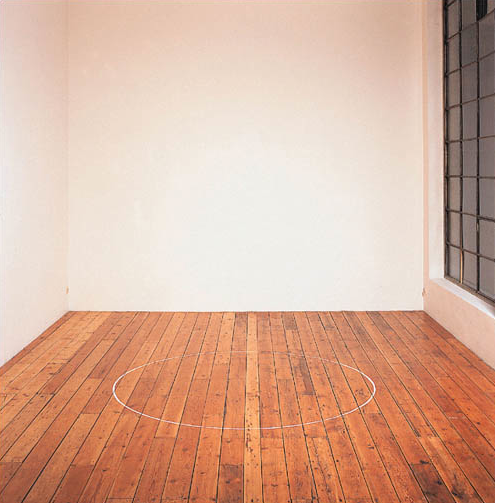 Circle on the Floor, Ian Wilson, 1968.  A prior exhibition of the notoriously simplistic artist featured at Basel.  Image via Jan Mot.

Another engaging, if less material, piece is that of American artist Ian Wilson: The Formless Absolute.  For half-an-hour the septuagenarian South African will speak about death to audience members who make appointments to do so beforehand.  The first person to partake was London Serpentine’s Hans Ulrich Obrist.  Wilson’s fortune-teller project is represented by Jan Mot and Massimo Minini.  The latter art dealer met Wilson in 1970s Rotterdam, at a Jan Fabre exhibition at the Boijmans Van Beuningen Museum, after which the pair watched a soccer game.  Wilson and Minini conversed about soccer, an exchange Wilson claimed was art itself.  Minini paid the artist $1,000 to buy the conversation, an exchange which became the allegory of future co-endeavors. 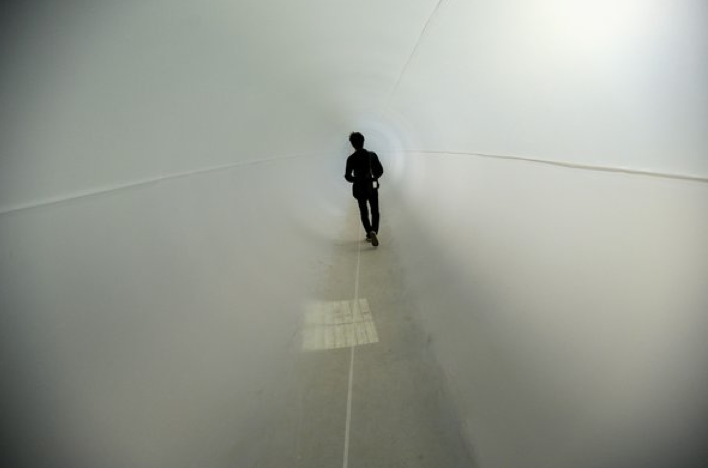 Also at Art Unlimited is a sculpture by Sergio Prego, Ikurrina Quarter, a long, white corridor through which viewers walk, blown along the otherwise empty sheet-like complex to induce maximum disorientation.  Art Basel’s Art Unlimited section is welcome artistic amnesty, a recess from typical gallery settings and rules.  Many of the pieces in this section are for watching, participating in, and touching: to enter Ikurrina Quarter, viewers have to pry open the entrance to the corridor themselves. 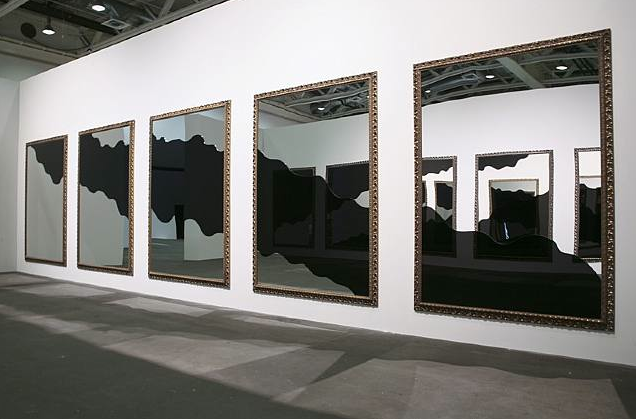 Michelangelo Pistoletto‘s clever construction, a marvelous, cylindrical structure, maintains the theme of art critics at the playground.  Viewers walk toward the center of roving, unraveling cardboard pieces, until the structure’s integrity gives way to a mirrored pit that reflects the ceiling.  This walk, ending in an unexpected, illusory bottomlessness, provides the illusion of falling, a jolt not often felt in museum settings.  Agnes Varda’s exhibition is similarly explorable.  Viewers ensconce themselves in a small, sandy room, watching the artist’s film on deck chairs–a moment of beach-like relaxation amidst the hub of Basel.  Doug Aitken, fellow filmmaker, exhibited Frontier, a silent video featuring artist Ed Ruscha.  The film is about Ruscha watching and starring in a film, the artistic equivalent to matryoshka doll play. 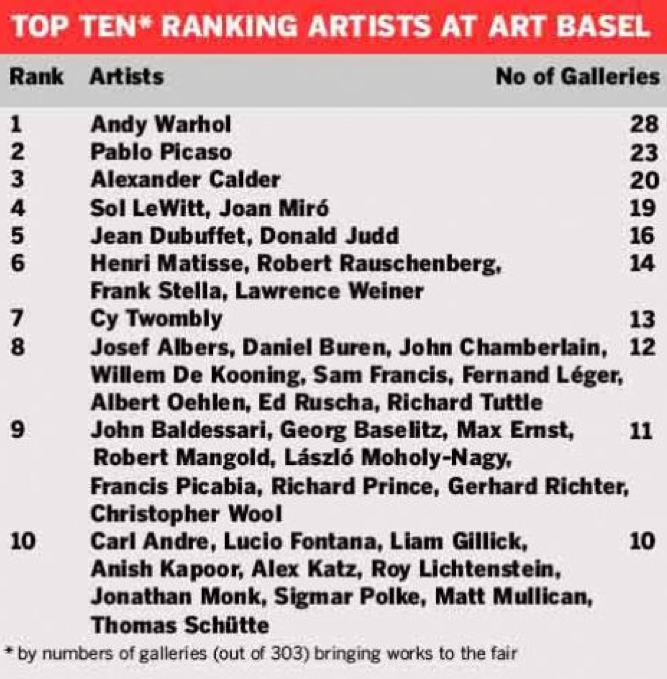 Image via The Art Newspaper

Andy Warhol is, by a comfortable margin, the most-shown artist at Basel, with works featured by 28 galleries.  Picasso lags five galleries behind Warhol, and Calder, eight.  A list of the top-ranking artists can be seen above.  An exciting list, to be sure, that nonetheless glaringly lacks female representation.  No woman made the list of 40 most-represented artists, and experts are clamoring to explain.  Barry Rosen, adviser of Eva Hesse and Lee Lozano‘s estates, in a rhetorical exchange with The Art Newspaper, said, “Is it true that a Brice Marden drawing is a zillion times more expensive than a comparable work by a woman artist? Yes.” For whatever reasons or justifications, this dearth is clearly, frustratingly based in annular logic: galleries feature fewer female artists because their pieces are broadly less valuable, with prices overwhelmingly favoring male artists, which continues to leave female artists in lower demand.  New York’s Cheim & Read was among the few galleries to boast a female artist majority, featuring the likes of Louise Bourgeois, Joan Mitchell, Ghada Amer, Pat Steir, and Lynda Benglis. 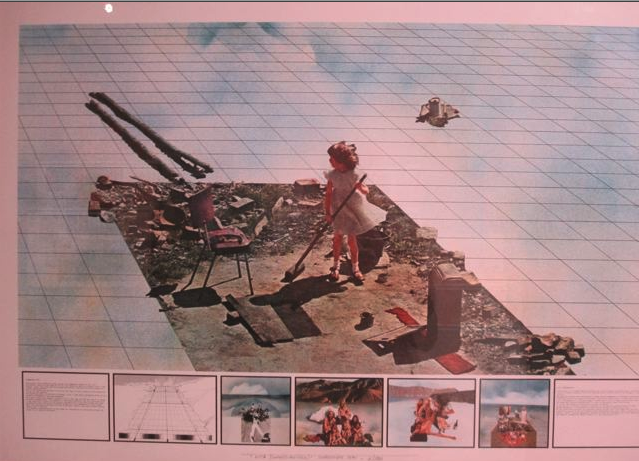 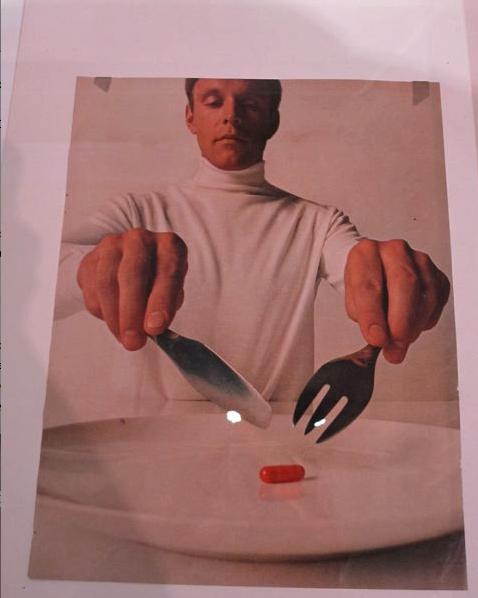 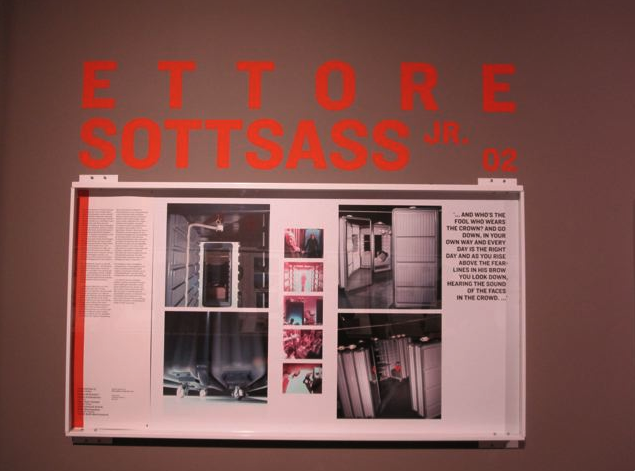 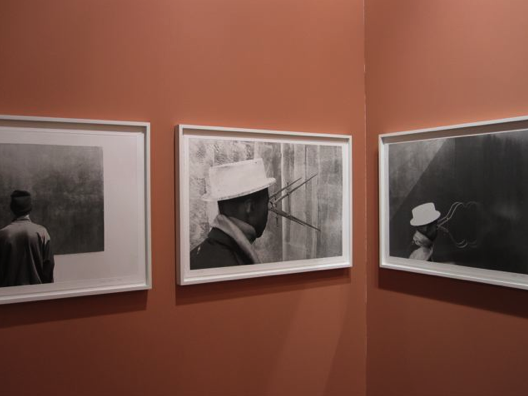 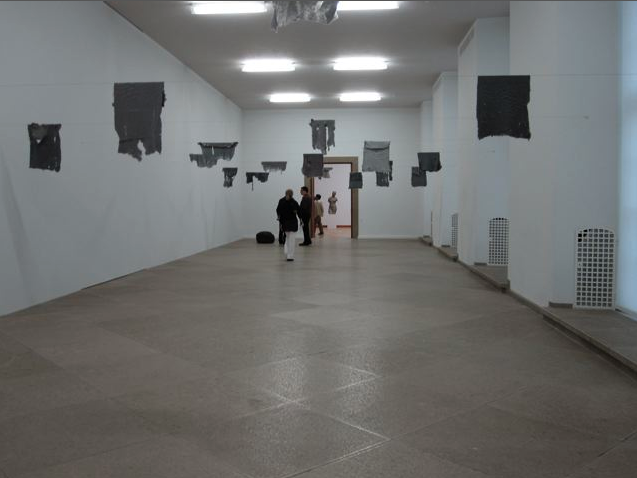 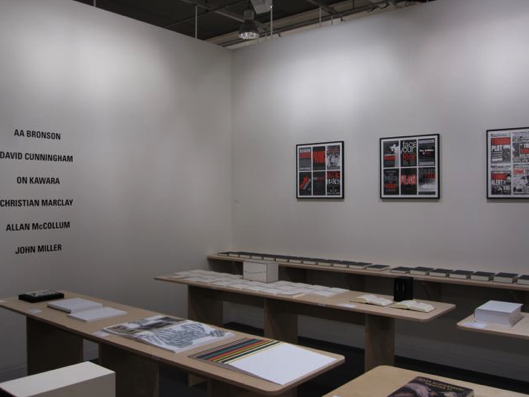 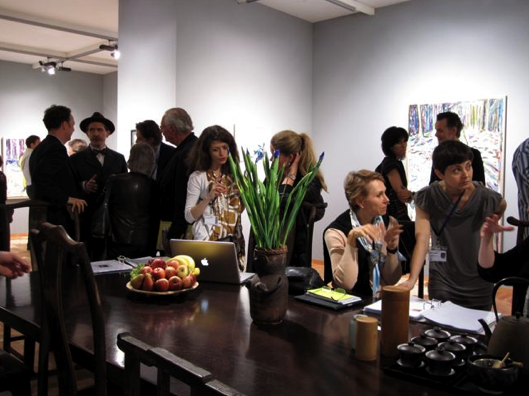 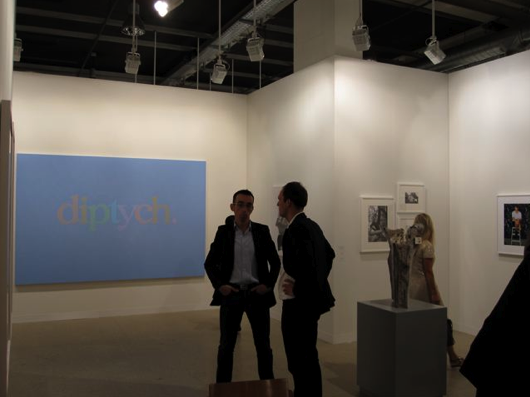 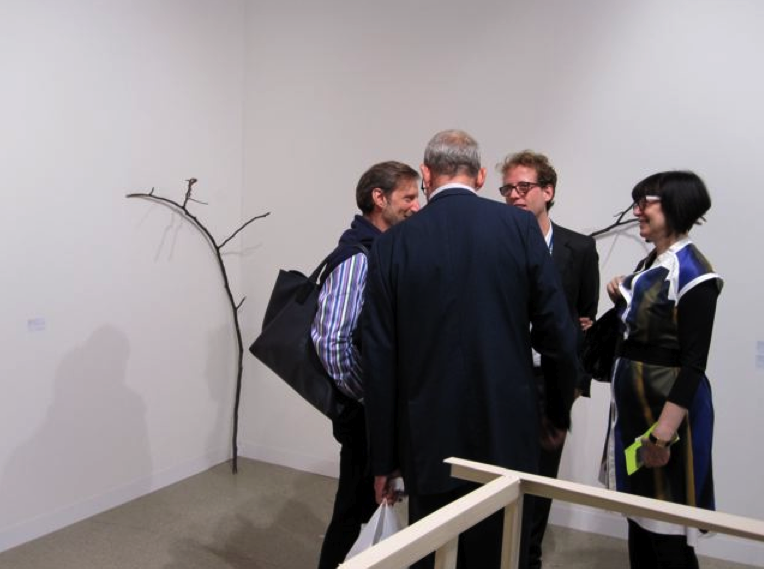 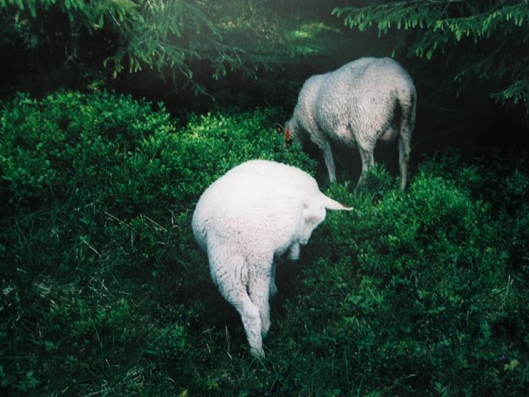 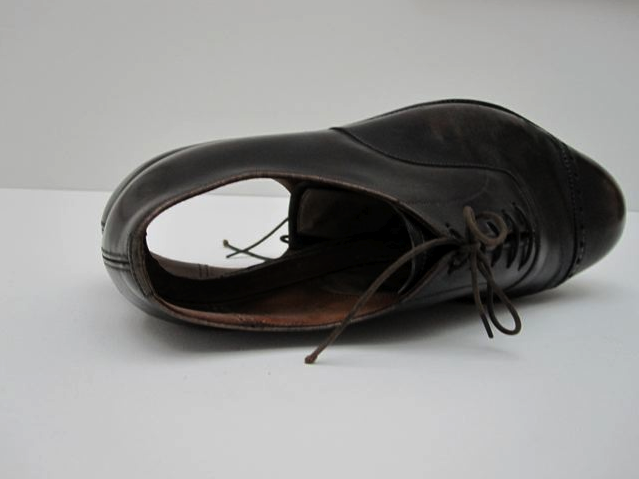 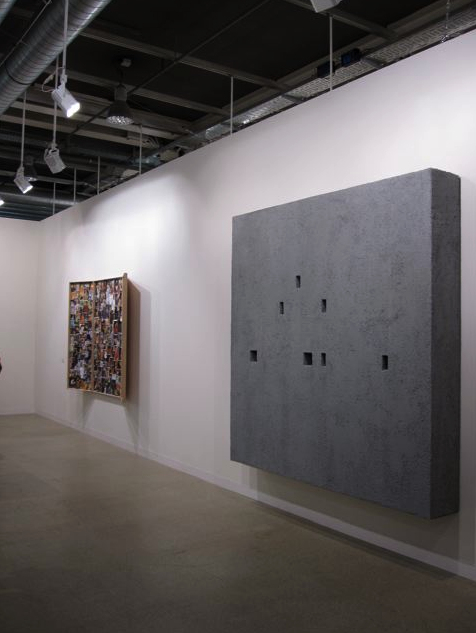 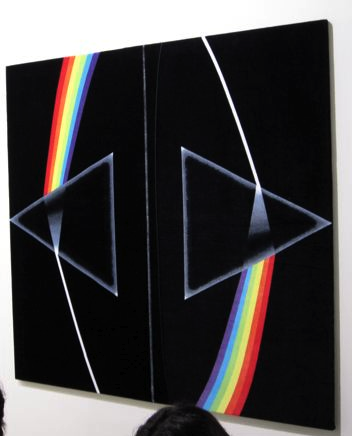 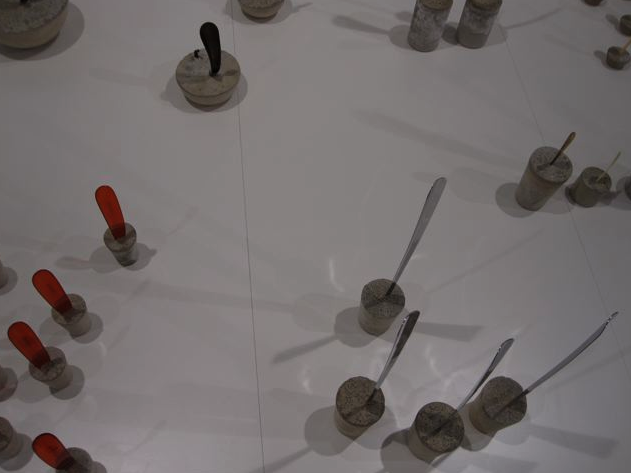 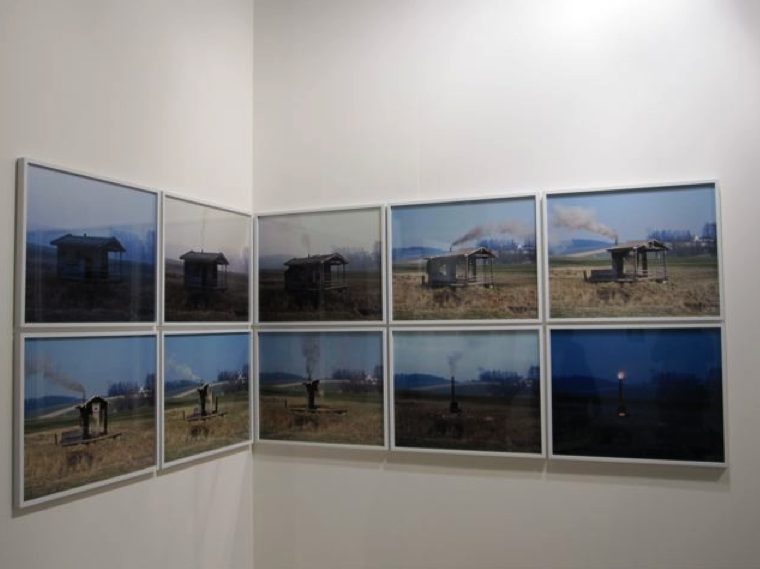 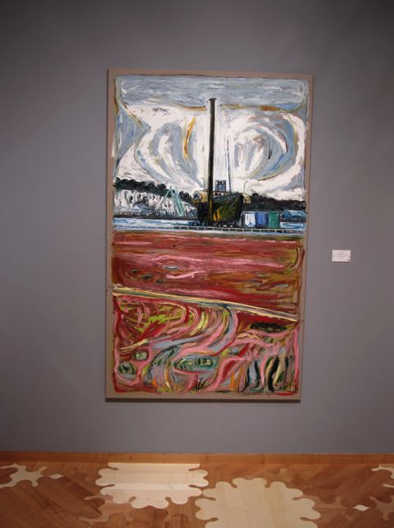 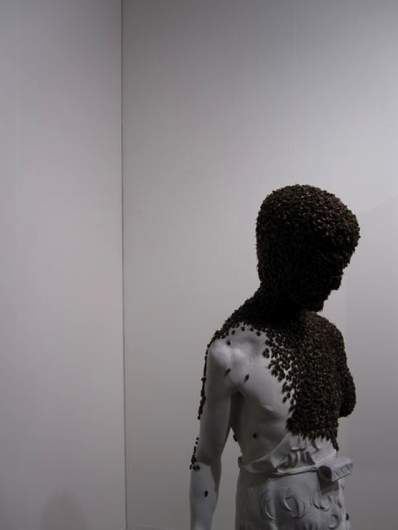 Lindsay Pollock and Charlotte Burns reporting for The Art Newspaper note that some galleries, notably Barbara Gladstone Gallery, Richard Gray Gallery, and Casey Kaplan Gallery, have been using Art Basel as a platform to sell works by lesser known artists such as Cecilia Edefalk, Jan Tichy, and Marlo Pascual, respectively, by giving them prime positions in their booths alongside blue-chip artworks. Overall, gallerists are feeling positive about the art market, but some remain on the side of caution since the recession. According to The Art Newspaper, Andrew Richards, director of Marian Goodman Gallery stated earlier that, “the market’s much better, but it’s never going to go back to where it was.” On the other hand, the New York Times reports that, “booths are filled with a commercial smorgasbord of popular artists,” and that dealers are not taking as many risks with their artworks as they were last year. According to The New York Times, Tobias Meyer (director of Sotheby’s contemporary art department) stated, “There’s not the impulse shopping there once was. New buyers are coming here as much for information gathering as for collecting.” Bloomberg reports that collectors are being more cautious and quote Frank Demaegd of Zeno X Gallery–“There’s less speculation. People don’t come thinking that if they buy something it will double in price in one or two years.” Artnet agrees with Bloomberg and the New York Times, reporting that both dealers and collectors are being more selective, choosing to focus on the quality, instead of the investment value, of the pieces. While there may not be as many new artists in this year’s Basel, reports still indicate that many works have been sold, giving dealers hope for an economic upturn. Tim Blum, director of Blum & Poe, stated to Art Info earlier that at least 40 percent of buyers so far have been new clients, indicating that newer collectors are feeling confident enough to start purchasing alongside the bigger collectors.

This entry was posted on Friday, June 18th, 2010 at 1:57 pm and is filed under AO On Site, Art News. You can follow any responses to this entry through the RSS 2.0 feed. You can leave a response, or trackback from your own site.