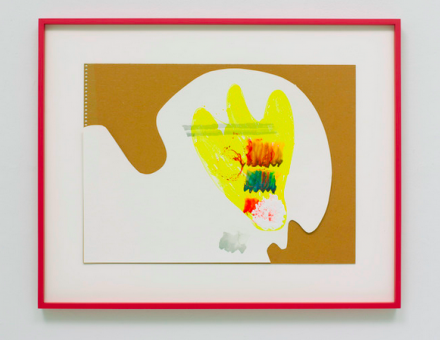 As the New York art world returns home following the Biennale previews last week, the first days of the Frieze Art Fair are set to get underway.  Opening its doors to VIPs this Wednesday, May 13th, the fair brings a number of events, openings and exhibitions along with it, marking the last major fair week in the U.S. for several months, and penultimate major fair week internationally before the slow summer months. 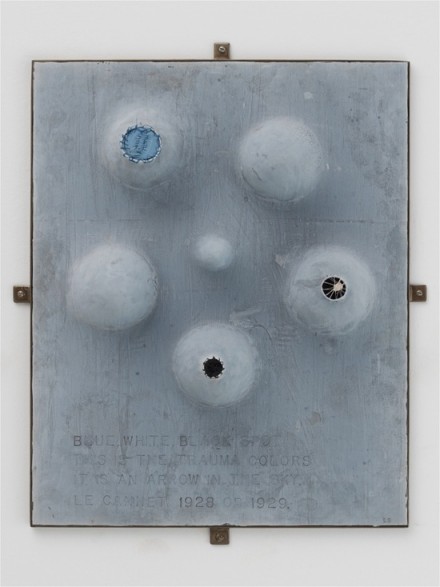 Louise Bourgeois, The Trauma Colours (1999), via Hauser and Wirth

Sitting at the center of the week’s proceedings is Frieze Art Fair, the annual draw to Randall’s Island that has quickly established itself as one of the world’s prominent fair events.  Building off the success of its sister fair in London, the third year of Frieze’s New York edition looks to build on its previous successes, with a curated roster of events and projects that will once again take advantage of New York’s rapidly warming weather. 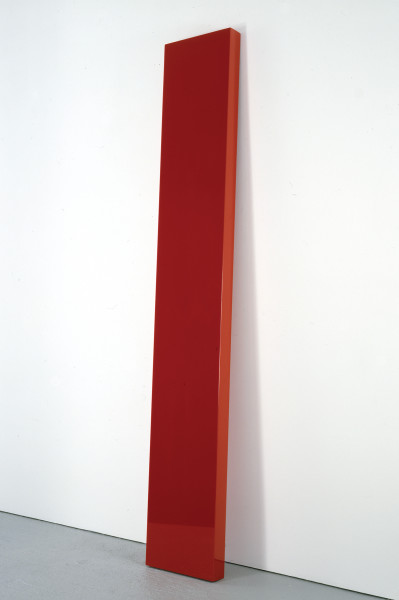 At David Zwirner, the gallery will present the works of John McCracken and Franz West, a divergent pairing of sculptors that should offer ample ground for comparison. Meanwhile, Hauser and Wirth will focus on the work of Mary Heilmann, Paul McCarthy, Juan Muñoz and Louise Bourgeois, a selection of works that take industrial processes and textures as a starting point for the exploration of diverse themes. Other shows include Peres Projects’ group exhibition at its booth, including work from a group of gallery artists, including Mike Bouchet, Mark Flood, Dorothy Iannone and Brent Wadden, while Pace Gallery will bring a selection of colorful works by Richard Tuttle, small-scale pieces incorporating bright cut paper and paint that call to mind a new take on Matisse’s iconic cut-outs. 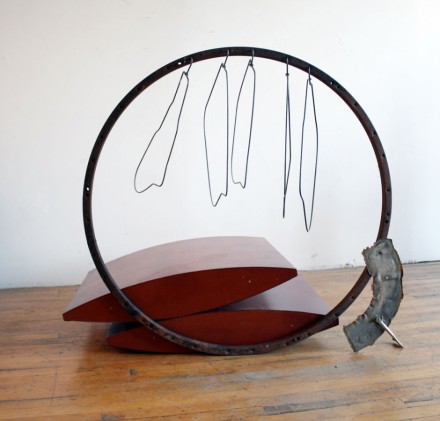 In the gallery Focus section, Foxy Production will be showing the work of artist Sarah Cwynar, including manipulated photos and colorful, graphic charts, playing on notions of nostalgia and early digital image construction. Other notable attractions include a lecture by critic and aspiring Internet firebrand Jerry Saltz, whose talk is fittingly, and irreverently named Ask Jerry. Also of note is a lecture on the shifting forms and new opportunities for collective practice, featuring Alexander Provan of Triple Canopy, Abdullah Al-Mutairi of Arabic collective GCC, Jamal Cyrus of Otabenga Jones & Associates and Dena Yago from “trend forecasting” group K-HOLE. 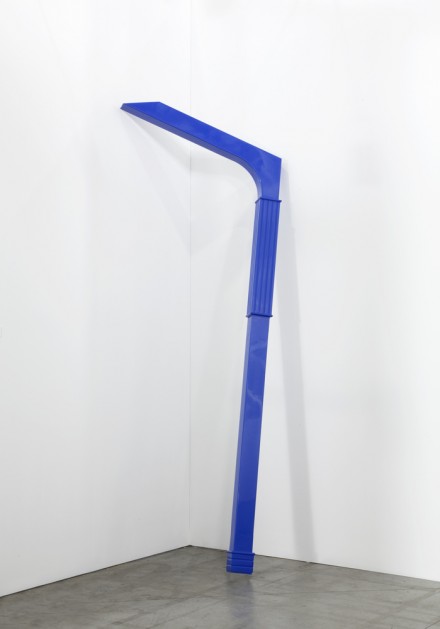 Further south, on Pier 36’s Basketball City complex, NADA also returns its popular alternative to the high-glitz production of Frieze, with a roster of young galleries, those focused on emerging artists, and a strong handful of artist spaces and project galleries that often make NADA’s events feel like a community gathering rather than a major market event.  This year, the fair’s projects section will focus on a number of presentation-based performances and pieces, benefitting from the event’s new stage design, finally providing a central space for a fair that often allowed its programming to spill into the aisles and lounges of the event.   Bruce High Quality Foundation University will host a Transparent Critique on Friday, nodding to its shift towards public programming and active engagement with participants, while the Detroit-based, artist-run What Pipeline will present “Light Stain, readings from Isaac Pool.” Also highlighting the event is a conversation with a number of artists showing at the New Museum Triennial this year. Of course, the event will also feature its ongoing artist collaborations with Print All Over Me, offering specially designed fashions by Bjorn Copeland and Daniel Heidkamp. 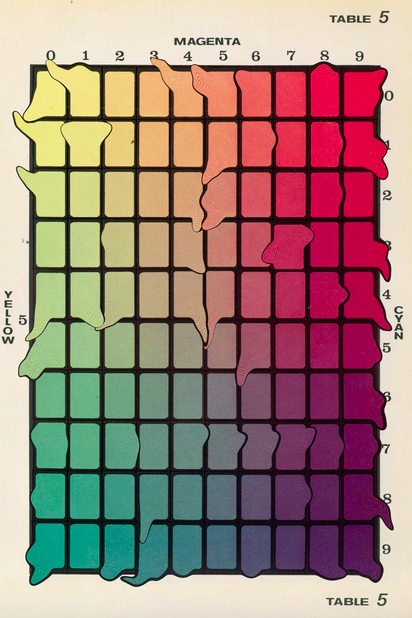 Other notable exhibitions include a presentation of works by Georgia Dickie and Andrea Pinheiro at Toronto mainstay Cooper Cole, while Invisible-Exports will present a series of enigmatic sculptures and paintings by Paul Gabrielli, Matthew Porter and Scott Treleaven, 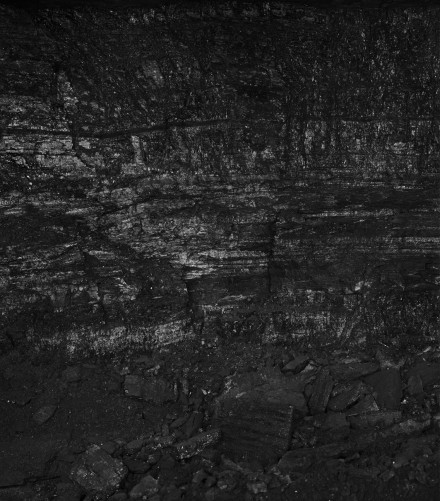 The New York spring art auctions will also be taking place this week, adding an additional set of high-stakes sales to the mix. Christie’s already capped the first auction of the week this past evening with its record-smashing Looking Forward to the Past sale, and sales will continue tonight at Sotheby’s for its main event Post-War and Contemporary Sale, before Christie’s hosts its sale Wednesday, not to mention its Impressionist sale this Thursday, held alongside the Phillips Contemporary sale. 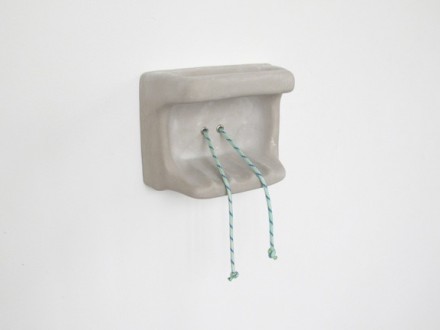 Alongside these sales, a number of high profile exhibitions are set to open, or have just opened their doors across the city. Skarstedt Gallery is presenting a series of new works by Georg Baselitz, who just premiered a series of immense portraits last week in Venice, while Salon 94 will open a show of works by Huma Bhaba, another Venice participant. Ellsworth Kelly is also showing new work at Matthew Marks, continuing his prolific production at the age of 91.

Frieze Week kicks off tomorrow with the VIP preview for Frieze New York, and will run through Saturday, May 17th. 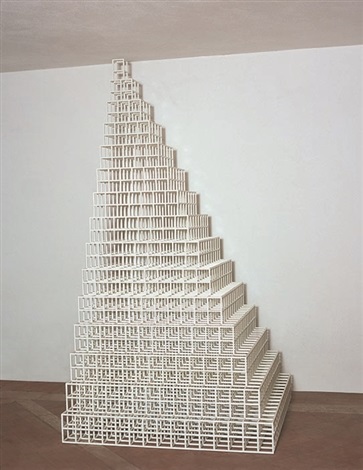 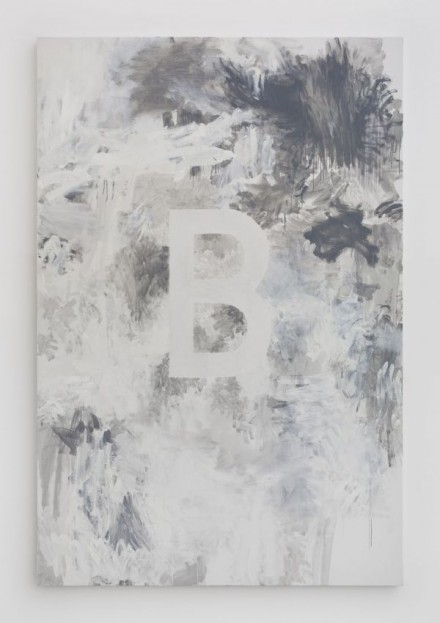 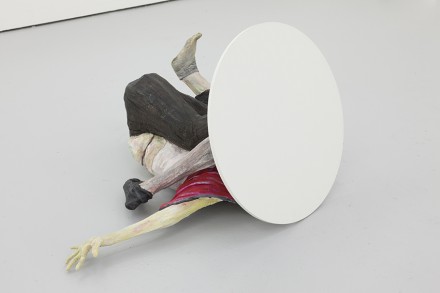 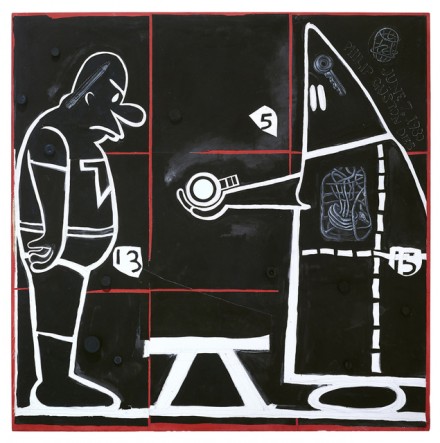 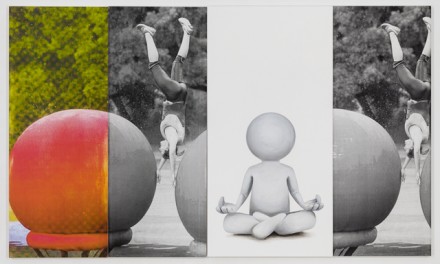 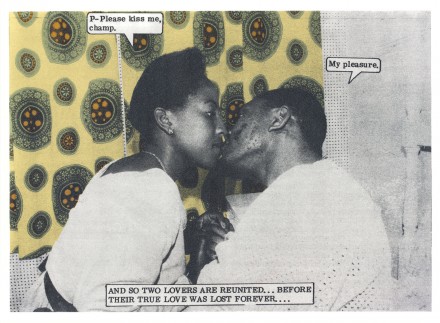 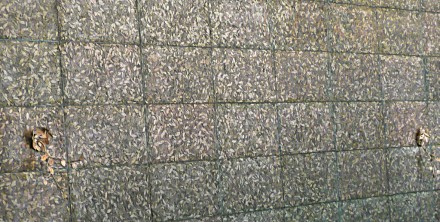 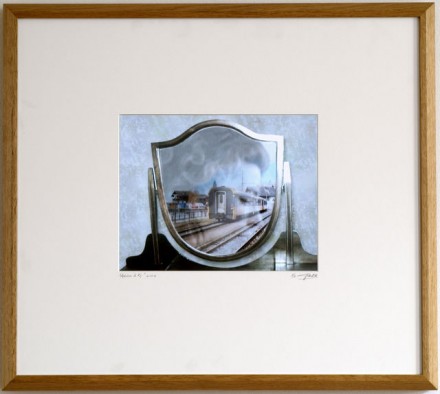 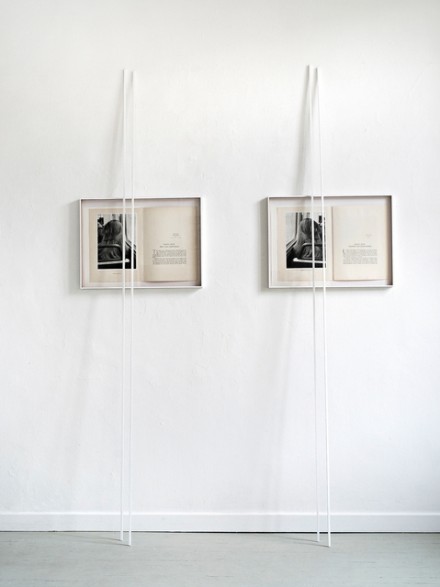 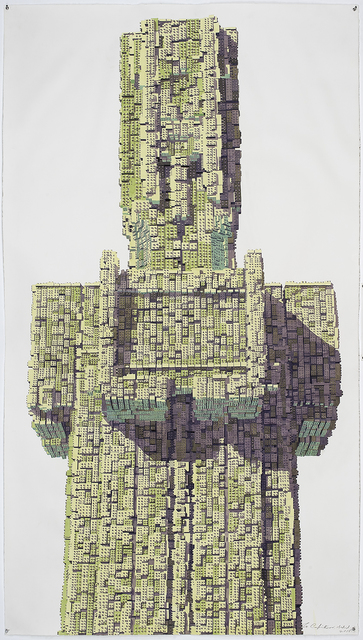 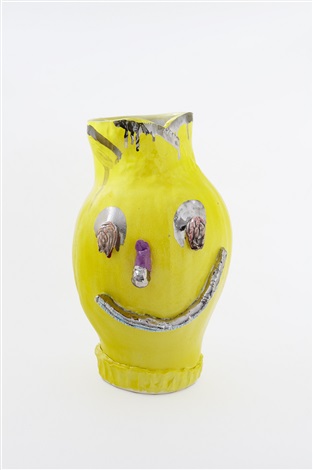 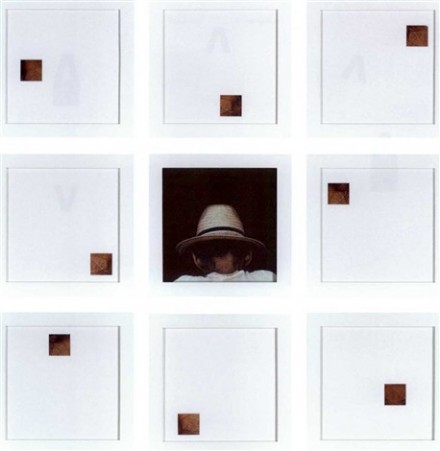 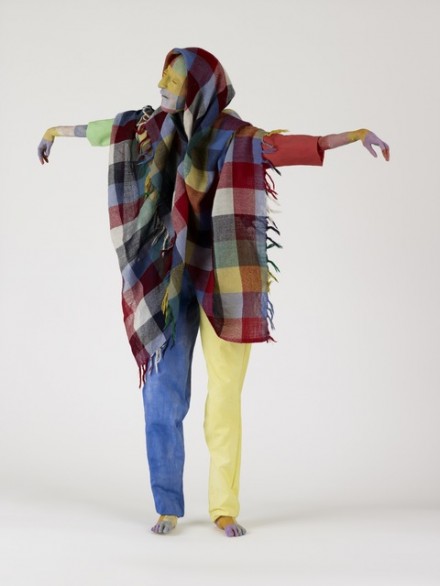 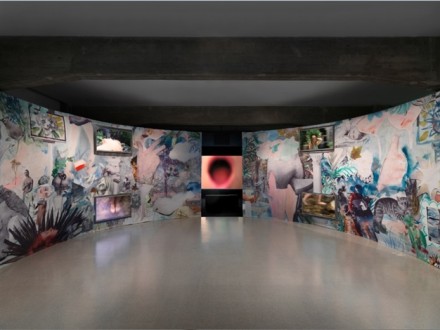 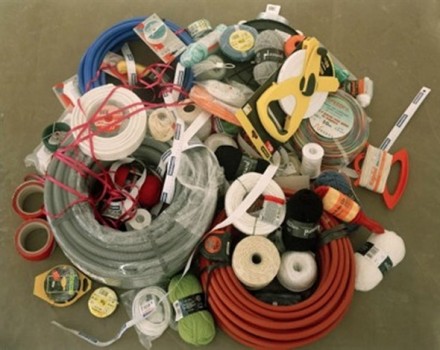 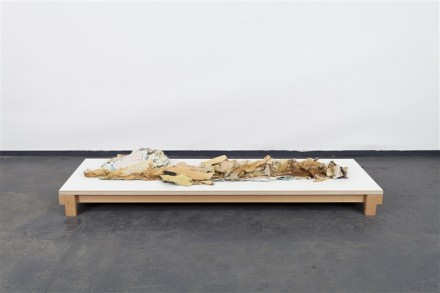 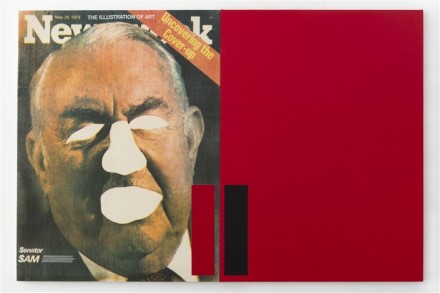 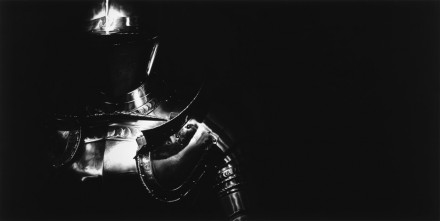 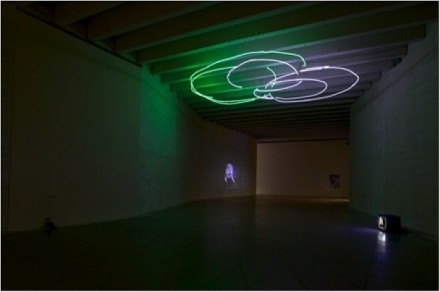 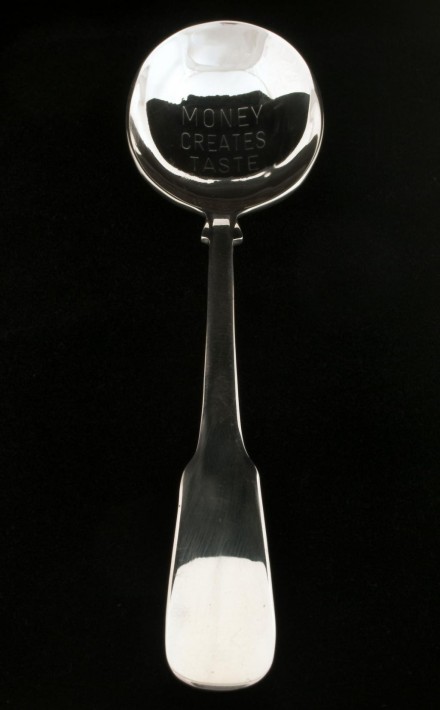 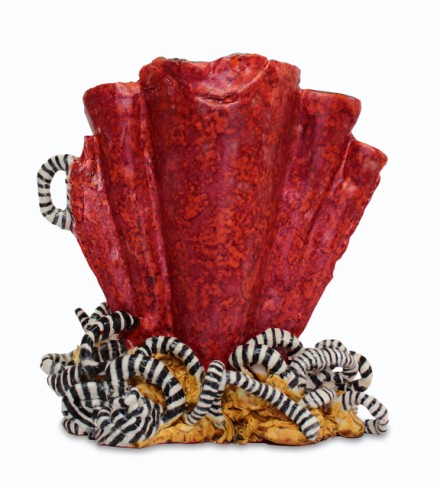 This entry was posted on Tuesday, May 12th, 2015 at 3:04 pm and is filed under Art Fair, Art News, Featured Post, Show. You can follow any responses to this entry through the RSS 2.0 feed. You can leave a response, or trackback from your own site.